Kyle shares another round of must-know up-and-coming MLB prospects. 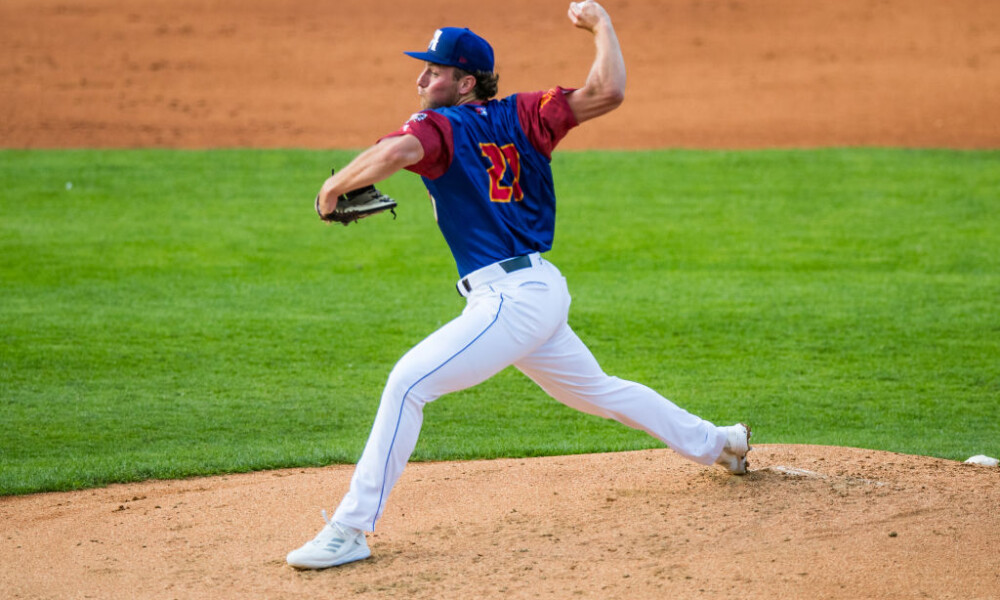 Welcome to Fantasy Baseball Prospect Watch! This weekly feature will list and give updates on minor-league prospects that are trending up, with a chance to make an impact in the MLB – and for your fantasy teams – sooner rather than later.

The 20 year-old number eight overall prospect looks primed to move quickly throughout the minors. Since entering the minors in 2019 Luciano has posted a .898 OPS, and currently owns a slash line of .288/.360/.507 to go along with eight home runs and 17 RBI. He has already positioned himself to set a new career-best in total home runs and should move up to AA before the season’s end. Luciano’s bat speed is his best attribute, and he possesses one of the best power bats in the minor leagues. However, he lacks great range, and speed, and will more than likely end up at a corner outfield position when he arrives in San Francisco. Still, fantasy owners will find a lot to like about Luciano given the fact he is destined for the middle of the batting order. He has yet to move forward from Single A, but when he does, he will continue to move fast. If not 2023, there is no double Luciano will be apart of the Giants' Opening Day roster in 2024.

OF Pete Crow-Armstrong, OF Chicago Cubs

The Cubs acquired Pete Crow-Armstrong last season in the deal that sent Javier Báez to the New York Mets. Since his arrival with the Cubs, Crow-Armstrong is quickly making a name for himself throughout the organization. He started the 2022 season in low-A before moving to high-A after 38 games. Through 47 games, he owns a slash line of .321/.398/.536 with nine home runs and 31 RBI. Add in 13 steals, and Crow-Armstrong is having the best season of his minor league career. Fantasy owners should be excited for a player like Crow-Armstrong as he will hit toward the top of the Cubs order and should supply a healthy number of runs scored and stolen bases. It remains to be seen if he will develop more power as he continues to advance in the minors, but he should have enough to at least reach 20+ home runs consistently.

The Cleveland Guardians could soon find themselves in quite the predicament. They currently sit atop the AL Central tied with the Minnesota Twins. If they were out of contention, the writing would have been on the wall for them to move Shane Bieber. However, it remains to be seen where they will find themselves come the trade deadline, and there could be repercussions for a player like Peyton Battenfield. If the Guardians decide to keep Bieber, this could delay Battenfield’s arrival to Cleveland, but if he is dealt, Battenfield should be called up immediately upon Bieber’s departure. Battenfield started the 2022 at Triple-A Columbus and has been phenomenal through 14 starts to the tone of a 2.82 ERA, 1.15 WHIP and 52 strikeouts. While he may not possess the electric fastball that many prospects have, the righty does hover in the mid-to-upper 90s with an advanced curve/slider. Even if he is not destined to be a number one or two, he should carry enough value given he does not walk a high number of batters. Battenfield is an interesting pitcher for fantasy owners to monitor as the trade deadline approaches.

Pfaadt may be an unknown to the fantasy universe, but he is a pitcher fantasy owners need to start monitoring immediately. The 2020 fifth round draft pick is quickly making a name for himself, and has yet to have a season, since his collegiate days, where he does not finish with more than a strikeout per inning pitched. Through 13 starts, Pfaadt owns a 1.13 WHIP to go along with 96 strikeouts in 72.1 innings pitched. Much of this is attributed to his fastball that consistently sits between 93-95 MPH while topping out around 97 MPH coupled with his outstanding changeup. His last start came on June 23, where he flirted with a no hitter through five innings and finished the game with 12 strikeouts. The righty keeps getting better, and he should move to AAA by season’s end. Should the Diamondbacks need an extra starter in the near future, it is not out of the realm of possibility that they give him a shot with the Big League club for a spot start.