Bryan Armetta gives his take on three early-round RBs you can put your faith in for 2022. 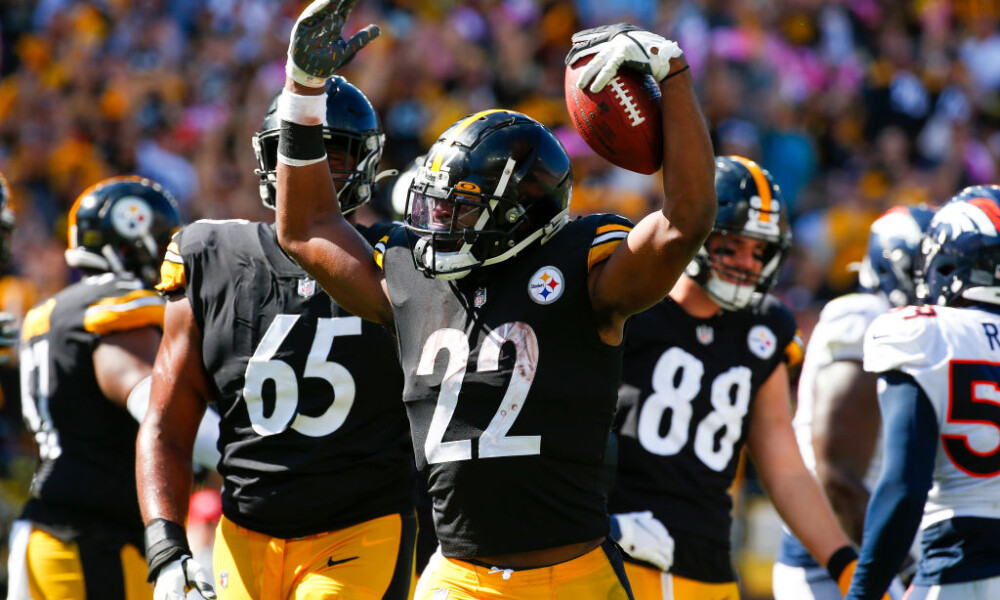 Everyone’s got a plan … until their RB1 is injured or underperforms. Even the best of drafts can be derailed by a major decline at the most important position in fantasy football, supporting the idea that a season can’t be won in the draft’s first three rounds, but it can certainly be lost. Here are three top-tier running backs (other than clear-cut number one pick Jonathan Taylor) that managers should feel fairly confident in drafting this season.

I’ve expressed some caution for Harris this coming season, but that doesn’t mean I’m entirely out on drafting him depending on how the first round goes. This is still a young ‘back playing in just his second season for a coach in Mike Tomlin that loves to have a three-down workhorse on the field. The volume from Ben Roethlisberger’s dump off passes won’t be quite as high this year, which lowers Harris’ ceiling a bit in PPR formats. However, the Steelers should have a better overall offense with one of Mitch Trubisky or Kenny Pickett at quarterback. That could mean more TDs than last year for Harris (10), which might make up for any dip in catches.

Do I consider Najee to be a top-four RB like other fantasy analysts? Not quite, and I’d avoid selecting him with any of the first five picks of the draft. However, should he slip any further than that, fantasy managers would be getting one of the best floors for production in the entire league at a relatively affordable price. If he continues to be fed touches, like last season’s league-leading total, Harris will almost certainly retain first-round value.

Right now, Aaron Jones is likely being selected in the second-to-third round range. It makes sense; Jones was good not great last year, finishing as the RB11 in PPR leagues over 15 games played. Part of the reason was backup AJ Dillon, the bane of many Jones owners’ existences. Head coach Matt LaFleur seemed more than willing to alternate workloads between the two running backs, making Jones’ usage feel far too random for someone frequently drafted in the first round.

So, with such an odd season fresh on everyone’s mind, why is Jones one of the safer high-end RBs you can draft? For starters, the loss of Davante Adams, while potentially harmful for Green Bay’s offense, means more work for Jones, one of the best pass-catching running backs in the NFL. Since 2019, he’s seventh in the league in receptions by a running back, and he’s always received a significantly higher target share in games where Adams was unable to play. Dillon will still be a factor, but ceding some ground work will be a positive for Jones’ health, and he still has Aaron Rodgers on his team, which means 10 touchdowns is likely his floor. Considering where he’s being taken in drafts, Jones feels like one of the safest options at any position in the second round.

News of Kareem Hunt’s trade request, coupled with the NFL’s appeal of Deshaun Watson’s six-game suspension, has made this a chaotic offseason in Cleveland. However, Nick Chubb is still Nick Chubb. One of the best pure runners in the league, the four-year veteran has rushed for over 1,000 yards in each of the past three seasons to go along with 28 touchdowns. While nagging injuries remain a concern (Chubb has missed six games over the last two seasons), it’s clear that the Browns have molded their offense around their running game, something that should still be the case when, or if, Watson plays this year.

The knock on Chubb, especially in PPR leagues, is a lack of involvement in the passing game, as he’s averaged just 1.6 receptions per game for his career. However, Chubb hasn’t needed to catch the ball to remain a major fantasy contributor; he’s finished no worse than the RB11 since 2019. The combination of a potential Hunt departure and upgrading to Watson at quarterback could also mean more work in passing situations. Regardless, the Browns offense should be in scoring position more often in 2021, and Chubb has proven he can be a fantasy star even with mediocre production behind center. Don’t expect a top-five season, but ol' reliable Nick is someone you can always count on.