Make sure to use Lucas' NBA waiver pickups to stay one step ahead of your leaguemates and find diamonds in the rough! 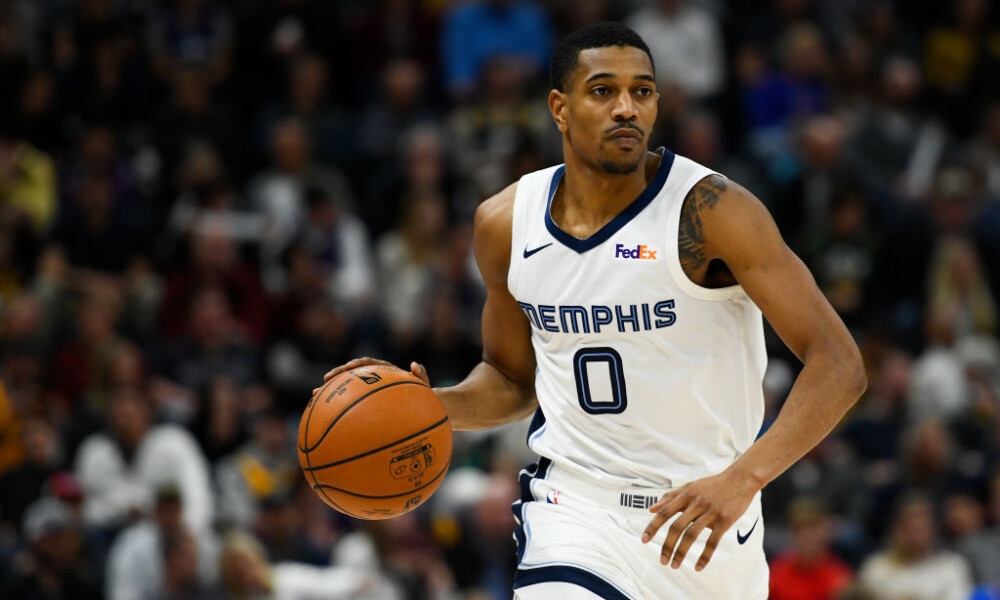 Reminder: Keep working hard to find good matchups, add players on the rise and churning your roster, despite COVID issues. It is depressing to see key players miss games for COVID, but the longer you can sustain working to improve your team, the better! Some of the names moving forward will be repeat names, as we have really churned up the pool, but we will do our best to give you the best pickups each week.

A repeat mention from last week, the opportunity is there for Dosunmu to play 35+ minutes a night, he has played a ton since the Bulls lost Lonzo Ball and Alex Caruso to injury. He can fill it up for 20+ points occasionally on the right night, has the minutes played to rack up defensive stats and rebounds well for a guard given his 6’5 frame and nose for the ball.

Another good rebounding guard, Melton is a good real-life player whose only downside is that he’s not a full-time starter, as he’s able to truly do it all! With Tyus Jones on the shelf with an injury, Melton has averaged 13.3 PPG, 4.0 APG and 2.5 steals/blocks per game! This is a talented guy in a coherent offense that should help some fantasy teams if you need a guard to plug in.

A player with a bright future, Vassell is exactly the type of player I’d want on my real-life team, and he is getting enough opportunities and shots in fantasy to warrant an add in all league formats. Vassell is a smooth shooter of the catch or dribble, and at age 21 there’s more to tap into moving forward. Over his last 10 games, the former lottery pick has averaged 26 minutes per game, with 12.8 PPG, 5.2 RPG and 1.3 steals/blocks per game as well, with solid shooting ratios to boot!

With Indy missing guys constantly with injury issues, Holiday has seen an uptick in shot attempts, something that shouldn’t be ignored for those looking to stream three-point shooters! His firm role in the rotation is a selling point as well given the Pacers’ lack of better alternatives.

This formerly anonymous waiver wire pickup has gone from speculative play to must-roster in all formats – even 10-teamers! He ranks inside the top 50 on traditional 9-cat Yahoo leagues, yet he is available to add in 41% of Yahoo leagues.

Thybulle presents a little more real-life value than fantasy value since he doesn’t score the ball much, but if you are hurting for steals/blocks, he can provide both of those in bunches without turning the ball over or hurting your shooting ratios since he rarely shoots the ball enough for his volume to affect those numbers.

A bouncy pogo stick with shot-blocking ability, Clarke is an excellent streamer or long-term fit for blocks, double-digit points scored and enough rebounds to justify his roster spot. Unless Memphis reduces Steven Adams’ role, this will be what Clarke is since he cannot play with Adams and Jaren Jackson, so only two of those bigs can play at the same time.

A unique shot-blocking PF/C type for the Mavs, Kleber can hit 3’s on top of his blocks, making him a nice combination of upside and entrenched role for the Mavs. He is unlikely to top 30 minutes played in a game due to his back issues, which can occasionally bark. He is what he is, but as a blocks streamer you could do worse!

With Rudy Gobert sidelined for now with a calf injury, Whiteside slides into his place seamlessly and is walking double-double whenever he plays 24+ minutes. A high-end streamer while Gobert is out.

A rare center who is a standout in assists, Plumlee is low-upside, but if you are an assist-needy team who can use a center, this is the guy!