If you're not going to pay up for one of the elite tight ends, Jayson Braddock has a sleeper pick that could pay off big. 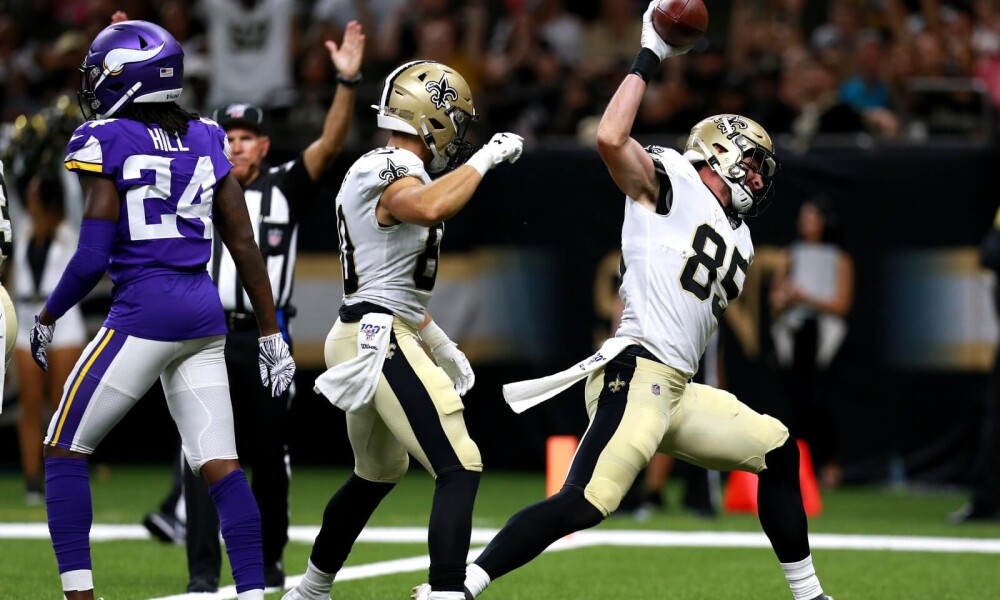 Dan Arnold finished last season with multiple receptions in his last five consecutive games as he put up 13 receptions for 213 yards and three touchdowns during that span. He managed to surpass 46+ receiving yards in three of those five games. In the previous 26 games of his career leading up to those final five last season, he had only surpassed 45 receiving yards in two other games (12/29/19 & 10/25/20).

Arnold played wide receiver in college for the Wisconsin-Platteville Pioneers. Back at his pro day in 2017, he measured 6’5 - 220 with a 39.5” vertical and a 4.63 forty time. He went undrafted due to the level of competition he faced and a tweener label. The New Orleans Saints signed him and when they decided to move him to tight end, current Detroit Lions Head Coach, Dan Campbell was the tight end coach and he was chiefly responsible for Arnold’s conversion.

Before Joe Brady was turning Joe Burrow into a beast at LSU, he spent two seasons with the New Orleans Saints as their offensive assistant. During those two seasons, Arnold just happened to be a receiver converting to a tight end on the roster. Brady is now the offensive coordinator for the Carolina Panthers and a major factor in Arnold being on the roster. Brady’s offenses spread the ball around, Arnold is 26, going into his fifth year in the league and coming off the best span of his career.

Arnold could put up better numbers in his fifth NFL season than his career totals through his first four years combined (51 receptions / 715 yards / 7 touchdowns).