Injuries can change things in a flash. Jayson Braddock offers up a young back who could reward you handsomely if he gets the chance. 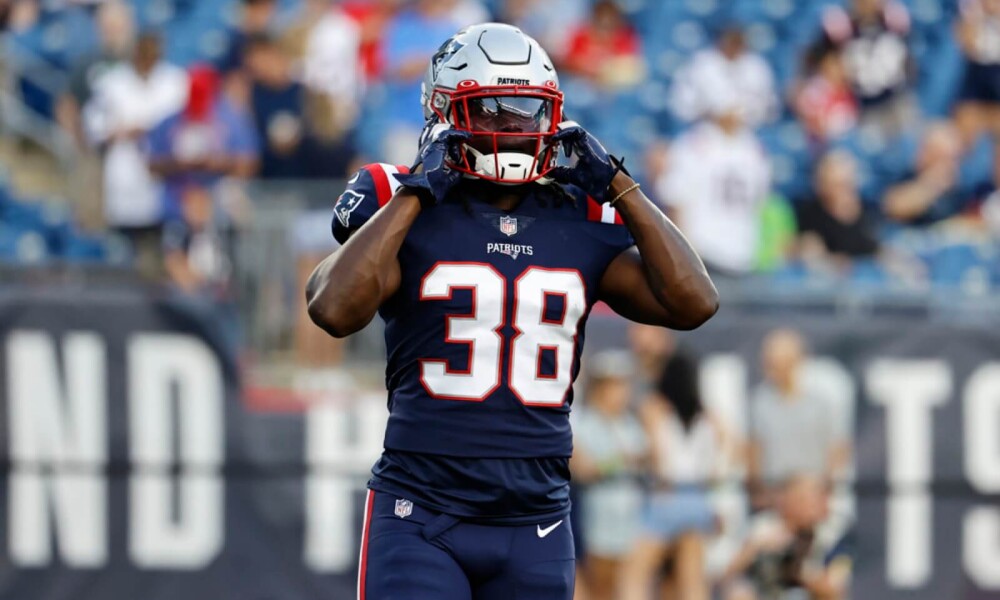 The New England Patriots rookie fourth-rounder, Rhamondre Stevenson burst onto the scene in his first NFL preseason action. He rushed 10 times for 127 yards and two touchdowns. Of those 127 yards, 91 came on one carry. He still averaged 4.0 YPC on his other nine carries for 36 yards and another touchdown.

Stevenson was drafted in the fourth round with pick 120 overall. In my annual pre-draft rankings, I had Stevenson as the sixth-best running back in this class and put a third-round grade on him. While at Oklahoma in 2019 and 2020 he ran the ball a total of 165 times and averaged 7.2 YPC.

In our draft kit at DrRoto.com, I had this to say about Stevenson in his rookie primer, “At 6-foot, 246 pounds, Stevenson ran a 4.60 40. In college, his style was similar to Le’Veon Bell’s at Michigan State. Bell played at 244 pounds and ran the same 4.60 40. Just like with Bell in college, Stevenson didn’t run like a big power back. He’s patient to set up his blocks, easily spins out of tackles despite his size, and has a powerful stiff-arm to create space.”

Stevenson is the future of the running back position in New England. James White and Sony Michel are in contract years and New England could save almost $1.8 million by trading Michel this season. Damien Harris is set to be a free agent after next season.

While the future is Stevenson’s in New England, it’ll be hard for Bill Belichick to keep the young back stabled in 2021. His pass blocking ability will allow Belichick to trust him on the field as a rookie and talent-wise, he’s already the most complete back for the Patriots.

When drafting for season long, you have to consider all variables. “What if the Patriots trade Michel before the season?” Also, “What if Harris was to get banged up during this season in which so many players will suffer injuries?”

Yes, they are “what-ifs,” but that’s the game you have to play when looking for “steals”. If those two situations played out, Stevenson is the number one back for the Patriots. Those aren’t far-fetched “what-ifs” and if they happen, you nabbed a stud for a low cost.