The hype is overblown! Jayson Braddock sounds a warning alarm on the nine most overrated and over-drafted players for 2021fantasy football. 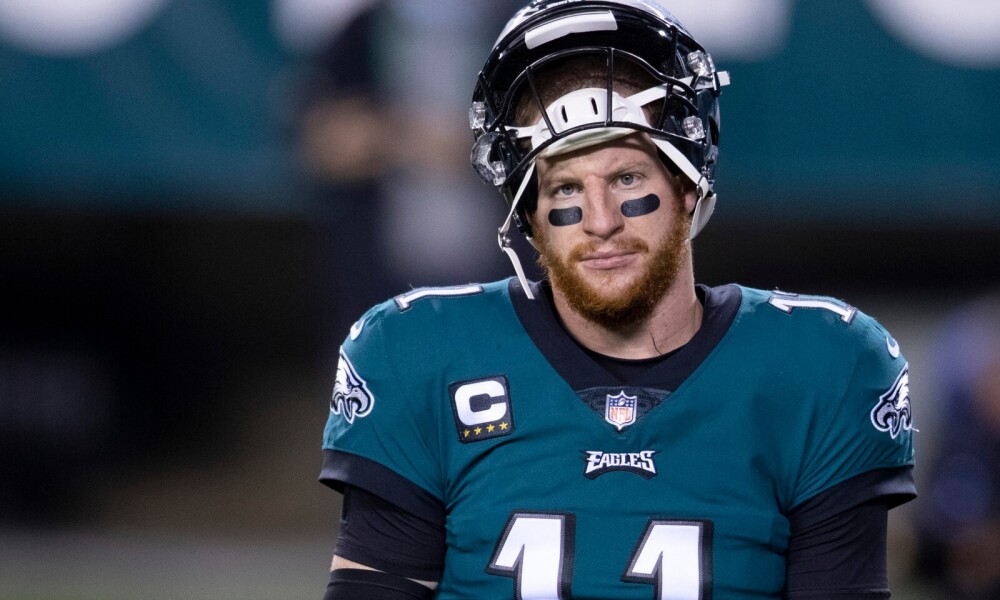 The final week of the preseason is in the books and we have almost a week and a half before the NFL regular season kicks off. As you enter your draft(s), be sure to avoid these players at their current ADP.

I spotlighted nine players that I believe are being drafted consistently higher than their value. They are three QBs, three RBs, and three WRs with one rookie, a second-year player, and a veteran at each position.

Trevor Lawrence is going to be solid this year and will be a great NFL quarterback. The hype and name recognition have him being drafted consistently over 3-4 better fantasy quarterbacks for 2021. At Clemson, he made mostly half-field reads in a college offense that took advantage of the Tigers’ dominant talent advantage against other ACC competition. He’ll have to adjust to now, playing on a team that is not in the upper echelon of talent versus their competition. He also enters the league with a rookie NFL head coach in Urban Meyer.

Justin Herbert had a monster rookie season. The young man is legit, but he’s with a new coaching staff and has limited weapons. He basically has Keenan Allen, Jared Cook, and Austin Ekeler as receiving options. Mike Williams gets hurt every year. After that, it’s the rookie Josh Palmer and Tyron Johnson. Johnson is mostly a nine-route runner and Palmer is a possession receiver. What happens if Allen goes down or Cook? A three-wide set of Williams, Palmer, and Johnson with Donald Parham or Tre’ McKitty at tight end?

Carson Wentz gets hurt every season and to a different part of the body. Just because he’s coming back healthy, now, doesn’t mean it will stay that way. There are at least five better, fantasy quarterbacks, for this season, that are on the board when Wentz is being typically selected.

Najee Harris was a popular back coming out of the top college football program and then went to a team with one of the biggest fan bases in the Pittsburgh Steelers. The hype is high on Harris as there are typically 4-5 other running backs that should be selected before Harris for fantasy purposes this season, that get passed over for the rookie. The Steelers have completely remade their offensive line and these units take time to gel. Harris isn’t an instinctual runner and lacks great vision. He succeeds with a runway and a created hole.

D'Andre Swift entices people due to his impressive 4.6 YPC and 46 receptions as a rookie. Similar to Herbert, his rookie success doesn’t automatically mean huge fantasy growth in year two. He too has a new coaching staff and a new quarterback that isn’t as talented as his previous one. His receivers are lacking as well. Tyrell Williams, Quintez Cephus and Amon Ra-St. Brown are his top three receivers and that’s before the season even begins. Swift will have a spy and face-heavy boxes every game. He may not be ready to go in Week 1 as well, due to a groin injury.

Ja'Marr Chase draws similar name recognition to Lawrence and Harris. The fact that he played his last season in college with the guy that is now his starting quarterback in the pros is getting him an added bump as well. Chase was the top receiver in the draft, based on his film from two years ago with Joe Burrow at LSU. He didn’t play last season and players coming out of college after not playing the previous season, typically struggle more in their rookie season. We aren’t going to see the best Ja’Marr Chase, consistently, this year.

The San Francisco 49ers plan on executing a two-quarterback system with Jimmy Garoppolo and Trey Lance this season. In his rookie season, Brandon Aiyuk had to deal with the COVID protocols that led to a canceled preseason before going into a season in which Garoppolo, Nick Mullens, and C.J. Beathard all saw time as his quarterbacks. Lance, when he enters the game, will be Aiyuk’s fourth quarterback that he’s played in a regular-season game with, in his first two seasons. In the preseason this year, Aiyuk didn’t build chemistry in-game with his quarterbacks as he only had one reception for three yards on four targets.

As a rookie, Odell Beckham Jr. caught 70% of his 130 targets. In his last two seasons, he has a catch rate of 55.1%. He has played in 39 games in his last four seasons while missing 25 others. He hasn’t hit the 80-reception mark or seven touchdowns in a season in five years. He’s averaged four receiving touchdowns over his last four seasons. This isn’t the Beckham Jr. from half a decade ago. The Cleveland Browns offense will be electric but Jarvis Landry is the team’s No. 1 receiver, working out of the slot. Rashard Higgins is the reliable possession receiver that is always where he’s supposed to be. Donovan Peoples-Jones will flourish in year two, and rookie Anthony Schwartz will use his dynamic speed to take the top off of defenses or catch them sleeping on a tunnel screen. Also, pulling targets away from Beckham Jr. is a deep group of tight ends and running backs as