NFL DFS: Build Around These 5 QBs On DraftKings

Jayson Braddock finds the sweet spot with five QBs to build around for Week 1 DFS action on DraftKings. 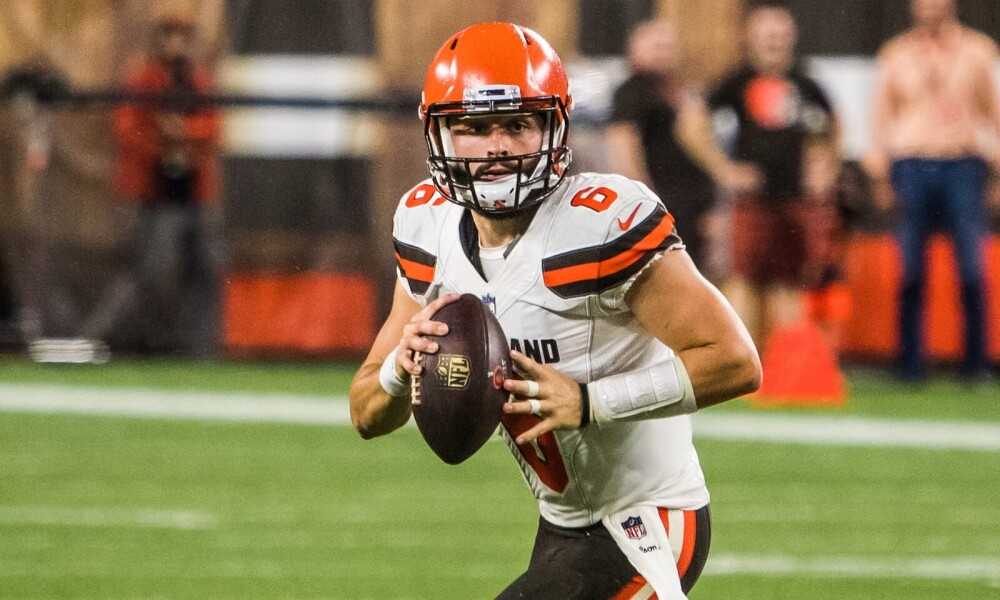 The NFL kicks its season off in less than a week and a few days later we get to see a Sunday full of regular-season action. As I look towards the start of the season, I decided to focus on the Week 1 main slate of games and see who I would build around based on projections, matchups, health, and roster construction, among other variables that directly impact the fantasy output for each player's Week 1 performance.

5 QBs to Build Around on Week 1 DraftKings

I’ve zeroed in on five quarterbacks that I like for varying reasons. All of them fall in the $4,800-$6,000 range in salary for DK. I’ve included a brief write-up on why each makes sense. For more detailed breakdowns, register for one of our premium packages and use my special discount code FANTASY.

Over his last eight seasons, Matt Ryan has averaged 343.5 passing yards and 2.125 touchdowns in his first home game to start the season. I’m betting on him to do what he’s done for eight years straight and hopefully link up with his new massive target to make that 2.125 look more like a 4.0.

Mayfield ended last season by averaging 285.5 passing yards over his last six games. He threw for 11 touchdowns and one interception during that span. Laugh if you want, but the Browns are quietly in the hunt. They will fight with the Chiefs in this game and Mayfield will have to throw the ball a lot. Cleveland has a ton of weapons on offense for 2021 and he’ll maximize their talent.

It was 10 years ago when Cam Newton passed for 420+ yards in back-to-back games to start his career. Wilson has that type of potential. At $5,000, he’s definitely worth building around. The Panthers have talent and speed on their defense, so you probably want to take a week, dip a toe in the water and check the temperature on the rookie, but scared money makes no money. Dive headfirst into Week 1!

Darnold and Robby Anderson aren’t going to let the New York Jets come into their house in Week 1 and not put up a fight. Darnold and Wilson will have to outduel each other with Darnold getting the added bonus of checking down to Christian McCaffrey for free first downs. I like both of these quarterbacks at $5,000.

A Bridgewater / Jerry Jeudy stack and they’re both only $4,800 apiece. Are the Giants the 1985 Chicago Bears? They only have one guy on their team that has recorded more than five sacks in a season; Leonard Williams. The secondary doesn’t scare you. While Bridgewater isn’t the most elite quarterback in the league, $4,800 is borderline disrespectful.