Jayson Braddock identifies his favorite NFL prop bets for the regular season, plus a few long shots to consider. 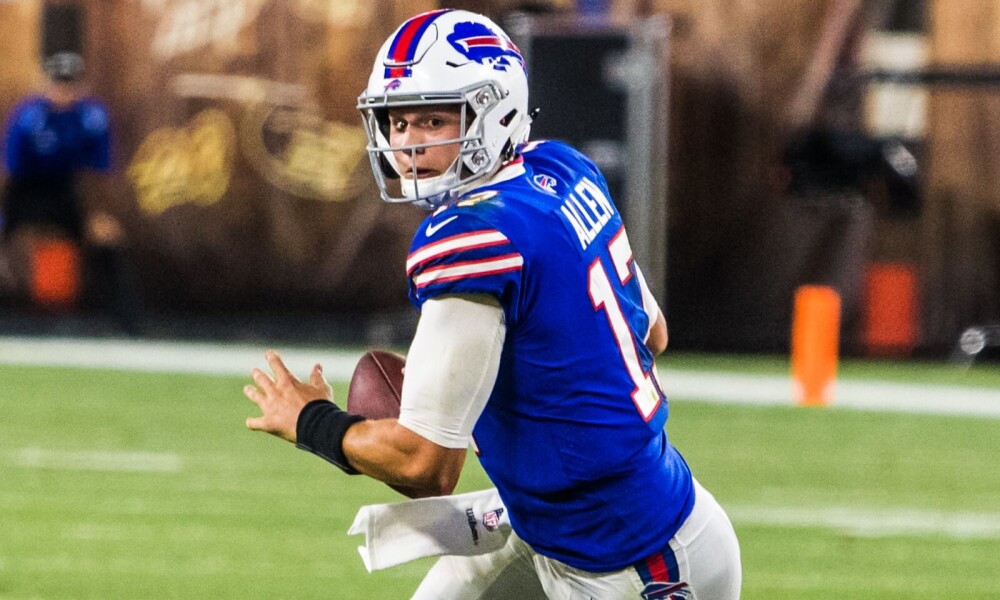 Training camps and the preseason are in the books, rosters are down to 53 and the regular season kicks off in just a few days. It’s time to take our last look at a few seasonal NFL prop bets. I found some traditional props I liked at Bovada along with some intriguing ones worth considering.

Offensive Player of the Year

+1500 Josh Allen - He threw for 4,500 yards and 37 touchdowns while running for 400 yards and eight more touchdowns. He only completed 53% of his passes as a rookie and 59% in his second year before finishing fourth in the NFL in completion percentage last season at 69.2%. He’s only getting better. In his last eight games (5 regular season / 3 postseason) he recorded 23 total touchdowns to three interceptions.

Offensive Rookie of the Year

+650 Zach Wilson - The New York Jets are going to have to throw the ball a lot this year to stay in games. They have the right quarterback to do so. Wilson will put up surprising numbers in his rookie season.

+750 Justin Fields - It doesn’t matter if Andy Dalton “starts” Week 1. This is Fields' job and he’ll get it sooner rather than later. Despite being selected a little later than Trevor Lawrence and Zach Wilson, his overall talent is right there with that duo. He’ll add electricity to the Chicago Bears' offense.

+1000 Kyle Pitts - I typically don’t touch rookie tight ends in fantasy drafts and don’t expect much out of them. Pitts isn’t a typical tight end. Not only talent-wise, but in his skill set as well. He will get production as a tight end and as a receiver this year, despite his title.

+8000 Terrace Marshall Jr - If you really want to take a long shot, Marshall is the smart money. He’s the number three receiver in Joe Brady’s offense with the Carolina Panthers. The rookie, Marshall Jr has experience with Joe Brady’s schemes from his time with him at LSU. As D.J. Moore, Robby Anderson, Christian McCaffrey, and Dan Arnold pull the bulk of the attention, Marshall Jr can just feast.

+550 Myles Garrett - Garrett is turning into what everyone thought he had the opportunity to develop into. He’s heading into his prime and looks like a complete monster. The Cleveland Browns are legit on both sides of the ball. There are too many talented defenders for offenses to give Garrett the attention he deserves down in and down out.

+6600 Fred Warner - The San Francisco 49ers have studs on their defense but Warner is the Jenga block of the unit. DeMeco Ryans takes over as his new defensive coordinator and Ryans was made for the job. As a rookie for the Houston Texans, they were already calling the middle linebacker, coach as he led immediately. He’ll get everything out of Warner this year.

Defensive Rookie of the Year

+1200 Jeremiah Owusu-Koramoah - I love this kid’s abilities. He flies around on defense. The Cleveland Browns’ defense is structured perfectly for Owusu-Koramoah to come in and flourish in year one.

+1200 Zaven Collins - In Arizona, while offenses are worried about stopping J.J. Watt on the interior and Chandler Jones and Markus Golden on the outside, Isaiah Simmons and Collins will be covering and hitting everything moving sideline to sideline. He’ll have a dynamic rookie reel.

+1400 Jaycee Horn - He just seems made for the challenge, day one. He has the talent and the aggressiveness to take advantage of quarterbacks “challenging the rookie.” He has studs all around him on defense that could force quarterbacks into bad decisions.

+2800 Joe Tryon-Shoyinka - The rich get richer. The dynamic Tampa Bay Bucs defense added a killer off of the edges. Tyron-Shoyinka will come in fresh as a rookie and attack on a defense that is loaded with talent. His talent and fresh legs throughout the season will put him in the hunt for double-digit sacks as a rookie, despite playing behind Shaquil Barrett and Jason Pierre-Paul.

Other Prop Bets to Consider:

+650 Quintez Cephus to have 5+ receiving TDs

CeeDee Lamb has to have more receiving yards than Justin Jefferson

Dak Prescott has to have more passing yards than Patrick Mahomes