It's just Week 1 but injuries are already wreaking havoc. Successful fantasy managers will make the changes needed to come out on top this week. 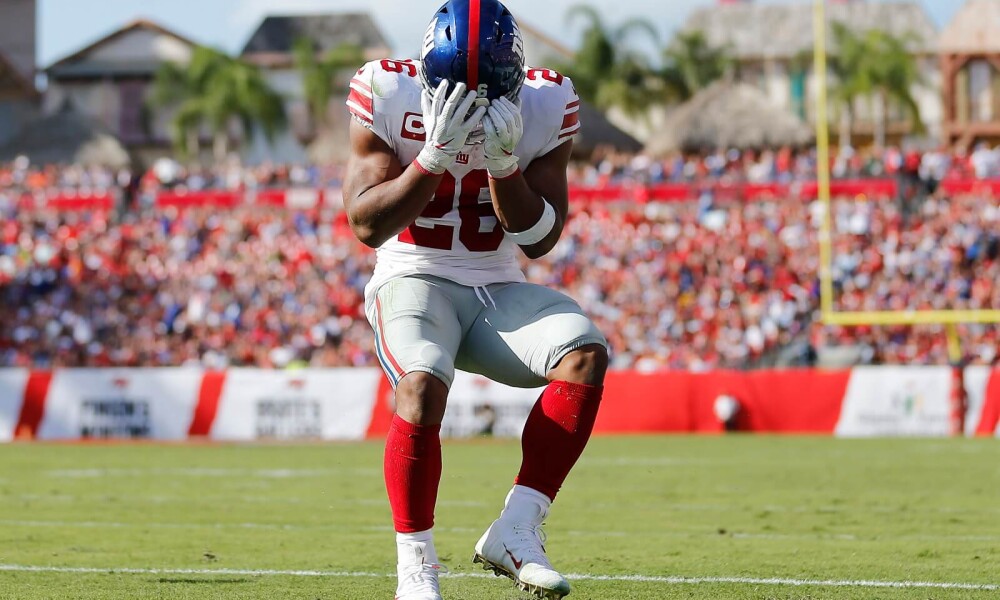 The Friday injury report is pivotal to monitor in DFS as one guy goes down, another one steps up. Just because a guy steps into a new role, doesn’t mean he’ll flourish. I take a look at the injuries for Week 1 and break down who could benefit the most.

The Indianapolis Colts lost Sam Tevi in the preseason. Now Eric Fisher will not play against the Seattle Seahawks. Quenton Nelson is attempting to work back from foot and back injuries and is listed as questionable. He was a full participant in Friday’s practice, usually a good sign that he’ll play Sunday, but the offensive line could be an issue.

On the defensive side of the ball, starting cornerback, Xavier Rhodes will miss this game with a calf injury. Rock Ya-Sin should step up in his place and has a tall task of holding D.K. Metcalf and Tyler Lockett in check.

Emmanuel Sanders was limited in practice Thursday and Friday with a foot injury. If he’s unable to go, Gabriel Davis will be in line for a big day for the Buffalo Bills.

Austin Ekeler did not practice on Wednesday or Thursday with a hamstring injury before getting back to limited participation on Friday. He may play Sunday, but he’ll be far from 100% against a nasty Washington defense. Los Angeles has all new starters on the offensive line with the exception of Bryan Bulaga who joined the Chargers last year. They’re thin at receiver, tight end and now their star running back is banged up. I know everyone loves Justin Herbert but I’d exercise caution this week with the Chargers offense.

Washington’s offense will be down Curtis Samuel as he’s going to miss some time with a groin injury. It just makes you love Logan Thomas and Terry McLaurin that much more. But if looking for a beneficiary this week, it’ll most likely be Cam Sims with the rookie Dyami Brown getting more run and Adam Humphries working the slot, relegating Dax Milne to backup duties, still.

Jamison Crowder is still out on the COVID-19 list. Keelan Cole is dealing with a knee injury that has him questionable to play this week. After being limited on Thursday, he did not practice on Friday. This looks more and more like he’s trending to be inactive. If that’s the case, Elijah Moore’s value skyrockets. If both Crowder and Cole are out for this game, it could be any mix of Denzel Mims, Braxton Berrios, and Jeff Smith that get added work. I like Mims a lot, but the team has been impressed with Smith this year and Berrios can do some quick, high percentage things underneath. Go with the double stack of Corey Davis and Moore with Zach Wilson for the shootout in Carolina Sunday.

When I studied Penei Sewell for the 2021 NFL Draft, I labeled him Greg Robinson 2.0, after successfully labeling Greg Robinson several years ago as Jason Smith 2.0. I put a second-round grade on the prospect and just like with Robinson before him, the reactions were not kind.

The Detroit Lions selected him with the seventh pick in the draft and planned to start him at right tackle this season. Now, their starting left tackle, Taylor Decker has a finger injury and is out for this game. The Lions reportedly plan on sliding Sewell over to left tackle for this game to face Nick Bosa.

Odell Beckham Jr. was limited all week with a knee injury. If he misses this game against the Kansas City Chiefs, Donovan Peoples-Jones will have a game. The rookie Anthony Schwartz is a speedster that could get over the top for a big play or two if given the reps, but Peoples-Jones is ready to start if Beckham Jr. opens the door for him.

Evan Engram is out for this game, while Saquon Barkley is questionable. Barkley has looked good but he had limited practices all week. It’s hard to imagine the New York Giants playing for anything this year, so there would be no rush to force a massive workload on Barkley for Week 1. Kenny Golladay doesn’t have a designation on the Friday report, he too was limited all week with a hamstring injury.

Nelson Agholor was limited Wednesday, DNP on Thursday, before being limited again on Friday. His status is listed as questionable, but at this point, the New England Patriots are going to run the ball a ton and allow Mac Jones to make high percentage throws to his tight ends, Jakobi Meyers, Kendrick Bourne, and James White.

The New Orleans Saints were already thin at cornerback before placing Ken Crawley on IR. Their top corner, Marshon Lattimore has also been banged up as he’s dealing with a knee injury that had him limited in Thursday's practice before a full practice on Friday. He should be good to go but at less than 100%. Opposite of him, the Saints will have to start either Desmond Trufant or rookie, Paulson Adebo. If they suffer an injury to a corner during the game, they’ll have to pull over one of their safeties with corner experience to fill in. Not an ideal situation against the reigning MVP, Aaron Rodgers and Davante Adams.

The Saints are also down another receiver in this one as Michael Thomas was already out. Tre'Quan Smith injured his hamstring and heads to IR. Deonte Harris should be second up but the Saints also really like Ty Montgomery since they committed to his move back to wide receiver. Lastly, Lil’Jordan Humphrey is someone to keep an eye on as he can play the big-body slot role that Marques Colston used to play for the Saints.