Jayson Braddock sorts through the Week 1 disappointments in search of players ready to jump back into fantasy relevance. 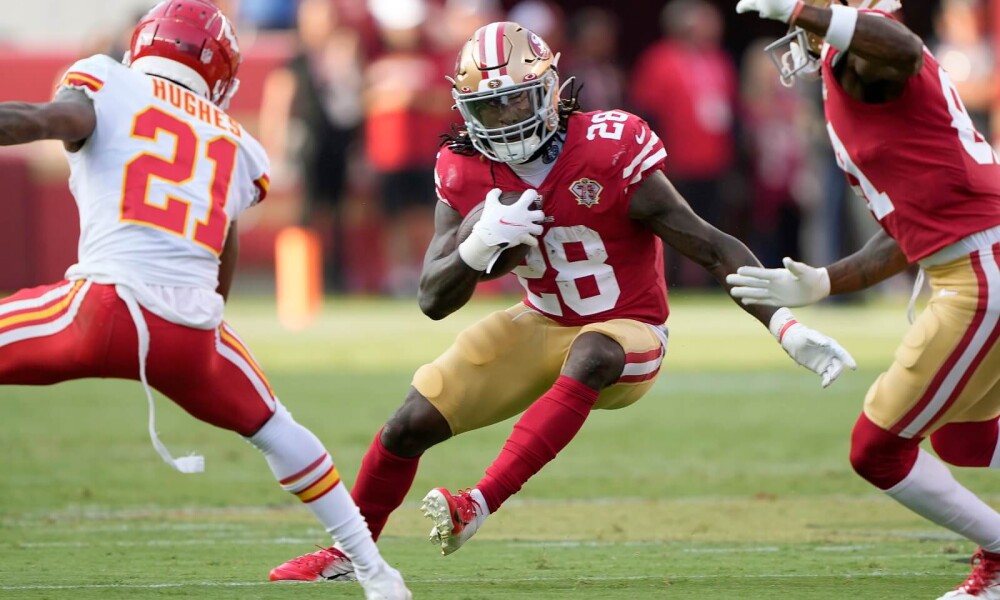 The first week of the NFL 2021 season is in the books. As is the case every year, players will grab attention after the first game of the year. I’ll look at players that could continue to flourish and some surprise inactive running backs that will increase in value going forward.

Players on the Rise

Trey Sermon was inactive in Week 1. Reports indicate it was due to Raheem Mostert serving in the starting role with Elijah Mitchell and Jamycal Hasty picking up spot duties and being made active due to their roles on special teams. Mostert has gone down with another injury. In doing so with Sermon inactive, Mitchell was able to flourish with his 4.35 speed. This is Sermon’s job. If you can steal Sermon in your league, do so, now!

Zack Moss was apparently inactive because they wanted to get Matt Brieda’s speed on the field. Breida had four carries for four yards. Taiwan Jones is a talented special teamer at the running back position and his being active led the Buffalo Bills to be too cute with Brieda vs Moss. Moss had five total touchdowns last year, while Devin Singletary had only two total touchdowns on 76 more targets and touches in total. Moss also played three games less than Singletary. The inactive status was a dumb decision that should be rectified this week.

Wayne Gallman has seen the door open for him thanks to the struggles of the offense and more importantly those of Mike Davis. Gallman isn’t a special running back but he gets the job done. He’ll find the hole and hit the hole. He can blitz pickup and be relied on in the passing game. If you have Davis on your roster, consider handcuffing Gallman not only for injury but for performance as well, in case Davis continues to struggle.

Not all of the players I list below will be available in your leagues, but if they are, give them consideration.

Christian Kirk - 5 receptions on 5 targets with 2 TDs and one was Willie Mays’ style.
Juwan Johnson - 6’4 - 230 with 10.5 inch hands and a 6’10 wingspan. Not hype.
Kenneth Gainwell - My #3 ranked RB in the 2021 NFL Draft. Exponential talent.
Trent Sherfield - He’ll have a serious role this season in the passing game.
Tim Patrick - Jerry Jeudy’s injury adds value to Patrick after he had 6 TDs in 2020.
David Njoku - Reports in camp was that it finally clicked. I believe it, now.
K.J. Osborn - He’s the undoubtedly #3 WR in Minnesota. 9 targets in week one.
Cedrick Wilson Jr. - Will perform in a high-power offense with Michael Gallup out.
Anthony Schwartz - Compares to Will Fuller. He’ll get over the top a lot this year.
K.J. Hamler - Quick movements, underneath routes, Bridgewater will find him a lot.
Larry Rountree - Ekeler is banged up, Rountree is next in line if he misses time.
James O’Shaughnessy - 8 targets. If he holds off Jacob Hollister, value year in store.
Tyler Conklin - He’s the guy at TE, even after the Chris Herndon trade.
Denzel Mims - Only given 3 plays and 1 target. Caught a 40-yard pass.