With the free agency frenzy just beginning and Tom Brady un-retiring, Ted Chmyz says it's time to make these three moves in your dynasty football leagues. 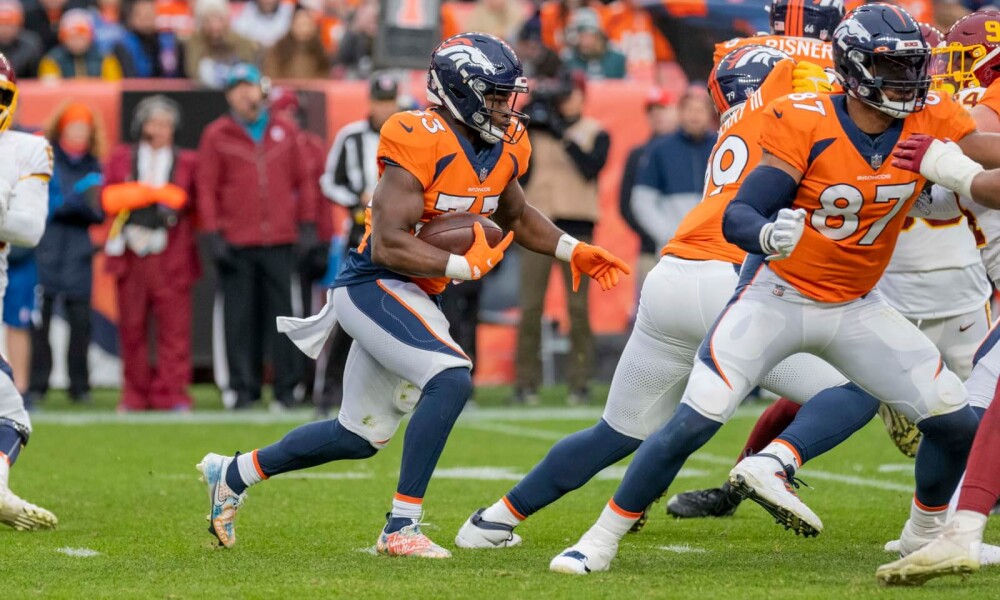 The NFL’s legal tampering period kicked off today, meaning teams are now free to announce all the deals they have already made in the last two months. With the madness of free agency combined with the un-retirement of Tom Brady, I’m sure I’m not alone in feeling that fantasy football excitement again. Luckily, thanks to the growing popularity of dynasty leagues, we can have fantasy football in our lives all year long.

Here are three moves I’m looking to make right now in all my dynasty leagues:

I know, I know. This is probably one of the least popular dynasty takes possible. Everyone and their mother was already salivating at the idea of Javonte Williams alone as a bellcow in Denver … and then Russell Wilson came to town. But that’s exactly why I like moving Williams right now so much. According to KeepTradeCut’s rankings (which have their flaws, but still provide insight into how players are valued), Williams is currently the second-ranked RB and 11th-best dynasty asset overall in Superflex rankings.

Williams would need a historic season to move up from his current standing, and I just don’t see it. His efficiency last year wasn’t exactly elite, as he finished with slightly worse rushing numbers than teammate Melvin Gordon on the exact same number of carries: 15 fewer yards and four less TDs. And I don’t see the suddenly-contending Broncos feeding a 21-year-old RB the insane regular-season volume he would need to put up the gaudy numbers everyone is projecting, even if Gordon leaves. The NFL’s just not that kind of league anymore. Per KTC’s trade calculator, right now you could ship Javonte for another elite RB in Dalvin Cook (if you’re contending) or J.K. Dobbins (if your window isn’t quite open) AND a young talented WR in a great offense in the newly-rich Michael Gallup. That’s a no-brainer.

Did you know that Curtis Samuel is only 25 years old? How many other 25-year-old receivers with a 1000-yard (including rushing yards) season under their belt can you find ranked outside of the top 50 wide receivers? In 2020, his age-23 season and final year with the Panthers, Samuel finished as a top-25 fantasy WR. That was thanks in large part to his varied use, as he totaled 41 carries to go along with 77 receptions. That production earned him a three-year 34.5-million-dollar contract with the Commanders.

Samuel’s first year in Washington was essentially a wash, as he only started one game and appeared in five thanks to a lingering groin injury. However, I was bullish on him coming into 2021, and a lot of those reasons to be optimistic still exist now. Commanders’ HC Ron Rivera and OC Scott Turner both worked with Samuel in Carolina prior to his signing with Washington, so they are certainly familiar with his unique skill set and will have a plan to use it. They’ve shown willingness to utilize a player in a non-traditional role with J.D. McKissic, who totaled 48 rushing attempts and 43 receptions despite appearing in just 11 games … and now that role is available with McKissic likely out the door. Carson Wentz isn’t exactly exciting, but he’s certainly an improvement on Taylor Heinicke. Samuel has higher upside than anyone else who can be had at his price, so he’s definitely worth a flier if you can get him as a throw-in on a deal.

Check your Waivers for Albert Okwuegbunam and Mitchell Trubisky (and Tom Brady, lol)

This is a quick one for those of you in less-competitive leagues, where staying on top of offseason moves and the waiver wire can be huge. Assuming normal dynasty roster sizes and Superflex, both of these guys should be rostered in all leagues. Okwuegbunam, rostered in only 66% of Sleeper leagues, is an absolute athletic freak who now has a clear path to the TE1 job in Denver with Noah Fant out of the way. Trubisky is who he is, but he’s now the presumed starter on a Steeler team with weapons and competent coaching. He didn’t have either of those things in Chicago, and still managed to finish as a top-10 QB in PPG in 2018.