Will Desvallees breaks down the top undervalued players heading into the 2021-22 fantasy basketball season. 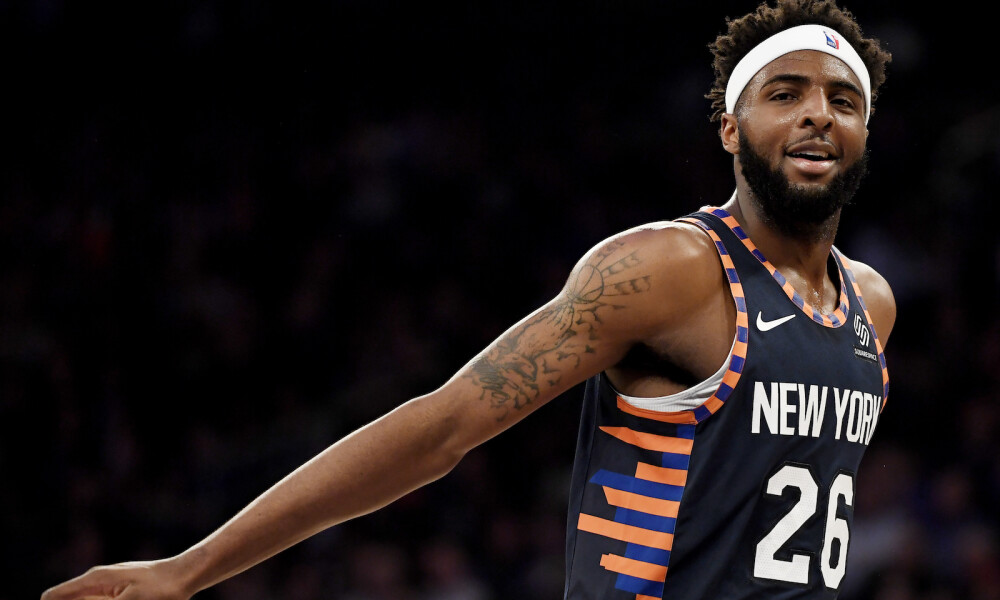 ESPN’s Stephen A. Smith said on First Take that this might be “the best season in the last 25 years." One of the principal reasons for this is the diversity in age between the league's brightest players. From Lebron to Luka, and D-Booker to KD, young players are taking over while seasoned veterans are attempting to make final pushes. Many of the young players entering their third, fourth or fifth season in the league are undervalued at a fantasy level. Here are six fantasy basketball targets. These players should be drafted 10 picks ahead of their current ADP. Keep these guys on your radar during the draft, and when DFS begins.

The Charlotte Hornets have been an exciting team to watch, especially with explosive guards like Miles Bridges and Lamelo Ball. Washington has quietly but consistently proven himself to be a valuable player for the team. In his first two seasons in the league, the 6'7" PF has played 55-60 games, which is good, especially because both of those seasons (2019-20 & 2020-21) were reduced due to COVID-19. Therefore, he’s healthy, though he might miss a few games because of soreness. He can get big in the post, and he’s improved since his rookie season. He’s someone the Hornets can rely on for consistent rebounding and scoring in the paint. He will produce more than he did last season, and throughout his career, his consistency makes him a valuable asset to a fantasy team. Expect something around 14 PPG, 8 RPG and 1.5 blocks in approximately 30 minutes per contest.

Simply put, Devonte Graham was a focal piece of the Hornets' offense the last two seasons. He’s also become a reliable and clutch three-point shooter. Traded to the Pelicans this offseason, he will provide New Orleans with fresh energy at the point. He will also serve as a playmaker for Brandon Ingram and Zion Williamson (whenever he comes back…) this season. In the first half of the season, Graham’s point production should be way above average taking into consideration that Zion Williamson has just been ruled out indefinitely with a broken foot.

Entering his fourth season on a new team, Graham will be starting for the Pelicans, either at SG or PG. His minutes were reduced to 30.2 last season in comparison to the 35.1 MPG he logged in 2019-20. Therefore, his PPG dropped from 18.2 to 14.8. This, however, is more of a reflection of how much time he got on the floor. Minutes were more spread out amongst veterans and young players, notably PG Lamelo Ball. He should be on people’s radar, pending more information from the Pelicans on how he will be utilized. Regardless, he will start for his new team, and have better opportunities to assist with the Pelicans’ forwards (Ingram & Williamson). He will play at least 30 MPG and his numbers should at least resemble those he produced in his sophomore year (2019-20). The best-case scenario is Devonte Graham successfully replacing Lonzo Ball at PG to establish a more dynamic offense that moves the ball well.

The U.S won Olympic Gold this summer in Basketball like most summers. One of the key pieces to defending the medal in Tokyo this summer was young forward Keldon Johnson’s athleticism and hustle. Also entering his third season in the league, Keldon Johnson is quickly becoming the focal piece of the Spurs offense. Reduced to 17 games his rookie season, Johnson missed three games last season and showcased his ability to score on multiple occasions. There is still a lot of room for growth for the 21-year-old, but averaging 12.9 PPG and 6.0 RPG in 28.5 MPG is encouraging. Johnson needs to improve his three-point percentage and take better shots, but falling below 100 in any draft would be a mistake. Coach Popovich believes in the former Kentucky guard's ability to bring the Spurs back into the Western Conference playoff conversation. He will play 28-32 minutes, and will score a decent chunk more than he did last season.

Mitchell Robinson is no longer the slim, powerful and explosive center the Knicks stole in the second round of the 2018 NBA Draft. As a rookie, he weighed 219 lbs. Today, he is 280 lbs. This weight has not seemingly affected his ability to be agile or fast. His workouts show a more confident young center, who's improved as a ball-handler and a shooter, and is poised to dominate in the post. Last season, Robinson was only healthy enough to play 31 games. Both seasons in which he was healthy, his rookie and sophomore years, Robinson averaged at least 2 BPG and at least a 69% field goal percentage. The Knicks will start him at center this season and we expect him to get between 27-30 minutes per game.

Veteran centers Nerlens Noel and Taj Gibson split minutes to cover for him last season. I think he will average something close to a double-double this season. He’s bigger, stronger and playing with a chip on his shoulder, to help the Knicks continue climbing into playoff contention. Defense was the strength of the Knicks team, and a healthier, stronger version of Mitchell Robinson will allow him to have a powerful comeback season. He needs to be on people’s radar this season as a late draft pick and an undervalued hooper at the center position.

With Kyle Lowry in Miami, that leaves Goran Dragic as the number one guard in Toronto behind Fred Vanvleet for this upcoming season. Don’t let the seasoned veteran’s age turn you away. If you watched Dragic play over the last few seasons, similar to Derrick Rose, consistency has been the key to his game. In Miami, Dragic played 28.2 MPG in 2019 and 26.7 MPG in 2020. Kendrick Nunn split minutes with him, and a few somewhat minor injuries prevented Dragic from being considered the starting point guard. Still, his production was always consistent and he often provided fantasy owners with surprising flashes. His 25-28 MPG and not being the starting point guard in Miami was why people may have looked away. In 2019, he scored 16.2 PPG with a 44.1 FG%.

Dragic is 35 years old now, but hey, Chris Paul is 36. With Dragic expected to be a backup PG for Fred Vanvleet, he could also be played alongside the sharpshooter on offense. He should log 25-28 MPG this season and produce strong numbers. He makes this list because of how low his AVG ADP is at the moment. In other words, Dragic will be available at the end of most fantasy drafts, and he should definitely be on a fantasy owners bench. He is a top-150 player in the league at least, so picking him 160-200 is a steal. Furthermore, if Van Vleet misses games, Dragic will be starting for the Raptors, and his veteran production will shine.

Since his rookie season, Bogdanovic has done nothing but improve. Last season, he only played 44 games. Throughout that stretch, he recorded a career-high 16.4 PPG and converted 47.3% of shots from the field. He also shot the three-ball at an extremely high level, finishing the season 43.8% from deep. The playoff push the Hawks made, notably in the first round against the Knicks, was largely a result of Bogdanovic’s stellar offensive surges. His offensive performances during the playoffs were consistent with his numbers during the regular season. But he buried the three balls with such confidence that Knicks fans held their breath not only for Trae Young, but also Bogdanovic.

If he falls below 70 in any draft this season, that is a steal. Fantasy owners should target him between the 60th and 65th pick. Bogdanovic missed almost half of last season but returned better than ever for the playoffs. Bogdanovic was perhaps the most important piece to the Hawks' success in the postseason other than Trae Young. Expect a minimum of 30 MPG out of Bogdanovic and growing confidence in his shot which the Hawks will utilize more than ever this year.