Gabe drops some players to target wayyy late in your drafts that could be surprisingly productive this season. 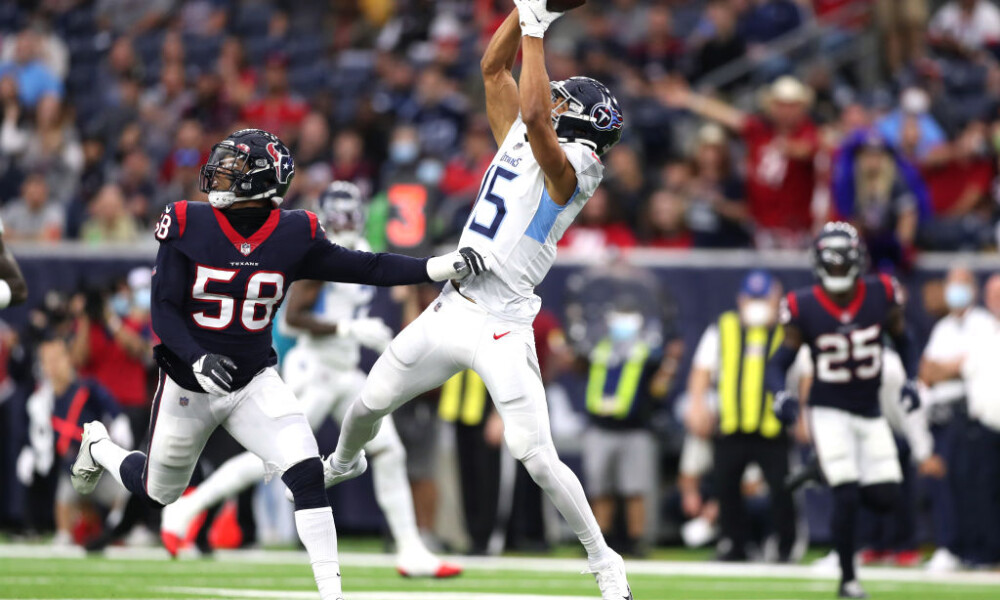 The AFC South has been a two-horse race over the past couple of years with the Titans and Colts competing for a playoff spot while the Texans and Jaguars fight for the number one draft pick.

Many will be surprised to see a fourth-string running back on this list (let alone one on the Jaguars),  yet Snoop Conner is the healthiest back in a dynamic Jacksonville backfield. While Travis Etienne Jr. will likely recover from his foot injury before Week 1, there’s much uncertainty as to whether 2021 starter James Robinson will be ready to go for the season’s start. Robinson is coming off a torn Achilles he suffered in December against the Jets, so there’s no telling what his workload will be.

Even if the 2022 fifth-rounder doesn’t see much time as an everyday back, his size and strength will make him a desirable goalline force. As the season approaches, we’ll know more about the health of Robinson and Etienne, but if there’s any uncertainty about their status, it might be worth it to gamble a 14th-15th rounder on Conner. Finally, Conner possesses the ultimate intangible: team name potential. So even if you don’t see any fantasy value in the rookie, he could be an elite benchwarmer for “Snoop There It Is.”

While very few casual NFL fans have heard of Nico Collins, the 2021 third-rounder finished second on the Texans in receiving yards last year. Better yet, after Davis Mills took over for Tyrod Taylor in Week 13, Collins was targeted nearly as much as WR1 Brandin Cooks. While both facts are impressive, there’s one major concern with Collins – touchdowns. He scored just one in his rookie campaign.

In 2021, the Texans ranked last in the NFL in YPG and 30th in PPG, yet if new HC Lovie Smith can right the ship and create a non-terrible offense in 2022, watch out. Collins should progress in 2022 either way, making him worth a late-round draft pick. His floor is pretty high for a second-year WR, and his production could reach the next level if the Texans can figure something out.

Get this, Nick Westbrook-Ikhine started three fewer games than Julio Jones in 2021, yet managed to rack up 29 more PPR fantasy points. While that might be more of a knock on Jones than an argument for Westbrook-Ikhine, his production was severely underrated last year nonetheless. In 2022, Westbrook-Ikhine will be battling with rookie Treylon Burks to be Tennessee’s second option behind Robert Woods and could emerge as a serious fantasy force.

The third-year WR will be QB Ryan Tannehill’s most familiar option, so don’t be surprised to see him start the year with a lot of targets. Westbrook-Ikhine will barely be on the verge of getting drafted in most leagues, as pundits have more faith in Woods and Burks than the lone returning WR. They don’t call ‘em sleepers for nothing though – Westbrook-Ikhine should be drafted in any 12-team league, and could even be worth a pick in the first 12 rounds.