Gabe looks at the most important storylines for each AFC East during training camp. 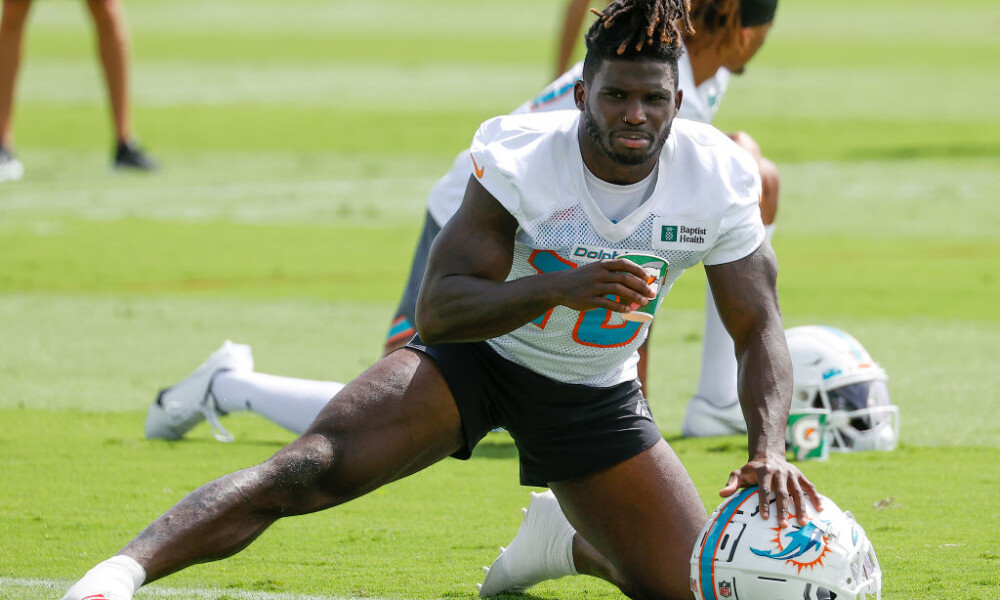 While some celebrate the NBA Finals as an intense matchup between the world’s two best basketball teams, many know that it means football is just around the corner. It creeps up on us every year, but we’re almost a month away from training camp already. And what better to do than break down six of the top questions for each NFL team in the upcoming season–we’ll be focusing on the AFC East, one of the most uncertain divisions in football, and analyze the preseason storylines that could be most influential towards the upcoming season.

When will Tre’Davious White return from his ACL Injury?

There’s good news and bad news for Bills fans when it comes to the injury of star CB Tre’Davious White. The bad news is the lack of a timetable for White’s return. Injuring his knee on Thanksgiving, the former All-Pro will almost certainly miss the entire preseason, yet could still return towards the beginning of the season. HC Sean McDermott claimed White was “on schedule” in his rehab although failed to mention when White would get back on the field. Now the good news: if there’s any team that’s equipped to miss their best defensive player, it’s the Bills. Buffalo was one coin flip away from punching their ticket to the AFC Championship without White and should have no problem cruising to a playoff spot without him.

On January 29th, 2022, the New York Giants hired former Bills OC Brian Daboll to a head coaching deal. And while many Bills fans were happy to see the hometown coach move on to bigger things, it certainly left a large gap in the Buffalo coaching scheme. Now all heads turn to Ken Dorsey. The former Panthers’ QB coach will have a tough act to follow, but having the Josh Allen-Stefon Diggs connection already in place should be a good starting point for Dorsey. If he can manage to replicate last year’s production and win the AFC East, Bills Fans will bask in the glory and forget about the guy (Daboll) who developed their franchise QB.

Will Tyreek Hill have the same role he did in Kansas City?

After Davante Adams signed a five-year $141 million contract ($28 million AAV), Tyreek Hill and his agent agreed on one thing–Hill would be the NFL’s highest-paid receiver before the 2022 season began. Once the Chiefs failed to pay Hill the gargantuan yearly salary he requested, the Dolphins traded a few picks, and just like that, extended Hill on a four-year $120 million deal.

We know what Hill is capable of, but can Tua Tagovailoa find him 65 yards down the field as Mahomes did? The short answer is no, but it’ll be interesting to see if the Dolphins modify Hill’s role to cater to Tagovailoa’s skill set. Either way, Miami isn’t paying $30 million per year to check it down to Hill eight times per game, so we’ll see how first-year head coach Mike McDaniel utilizes the fastest man in football.

If there’s one thing Bill Belichick isn’t known for it’s vaulting unproven rookies into starting roles, yet if there’s one playmaker that can break the trend, it’s Baylor speedster Tyquan Thornton. While the Patriots' offense wasn’t necessarily stagnant in 2021, a spark here and there could’ve turned a solid group into an explosive unit. The Baylor senior ran a 4.28(!) 40-yard dash, the seventh fastest ever by a WR.

The rookie will have to compete with proven receivers Kendrick Bourne and Jakobi Meyers, but there’s no denying that a polished Thornton could outperform both of them. The main consideration left for Thornton is the role of offensive coordinator. The Patriots have taken an uncharacteristically long time to name a new OC after the departure of Josh McDaniels. If they land a particularly bold play-caller, who knows how big Thornton’s role could be on the Pats by season’s end.

After a stellar rookie season, Mekhi Becton’s sophomore campaign was plagued by a lingering knee injury. Playing only one game in 2021, Jets fans were left wondering what could’ve been if their potential franchise tackle had been healthy. Luckily for them, the Jets will likely boast a fully healthy offensive unit in 2022 with rookie Garrett Wilson providing speed on the outside for QB Zach Wilson. Zach Wilson showed flashes in his rookie year, but if Mekhi Becton can provide a clean pocket all year, it’s safe to say he’ll make a substantial jump in year two.

Can Zach Wilson make the leap?

We hear it every year–can the unpolished rookie turn into the fabled franchise QB? Zach Wilson and the Jets have the puzzle pieces in place, it’s just a matter of execution. The Jets’ previous “franchise QB” turned out to be current Panther Sam Darnold, but Darnold was never blessed with the weapons Wilson has at his disposal in 2022. Headlined by a solid offensive line and receivers Garrett Wilson and Corey Davis, the only thing standing in the sophomore’s way is himself. If he can channel even a modicum of what made Josh Allen so successful, the Jets could be in for a fun few years.