Gabe breaks down the top story to keep an eye on from each AFC North team. 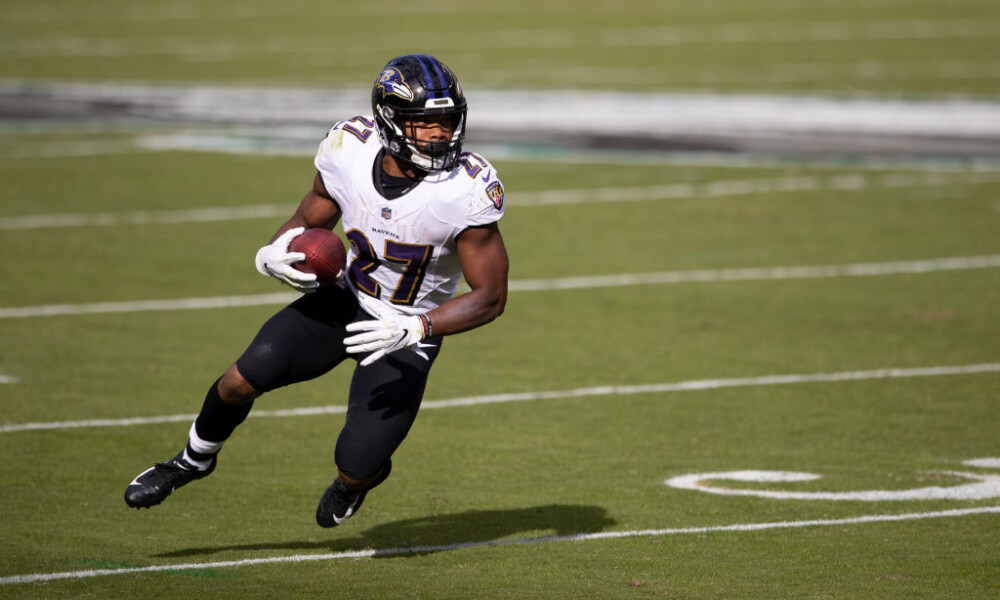 Few divisions have seen greater shake-ups in 2022 than the AFC North. The Browns gave up much of their future for Deshaun Watson. The Steelers saw Ben Roethlisberger retire and subsequently drafted Pitt QB Kenny Pickett. The Ravens had one of their best draft classes in years. Even the AFC champ Bengals made crucial upgrades to their offensive line. We’ll have to wait until Week 1 to see how some of these moves actually pan out, yet training camp should provide a nice preview for many of the most interesting AFC North storylines.

J.K. Dobbins was poised to have a stellar sophomore campaign in 2021 before suffering a torn ACL in the preseason. But after making a full recovery, Dobbins looks to emerge as a fantasy superstar in 2022. Last year, the Ravens accumulated the third-most rushing yards in the league without Dobbins. Add an All-American center in Tyler Linderbaum and you’ve got ridiculous potential.

It’s still unknown whether Dobbins will retain his explosiveness from years prior, but he’ll occupy the top spot on the Baltimore depth chart either way. If Dobbins practices in training camp and plays in preseason games without any restrictions, fantasy owners shouldn’t be afraid to gamble on the third-year running back.

The Bengals offensive outburst in 2021 came as a surprise to all except Bengals fans. The North’s best unit looks like they’re only getting stronger, adding tackle La’el Collins and guard Alex Cappa to the squad. You wouldn’t know it by his stats, but QB Joe Burrow faced consistent pressure from opposing edges last year. The new tandem on the right side should assuage the rush, and could catalyze even more than a secure passing game.

While Burrow will undoubtedly feel more comfortable in the pocket in 2022, the run-blocking edge the two additions provide can take the Bengals to the next level. Joe Mixon was bound to be a first-round fantasy selection before the signings, yet he now has the potential to be a top three player. Watch out, if that O-line is clicking in training camp, it could be a scary year for opposing defenses.

The Browns came off a disappointing 2021 season following their first playoff win in decades, and decided to fade their 2018 number one overall pick Baker Mayfield as a result. Cleveland brought in Deshaun Watson in exchange for a trio of first-rounders, creating not a QB controversy, but an uncertain and fluid situation.

The elephant in the room is Watson’s suspension. The NFL disciplinary committee hasn’t given a punishment for Watson’s ongoing sexual assault cases yet, and as training camp approaches Browns fans will be monitoring the situation closely. Once we know how many games the Pro-Bowl QB has to sit out, it’s all about chemistry with the Cleveland offense. Missing the first part of the season will put Watson at a disadvantage relative to “full-season” QBs, but it will be interesting to see how he fares in practice nonetheless.

Isn’t It Even More Obvious?

In the first round of the 2022 NFL draft, the Steelers selected QB Kenny Pickett creating a three-way quarterback controversy for Mike Tomlin’s offense. That selection came as a surprise to many (including Mitch Trubisky who wasn’t told about the pick until he saw it live), and should create one of the most intriguing positional battles in the NFL this year.

The favorite to start Week 1 is the aforementioned Trubisky, but a strong training camp from Pickett could shake things up in a major way. The most unlikely starter is Roethlisberger’s 2021 backup, Mason Rudolph. Rudolph should reprise his role as QB2 (or QB3) for the upcoming season, yet could break out as the starter if Pickett and Trubinsky can’t provide consistency. None of the three are draftable in one-QB fantasy leagues as of yet, but a mid-season surge from Pickett could open some eyes on the waiver wire.