Cam breaks down the state of the Patriots and their offseason moves so far. 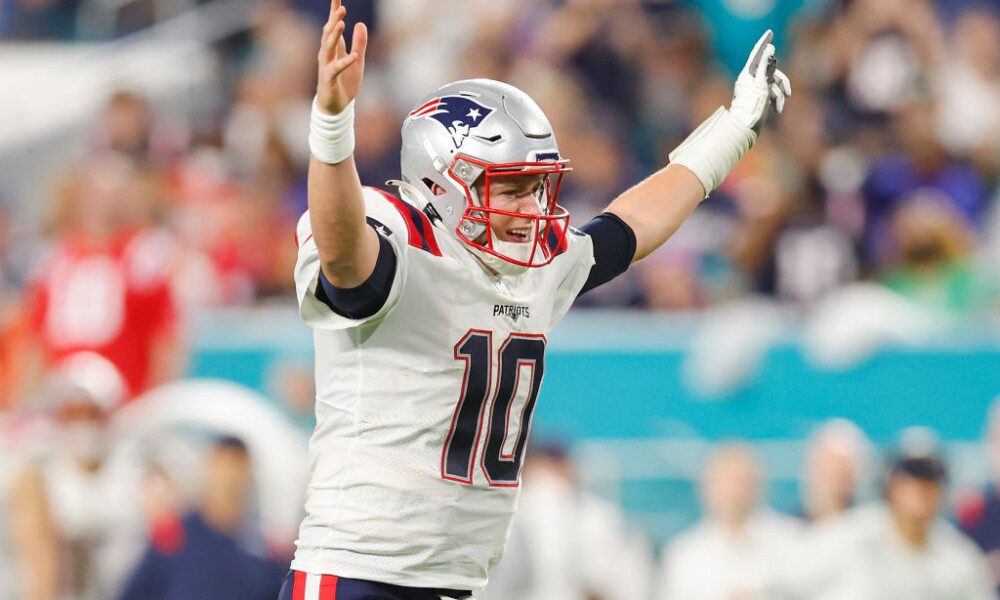 If it wasn’t already evident, the Cleveland Browns made it abundantly clear: The NFL is a quarterback’s league. Despite already having a serviceable QB in Baker Mayfield, the Browns felt compelled to trade three first round picks, a third round pick and a fourth round pick to the Houston Texans for QB Deshaun Watson.

Given the title of this article, you may be asking what this has to do with the Patriots. Well it is further proof of just how far away the New England Patriots are from their former glory. The Patriots are now entering year three of the Post-Brady Era, and the jury is back with a verdict … it has been an unmitigated disaster. Bill Belichick has always said it’s better to get rid of a player a year or two early. Well, Tom Brady is entering his third year with the Buccaneers, and Tampa Bay is among the top Super Bowl favorites while New England is nowhere near.

Year One without Brady saw the ghost of Cam Newton trying to replace the GOAT, and Year Two found a rookie QB selected with the 15th pick for the Pats. To be fair, Mac Jones did lead the team to a 10-7 record, and a playoff berth. But it is clear, there’s a new Beast of the East, and it resides in Buffalo. The Pats feel like they’ll be no better than the second-best team in their own division for the next decade.

And that’s not even considering the rest of this powerhouse conference. Going back to the initial premise that this is a QB league, if we’re being objective, Mac Jones is in the lower end of the AFC QBs.

At best, that would place Jones eighth in the AFC. And although some could argue for Jones ahead of Las Vegas’ Derek Carr, Tennessee’s Ryan Tannehill, and Miami’s Tua Tagovailoa, it’s definitely not a slam dunk. Putting each of them ahead of Jones, drops him to 11th.

And although Jones had a better rookie season than Trevor Lawrence, I still think 32 GMs out of 32 would take Lawrence over Jones. That moves Jones down to 12th. The only AFC QBs Jones is obviously ahead of would be the Jets’ Zach Wilson, the Steelers' Mitchell Trubisky, (who has thrown for over 10,000 yards with 64 career TDs), and the Texans' Davis Mills.

Regardless of where you put Jones, eighth or 12th, it is clear: In this arms race, the Patriots are lacking. Journeymen and average QBs tend to not win Super Bowls. There have been some exceptions through the years, but usually, there’s a Hall-of-Fame-caliber QB hoisting the Lombardi Trophy at the end of the season.

The Patriots had not just a Hall of Famer, but the GOAT, for 20 years, and they let him get away. Now they are relegated to a J.A.G team, fodder for the league’s iron, for years to come. Sorry Pats fans, but that’s the way it is. It was wine and roses for two decades, now it’s Bologna and Schlitz. It’s time to take your medicine because the rest of the league has long memories, and some are surely going to exercise a bit of payback when given the chance. The Bills already did that in last season’s playoff game, scoring seven TDs in seven possessions against the Patriots.

After spending a record amount during last season’s free agency period, the Patriots' wallet is locked tight this year. The team has lost J.C. Jackson and Ted Karras, released Kyle Van Noy, and traded Shaq Mason. It’s certainly not going to be pretty in the suburbs of Boston this season, and there’s a good chance it’s going to be downright ugly for a while.