Cam previews five pitchers who will make two starts in the upcoming week. 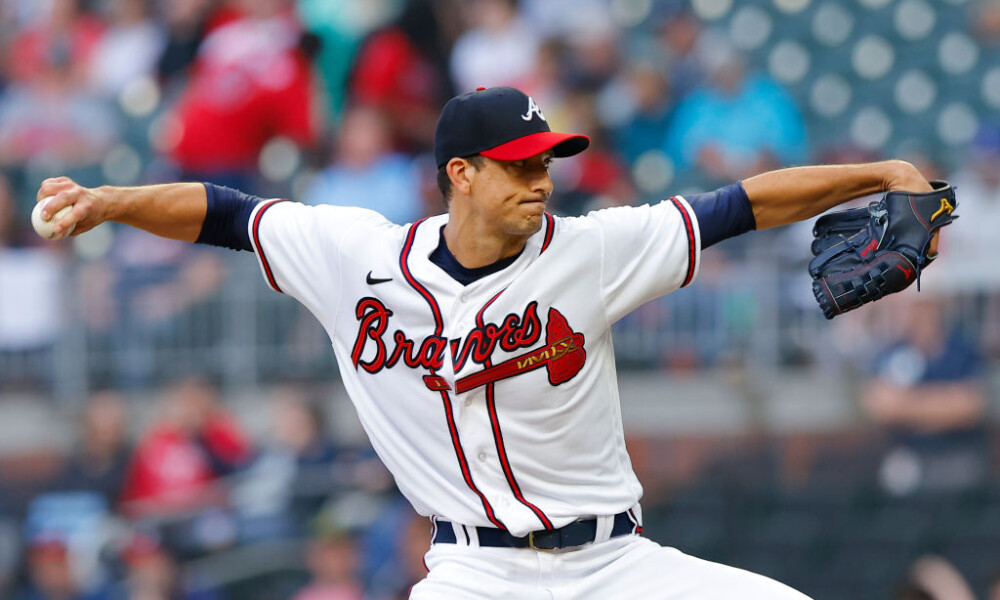 One of the most significant axioms in fantasy baseball, like the stock market, is to buy low and sell high. Another truism of baseball statistics is the Terry Francona philosophy. He says to turn the baseball card over and look at the player’s stats. Usually, barring an injury, the player will end the season near his career stats. And the more established the player, the more likely he’ll revert to his established numbers.

With that in mind, here are five veteran pitchers who will be making two starts this week, and are well below their career averages. If Terry Francona is right, they will all start to turn their season around.

Morton is now 38 years old and has been doing it for a long time. He threw 185 innings last season and was a 14-game winner, so his slow start this year is a tad inexplicable. One of the fears is that he only threw 38 innings in 2020, and the increased 150 innings in 2021 may be affecting his performance this year.

I’m banking that he still has something left in the tank and will begin to improve upon his 5.28 ERA and 1.53 WHIP. He has two nice matchups this week, against the Diamondbacks and Pirates.

Plesac should be entering his prime in his age-27 season, but he seems to be regressing. In his first three seasons, he had a combined record of 22-14 with a 3.93 ERA and 1.14 WHIP, so this year is completely unexpected.

In his eight starts this season he’s only won one game, and he’s only got thru the fifth inning four times. He’s sporting a hefty 5.40 ERA, (giving up seven earned runs in his last start), to go along with a 1.43 WHIP. That being said, he is a far better pitcher than what he’s shown thus far this year, and should begin to turn it around.

Hendricks is an established veteran, now in his age 32-season. He’s made 216 career starts and is 25 games over 500 with a career 85-60 record, 3.44 ERA, and 1.14 WHIP. You hear the term “professional hitter” often; the equivalent definition of a  “professional pitcher” is Hendricks.

He’s already made 10 starts this season and has five losses already. He was 14-7 last year. His ERA is nearly two runs higher and he has a 1.34 WHIP. Although he’s 2-5 thus far this season, he’s NEVER had a losing season in the majors. Now in his ninth season, I’m banking on him continuing that streak, which means he’ll have to start turning things around.

Starting the season on the IL, Castillo has only made four starts this season so his sample size is small. Add to that he’s on one of the worst teams in memory, and it leads to potential disaster for Castillo. His career numbers are great other than his win-loss record of 41-51. He has a career 3.73 ERA and 1.21 WHIP…and he averages 9.74K/9IP.

For the season he’s sitting at a career high 4.35 ERA, and now possibly a bit past his prime at age-29; on a terrible team, one has to wonder where his motivation is. If we look at his contract we may find it. He’s making $7.35M this year and entering his last year of arbitration, under Reds control. There is a great chance Castillo gets traded to a contending team which will increase his value in the long term. In the short term, look for him to begin to turn his season around this week.

Recovering from a groin injury, Snell has only made two starts this season and has only thrown nine innings. Although he had a nice three-start stint in his rehab outings in the Minors, it hasn’t translated yet with the Padres.

The underappreciated lefty has had a really solid career and stands to have a solid 2022 campaign. The 29-year-old lefty is entering his seventh season. He’s 49-38 with an amazing 10.78K/9IP. Look for him to begin to shake the cobwebs off this week with two solid starts.