Cam looks at four pitchers who will make two starts in the upcoming week. 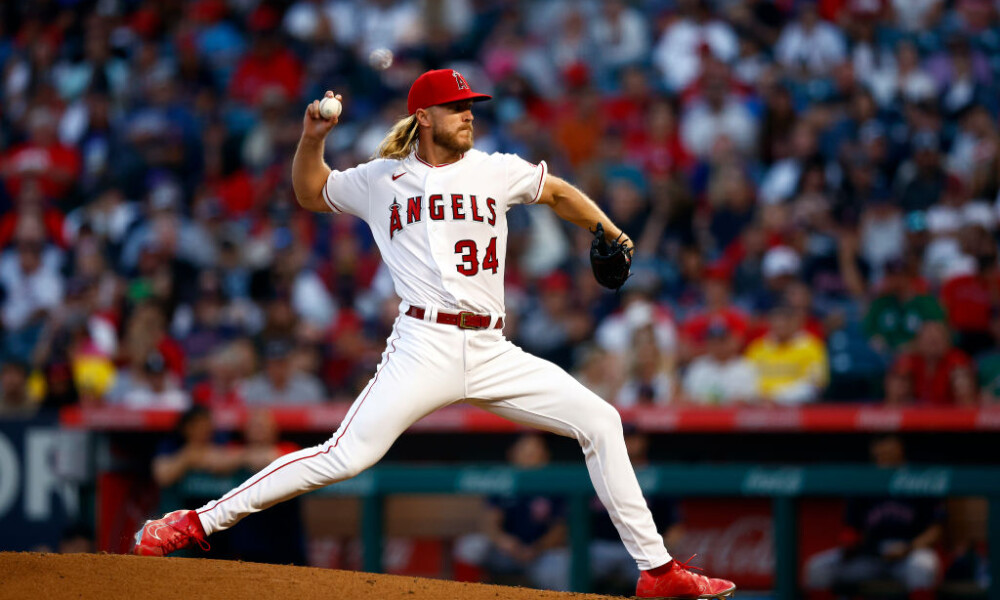 Summer hasn’t even officially begun yet, and it already feels like the dog days of summer are here. It is the time of the year when fantasy owners should really take stock of their teams, especially in keeper leagues.

Due to a change in my schedule, I had to cut my leagues down to only two, my AL-only keeper league, and my NL-only keeper league. It’s really the only format I truly enjoy because, by this point of the season, re-draft leagues tend to fray apart and splinter. Teams that are out of it, start to focus on the NFL season and mini camps, and it can be frustrating. At least in keeper leagues, there’s always something to play for.

Coming off a championship in my 10-team AL-only, I find myself in eighth place. And in my 11-team NL-only, I find myself in second. Two different feelings, and two different strategies. All of you are dealing with similar situations in your leagues, and deciding what to do…to tank and re-tool for next season, or to go for it. Obviously, I have a simple decision in my NL-only, but it’s much harder in the AL-only.

Firstly, it’s not my nature to tank and play for the next season. And, I have a couple of nice pieces coming back from injury, Brandon Lowe and Eloy Jiménez, which should help the cause. And, even though we are close to the midway point of the year, many categories are still bunched up. For instance, I’m 14 HR away from gaining four pts, 28 runs away from picking up five pts, and only five wins away from leapfrogging a whopping six pts.

Do the same analysis in your league, and make the best decision you can, moving forward.

With that in mind, one of the biggest ways you can improve your pitching numbers is to maximize your two-start pitchers for the week. Anyone can write an article and advise you to start Shane Bieber, Alek Manoah, or Yu Darvish, who are all slated to take the mound twice in the upcoming week. But, to have a successful season, you need to find those diamonds in the rough and hidden gems.

Here are four starters this week to take a peek at:

In 11 starts this season, Archer only has one win, but his ratios are extremely solid. He’s sitting with a 3.65 ERA and 1.33 WHIP. And, over the past three weeks, he’s been even better, with a 3.00 ERA and 1.22 WHIP. His only alarming stat is that this is the first time since 2013 that he hasn’t thrown at least a strikeout per inning.

He faces the Mariners and Diamondbacks this week.

In his seven starts this season, Faedo has thrown at least five innings in all of them; which in 2022 isn’t a small feat. He sits with an impressive 2.92 ERA and 1.24 WHIP. And his match-ups aren’t too menacing, facing the White Sox and Rangers.

Singer has talent. He had a stretch of nearly 20 innings without giving up an earned run, and on the year he’s sitting with a decent 4.33 ERA. He has an impressive 1.16 WHIP to go along with it. And he’s struck out a batter per inning.

The Royals moved him from the bullpen to the rotation early in the year, and on the season he’s made five starts, winning three of them; all of which went at least five innings, and in two of them, he pitched seven.

His fireballing days may be behind him, as evidenced by the fact it’s the first time in his career with under a strikeout per inning. He’s only averaging 5.86K/9IP. But, if it allows him to stay healthy and on the mound, it may be for the best for him, and his owners.

He has a tough matchup against Tony Gonsolin and the Dodgers early in the week but an easier one against Seattle next weekend.