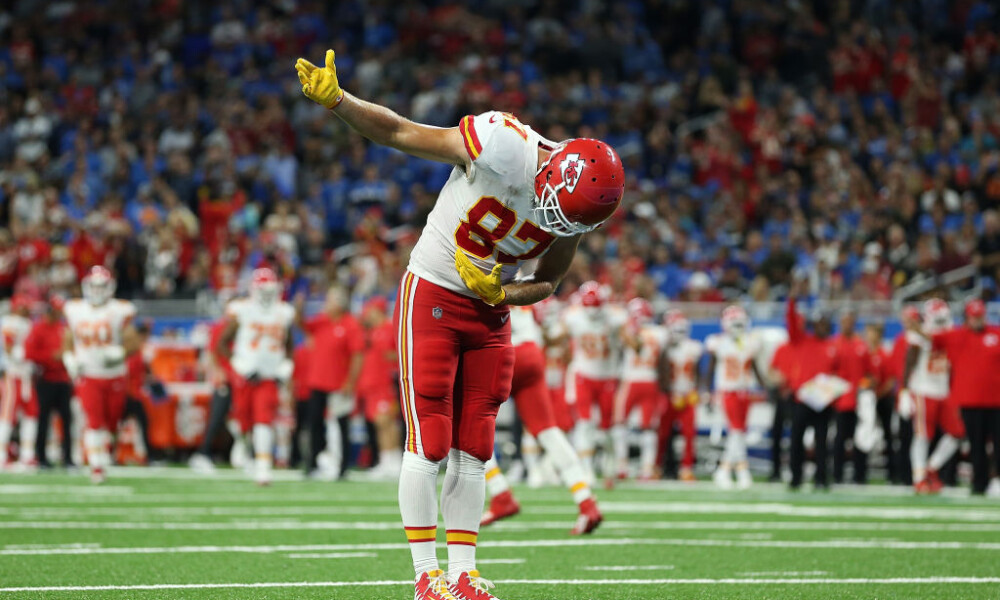 Reminder: Teams are ranked by their odds to win the Super Bowl according to Las Vegas, with their previous week's ranking in parentheses.

The Chiefs are, at the moment, the clear No.1 team in the AFC and the odds on favorites to represent the AFC in the SuperBowl.

The Eagles did all they could to get a win in Indianapolis and were able to squeak by with a one-point victory. The win moved them up one spot.

Look at this, without even playing, the Dolphins move up two spots on the list. With both the Vikings and Giants putting up stinkers, the Dolphins reaped the benefits.

A gutsy bounce-back win for the Bills in Detroit due to a blizzard has temporarily stopped the bleeding. The win moved them up two places and back into the top five.

Check out our weekly fantasy football rankings, the best rankings available for all leagues!

The Ravens won an uncharacteristically low-scoring game and moved into the top five.

Wow! This was an unbelievable bounce-back victory for the Cowboys, thoroughly dominating the Vikings from start to finish … in Minnesota. The win moved The ‘Boys up two places and plummeted the Vikings five spots.

And here are the aforementioned Vikings, seventh on this list. It’s tough to count on the Vikings, and it will interesting to see how they bounce back on Thanksgiving against the Patriots.

Winning on the road against a divisional rival is always tough, regardless of how bad they may be. The Bengals took care of business, and it moved them up one spot on the list.

Don’t sleep on this 49ers team. Christian McCaffrey seems like the final piece of the puzzle. A huge win in Mexico moved the Niners up one spot.

The same holds true for the Titans, don’t sleep on the Derrick Henry-led team. Winning on the road at Lambeau Field is never easy, yet the Titans made it look like it. The win puts them back into the top 10.

This was a terrible loss. The Giants seemingly were clicking on all cylinders, but the lowly Lions went into Giants Stadium and took it to the G-Men fairly easily. It plummeted them seven huge spots and outside of the top 10.

The bye week off moves the Bucs up one spot as other teams around them fall.

Same for the Seahawks … the bye, coming off of their loss in Germany the week earlier, has moved Seattle up one place.

The Patriots are methodically moving up this list and are now the sixth seed in the AFC. This short week against an angry Vikings team on the road may tell if the Pats are for real.

The Chargers are starting to get their players back, and they played hard against the Chiefs … but Kansas City just has too much at the moment. The tough loss dropped them down three spots on this list.

This jump of six spots is more about all the teams around them losing than anything the Commanders did. The Commanders have been exciting under Taylor Heinicke's leadership, but a win over Houston should only get you so far. I’m not sure they are worthy of a 16-seed.

Dan Campbell has his team playing well; he really does. And when they are healthy, there is enough of a sample size to say this is a decent team. They are definitely at home in the 16-20 range at this time.

In my preseason synopsis of teams, I suggested that at some point, HC Robert Saleh would need to bench Zach Wilson. Well, the time has come. If for nothing else, Wilson deserved to be benched for saying he felt no responsibility for the team’s dismal performance on Sunday against the Patriots, when they only gained TWO YARDS in the second half.

After what could have been a signature win against the Cowboys, the Packers come back at home to look awful against the Titans. This inconsistency is a sign of a bad team.

Under Jeff Saturday, the Colts are showing heart. They almost followed up their win last week by knocking off a very good Eagles team. They are still in the playoff hunt.

Kyler Murray may not be Lamar Jackson, but can we all stop with the notion the team is better with Colt McCoy. This appears to be a lost season, but moving forward, they will need Murray.

Speaking of lost seasons … the Rams appeared done before Cooper Kupp went down, but without him, they are toast.

This is a team that will win a few random games, but it is impossible to count on them for any consistency.

The win against the Rams moved the Saints up two places and moved the Rams down two places. They still find themselves a couple of spots behind the Rams, but at this point, these teams are all somewhat interchangeable.

A neutral site loss to the Bills dropped the Browns two places. Although they gave it a valiant effort, they were catching the Bills at a bad time and just don’t have the overall talent.

The Falcons won a tough game against the Bears. It was another game that the Bears played just well enough to lose, and the Falcons were the beneficiary.

Finally, the Raiders have won another game. The win moves the Raiders out of the 30s, which at least visually is a bump … but in practicality, it means nothing. This is a lost season.

The Steelers just didn't have the firepower to compete with the Bengals this week, even without Ja'Marr Chase.

The Panthers only mustered three points against the Ravens, and switched spots with the Raiders because of it.

For the last couple of weeks, my posts have been the same down here … thank God for the Texans, which keeps all these teams out of the basement. It does feel like the Bears should be much better than where they are, and I have a feeling that 2023 could be their year.

And then there’s the Texans in the basement.