Brandon names some players in the AFC East who are being overdrafted in fantasy football leagues. 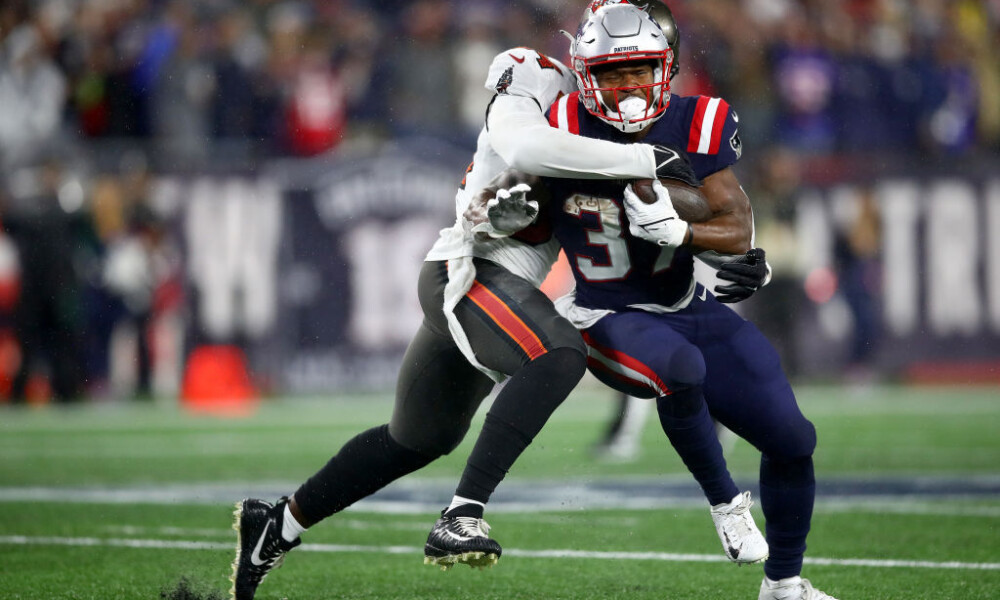 Our fantasy stock watch after the conclusion of the 2022 NFL draft continues with our fantasy bust list. Every year players are taken at an ADP much higher than their performance level warrants, and this article will be taking a look at what players in the AFC East are the ones you need to be cautious about during your draft.

Despite a very impressive rookie campaign for Carter, the Jets decided to use their second round selection this year on Iowa State workhorse back Breece Hall. Given his draft capital and profile, expect Hall to see most of the carries. With Hall taking over as the bellcow, it doesn’t seem like Carter will be anything more than a third down back for this team. Before the draft, you could argue for Carter to have a higher ADP, but I don’t think he can be drafted as anything more than a handcuff until we see differently.

Harris has been a steady fantasy presence in the Patriots backfield for a couple of years now, but I’m worried his role could change a lot this year. Last year Harris battled multiple injuries including concussions that forced him to miss time. Combine that with the presence of veteran pass-catching RB James White, Rhamondre Stevenson who flashed as a rookie last year, and newly drafted rookie Pierre Strong, and Harris has a lot of competition in the running back room. I still think Harris starts off the year taking most of the snaps, but I wouldn’t be surprised if his role diminishes dramatically due to the presence of Stevenson and Strong, with James White getting third down snaps. While his ADP sees him going off the board as RB24, our PPR Cheat Sheet has him ranked much lower, at RB36.

This might be the most surprising player on the list. Hill has been one of the top fantasy receivers in the league since 2018. With that being said, his quarterback situation has changed significantly since being traded to the Dolphins. Hill had arguably the best quarterback in the league in Patrick Mahomes who was able to make him a consistent monster in the vertical passing game. This is where I think Hill’s fantasy value takes a major hit with a quarterback like Tua Tagovailoa. I don’t see Tua being able to maximize Hill’s value in the vertical passing game. That combined with sharing targets with Jaylen Waddle and tight end Mike Gesicki means it could be possible Hill’s fantasy value is lower than expected. While this is not to say Hill will be a complete bust as a fantasy asset, It’s definitely possible he could underperform given his second-round ADP.

The Bills have been patient with Singletary for a couple of years now, hoping he can turn into that three-down back they desired when they drafted him. Unfortunately the Bills have not been able to sustain a successful running game with Singletary, and the high draft capital they used to draft running back James Cook seems to be a sign the Bills are finally done giving Singletary control of their backfield. Singletary may have a role early on, but I expect Cook's usage to only increase as the season goes on. I wouldn’t draft Singletary at all this year, especially not at his current ADP.