Brandon breaks down the fantasy impacts of each AFC East team's schedule. 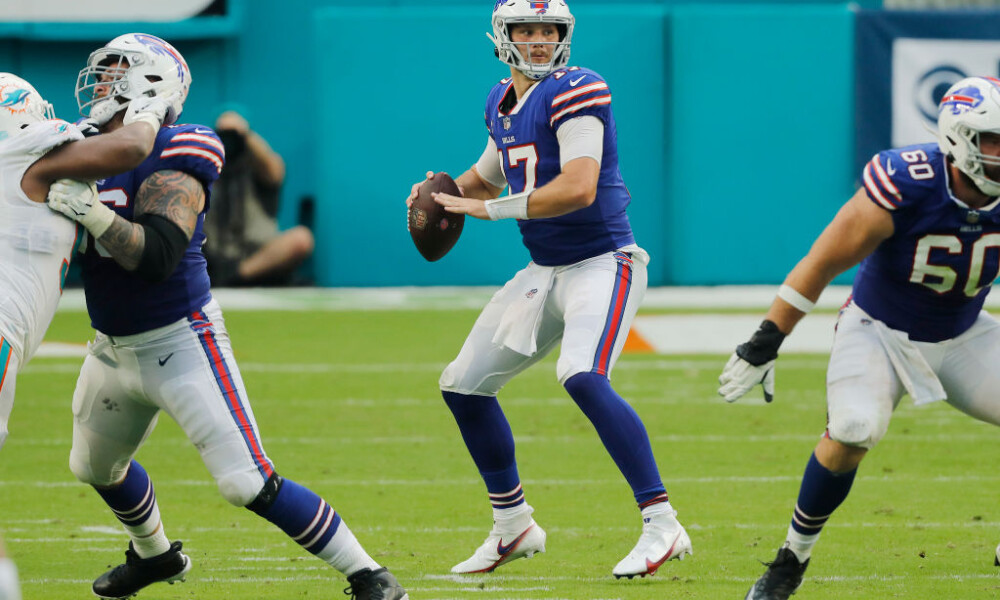 The NFL landscape changes dramatically from year to year, so it's impossible to really know how certain teams, position groups and players will be next year. However, looking at the schedule can give a glimpse into the challenges or advantages a team or player might have in the upcoming season. This article will take a look at the schedules for each AFC East team and see what their schedules mean for their players' fantasy outlooks.

Check out the DrRoto.com Fantasy Football Rankings and Projections! The best in the business, they make drafting easy for PPR, Half-PPR and Standard leagues!

As if Josh Allen wasn’t already an automatic fantasy superstarter, this schedule gives even more reason for him to be the first quarterback taken in drafts this year. Of the top ten teams with the most fantasy points given up to quarterbacks last year, Allen and the Bills play six of those teams: the Titans, Ravens, Chiefs, Jets (twice), Vikings and Lions.

We’ve already talked about Damien Harris potentially producing less than expected this fantasy season, and when you take a look at the Patriots schedule, it doesn’t do much to ease those concerns. They play four teams in the Ravens, Cardinals, Colts and Packers that were in the top 10 in least amount of points given up to running backs last year, as well as other tough defenses twice each in their division rival Dolphins and Bills. I would avoid Damien Harris in drafts unless you can get him at a value.

Zach Wilson is in his second year and Jets fans and fantasy investors are both looking for him to make a massive leap. Again another AFC East QB who gets the chance to face three of the top 10 teams who gave up the most points to quarterbacks last year in the  Vikings, Ravens, Lions. They also play the Packers and Bears who just missed the top 10. Wilson will have chances to have big fantasy games this year, so if he doesn't turn up it may be time for dynasty owners to cut their losses.

All eyes are on Tua Tagovailoa this year. He now has two legitimate number-one-caliber receivers and an offensive-minded head coach. If he can perform well, Tyreek Hill and Jaylen Waddle have a chance to have really productive years. They face four of the top 10 teams that gave up the most points to receivers last year, in the Ravens, Vikings, Texans and Bears.