Jay gives his take on which AFC South players have seen their value increase thanks to the NFL Draft ... and which have seen it go the other way. 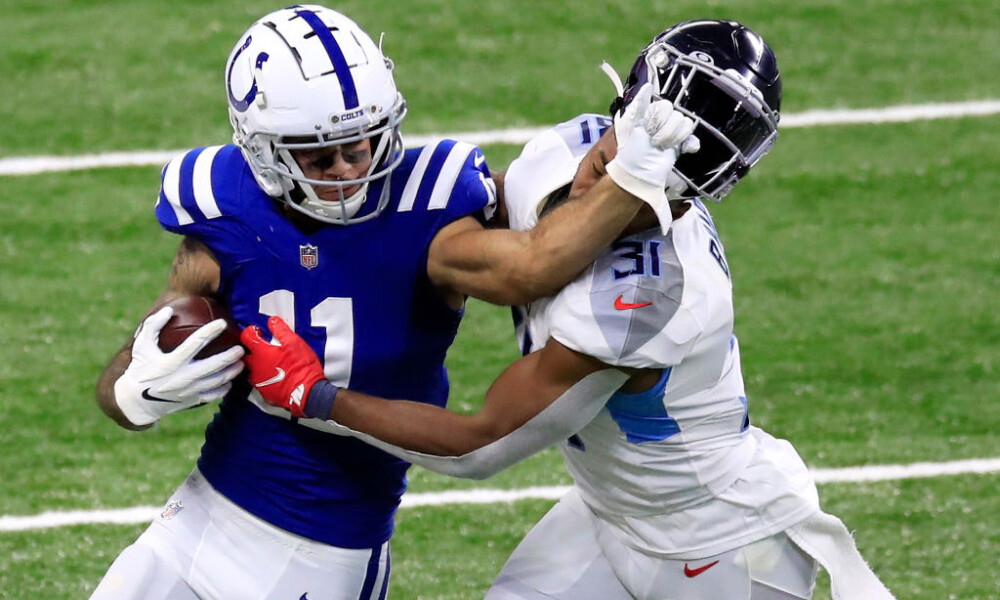 The AFC South won’t win any beauty contests, but there may be times during your fantasy football drafts that you need to dip into the division for talent. With the NFL Draft in our rearview mirrors, here are some rising and falling players from the AFC South to help your draft board.

Pittman Jr. will greatly benefit from a more well-rounded cast of characters around him. The Colts’ first two selections of versatile wide receiver Alec Pierce at pick 53 and uber-athletic tight end Jelani Woods at pick 73 will immediately take attention away from Pittman. Even with the new pass catching additions to the lineup, Pittman Jr. should still receive the lion share of targets from his new quarterback and has the potential to see his touchdown numbers take another leap forward. The third-year receiver played all 17 games last season showing his durability. He also had the same number of dropped passes in his second season as he did in his rookie year with more than double the catches and targets. He’s only going to get better. Draft with confidence.

Ryan is next in line in the game of musical chairs at quarterback for the Colts. The war room in Indianapolis wasted no time adding to Ryan’s new arsenal of weapons that already includes Pittman Jr. and All-Pro running back Jonathan Taylor. Alec Pierce and Jelani Woods provide Ryan with two additional targets he can trust anywhere on the field. Tackle Bernhard Raimann, chosen with Indy’s second of three third-round picks, will push for playing time on an offensive line that will be an upgrade from Ryan’s time in Atlanta. Don’t expect numbers that rival his MVP season of 2016, but feel free to move Ryan up your draft board in anticipation of a solid first season as the signal caller for the Colts.

As the Texans officially begin life after Deshaun Watson, Mills appears to have the confidence of the front office in Houston. His late-season play helped keep his team competitive in what was widely considered a lost year for the franchise. A team in dire need of offensive line help, Houston drafted two-time All-American lineman Kenyon Green with their second pick of the first round to help protect Mills. Houston then traded up to pick 44 to take John Metchie III to give Mills a field stretching threat and what the Texans hope is the future star of their wide receiver room. Drafted with pick 107, running back Dameon Pierce gives Mills a multi-talented option out of the backfield, something he didn’t have available last season. Keep an eye on the man Texans fans call General Mills as someone that can contribute in two-QB and Superflex leagues and as a matchup-based fill-in during bye weeks in one-QB leagues.

Jacksonville swapped two sixth-round picks with the Eagles to move up 34 spots into the fifth round to draft Ole Miss RB Jarod “Snoop” Conner. While splitting carries for Coach Lane Kiffin in Oxford, Connor excelled where it matters the most in the world of fantasy football: near the goal line. Of his 26 career touchdowns, 19 were within five yards of paydirt and 14 of them were runs of one yard or less. A touchdown vulture like Connor, a healthy Travis Etienne and a probable late start to camp due to Robinson’s Achilles tear suffered in December are all reasons to pass on the young ball carrier.

On day one of the draft, Tennessee traded their number one wide receiver A.J. Brown to Philadelphia for pick 18 in the first round. The Titans immediately drafted who they feel will be Brown’s replacement in Treylon Burks, but Burks likely won't contribute as much as Brown would have in 2022 at least. The most intriguing pick of the Titans’ draft is a third-round pick, Liberty quarterback Malik Willis. Even a healthy Derrick Henry won’t be able to take all the pressure off of a declining quarterback with a rookie WR1 and a third-round pick waiting in the wings to take his job. Tannehill has already alienated some of the Titan fan base with last season’s playoff debacle and his comments on not wanting to mentor Willis. His season could go downhill quickly with a slow start. Avoid Tannehill until further notice.

While teammate Michael Pittman, Jr. will benefit from the influx of offensive talent in the locker room, expectations should be tempered for Alie-Cox. Jack Doyle’s retirement offered brief hope for the tight end’s fantasy prospects, but the arrival of third round pick Jelani Woods closed that window. Alie-Cox may begin the season on top of the tight end depth chart in Indy, but Woods will eat into his targets and may push for the role of TE1 for the Colts before the end of the season.