Jay shares some players from the NFC South that, while talented, have red flags that mean you should stay away on draft day. 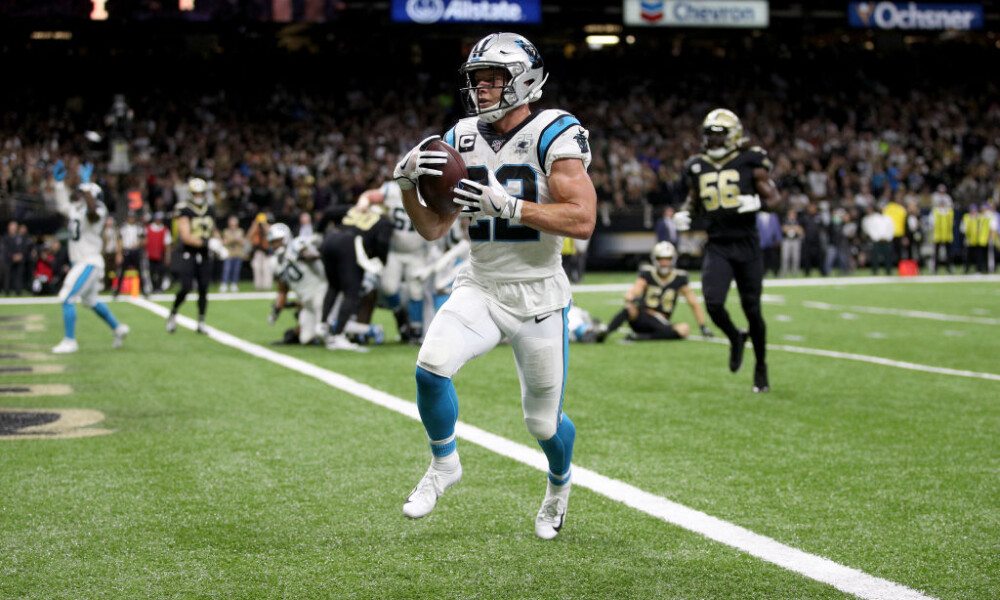 In a division full of star power, there are quite a few big names to avoid at their asking price in fantasy drafts. Check out this list to see which NFC South players to stay away from at their current ADPs.

Fool me once, shame on you. Fool me twice, shame on me. After playing every week during the first three seasons of his NFL career, Christian McCaffrey played a paltry total of three games in 2020 due to the combination of a high ankle sprain, a shoulder sprain and a thigh strain. 2021 brought hope for McCaffrey to return to his glory days of fantasy football stardom, but a hamstring strain sidelined him for five games and a Week 12 ankle injury finished his season as he was placed on injured reserve. McCaffrey will be handled with kid gloves during the preseason and most likely won’t see one snap prior to regular season games. If the injury history isn’t enough to scare you away taking McCaffrey with your first-round pick, D’Onta Foreman has been brought in to help carry some of the load for the Panthers after an impressive second half of the season in Tennessee following Derrick Henry’s foot injury. Is the talent there for McCaffrey to be a top running back in 2022? Yes. Is the gamble worth taking him in the first round? Signs point to passing on the former overall number one fantasy football player.

Another perennial first-round pick like McCaffrey, Alvin Kamara had a down year in 2021 by his standards. It’s easy to point at the quarterback play as a big reason why. Jameis Winston has been given the keys to the kingdom in The Big Easy, which admittedly gives Kamara a boost over last season’s options in the New Orleans quarterback room. After that, though, the news isn’t favorable for Kamara. The Saints traded up to pick eleven of the first round to make Chris Olave the third wide receiver off the board. This will help spread the field but will also take some of Kamara’s target share. The steady but not spectacular Jarvis Landry was added to the wide receiver room, as well. We still don’t know if Michael Thomas will be healthy enough to also take away looks from Kamara, but it seems like Thomas will contribute at some level even if it’s not at his previous all-world status. In addition to the on-field variables, the biggest question mark for Kamara is the felony battery charge stemming from an incident at the Pro Bowl. Those legal troubles may extend into the season. Depending on your format, it’s just hard to buy into the thought that the return on investment as a late first or early second round pick will be there for a number of reasons. Just like McCaffrey, Kamara is no longer a foundational player as he approaches his age 27 season.

As versatile as it gets, four-time Pro-Bowler Cordarrelle Patterson showed he could do a little bit of everything last season for Atlanta by amassing 618 rushing yards, 548 receiving yards, 434 return yards and 11 total touchdowns. However, the Co-Most Improved Player of the Year was completely bottled up during the final four games of the 2021 campaign. Whether it was his 30-year-old body tiring out or teams scheming to stop him, Patterson did not perform throughout the fantasy playoff schedule. Kyle Pitts has overall TE1 potential, and eighth overall pick Drake London has a bright future as a wide receiver, but there really isn’t anything going on in Atlanta that hints the now 31-year-old Patterson can achieve the same success again in 2022. Find someone else to take in the eighth or ninth round.

One of the surest bets at wide receiver over the last couple of years, a torn ACL and MCL suffered in Week 15 against the Saints looms like a black cloud over the start of Chris Godwin’s 2022 season. There’s no doubt the potential to still put up WR2 numbers is there for Godwin, especially with Tom Brady seemingly continuing to drink from the fountain of youth under center for the Bucs. The addition of Russell Gage gives Tampa someone to fill in as their number two target if Godwin does miss the beginning of the season, but the depth after that is nearly non-existent. The closer your draft is to the beginning of the season, the easier it will be to decide on investing in Godwin. Keep tabs on his health and manage your expectations.

Rob Gronkowski showed last season he still has a lot left in the tank. There is no doubt that his skills in the red zone would benefit his buddy Tom Brady and the rest of the Tampa offense in 2022. My issue with Gronk currently being drafted at all is that we don’t know if he’s even going to play. He’s a lottery ticket that I’m not willing to pay for at the current cost. He was a top five TE in 12 games last season, but you can’t be a top five TE if you don’t play at all. At this point he’s closer to returning to professional wrestling than the gridiron. Avoid the future Hall of Famer until you are absolutely positive he is returning or the price is just too good to pass and you have room to stash him.