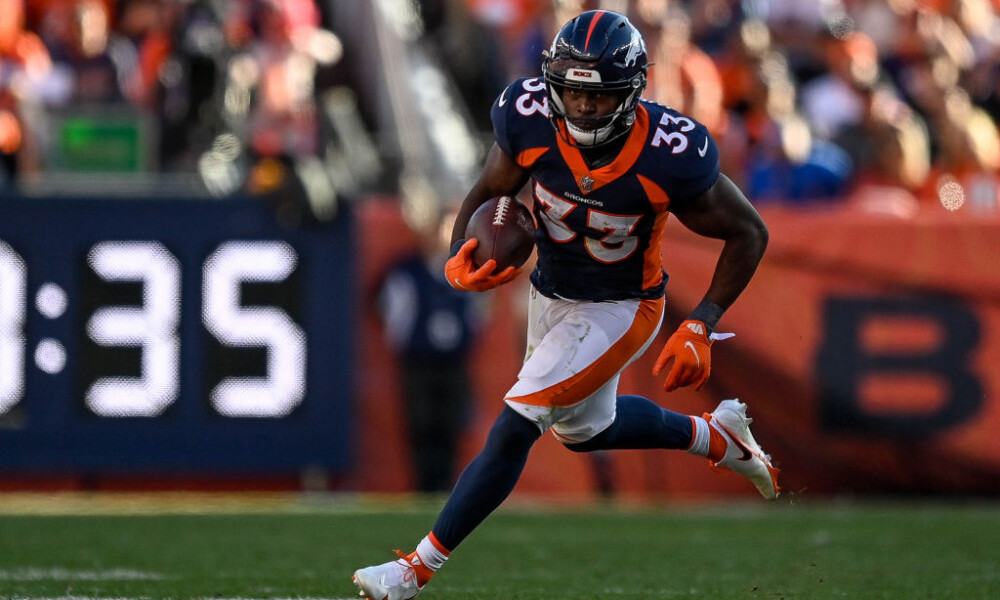 It’s still early in the off-season as NFL free agency approaches in mid-March, followed by the NFL Draft on April 28. But I have an early list of 10 players you need to target in this year’s fantasy drafts. These players should easily outperform their current ADPs and put you ahead of your competition.

Williams is fourth overall on my draft board, and I am pushing to draft late first-round where his ADP is right now. I would rather have him at 10-12 overall than any other first-rounder at their draft position. Picking late in the first and snagging Williams will allow you to get another premium second-round player to go with his elite RB talent. He is dynamic, catches the ball and gains yards after contact. He is the prototype three-down back and should be in line for 20 plus touches per game with RB Melvin Gordon’s almost-certain departure via free agency. If he plays close to a full season we are looking at 1,500 all-purpose yards and double-digit TDs minimum, with a chance for a magical season.

Jefferson had a great season last year with 1,616 receiving yards and 10 TDs but I am expecting an even better 2022 campaign. The Vikings offense should be less conservative and open up the passing game with first-year head coach Kevin O’Connell. I expect 1,600 yards at the minimum and a boost in touchdowns to 15. A dream scenario to start my draft would be to draft 12 and 13 and get Javonte Williams and Jefferson back to back.

McLaurin is an excellent WR who has suffered tremendously from below-average QB play. Washington is expected to upgrade at QB either by trade or free agency which would make McLaurin a great fourth-round value and could bump him to the late third round. I think he is a 1,200 or 1,400-yard receiver waiting to happen and is a must-pick in the fourth round.

Dobbins missed all of the 2021 season with an ACL injury after finishing his 2020 rookie season strong. Now all reports have J.K. on schedule and ready for the 2022 season. Dobbins has all the skills and can be a three-down back. Dobbin’s draft stock will quickly rise if he stays on track with his recovery as we get closer to the season. I have him down for 1,200 yards from scrimmage and double-digit TDs.

Etienne suffered a Lisfranc injury in August and missed his entire 2021 rookie season, making him a risk-reward type player. Reports are that he is close to 80-85% and on track to be ready for the upcoming season. Etienne is another back who has all the skills and should be an excellent three-down back. If healthy his ADP will only rise as the season gets closer. Players drafting best ball leagues early can expect to get him in rounds six-eight, making him an absolute steal.

Mooney blossomed last year, eclipsing 1,000 receiving yards in just his second season, and should blossom more with Justin Fields settled in as the clear starter. Mooney only had four TDs last season and should easily surpass that. With good QB play, Mooney is in line for 1200-plus receiving yards and eight-ten TDs, making him great value in Round 6.

Smith is better than what his 2021 rookie stats showed, and he can only go up from there. He should have much better chemistry with Jalen Hurts and definitely get 1,000 yards plus and close in on double-digit TDs. Smith is a nice seventh-round option to solidify your receiving corps and flex position

Quarterbacks who can run for 60-100 yards per game have easy pathways to 20 fantasy points every week and Fields will give you just that. Fields has growing chemistry with WR Darnell Mooney and I hope TE Cole Kmet can flourish under a new coaching staff. Let other fantasy owners take Patrick Mahomes, Lamar Jackson and Dak Prescott early while you use your early picks on WR and RB and then get great value at the QB  position with Fields.

Toney was injured much of the 2021 season but when healthy was a focal point in the Giants offense. He has the ability to put up 10 receptions and 100 yards in any given game. He has elite quickness and turns short passes into 15-yard gains. He is a 1,000-yard-plus receiver in the making, provided he stays relatively healthy.

Provided Cousins is back with Minnesota you can pen him in for 4,000-plus yards and 30-plus pass TDs. He is a great player to have as a second QB option and, with the new Vikings coaching staff, he has a chance to even increase those numbers to 4,500 yards and 35 TDs. He is not a risky option and has a chance to start multiple weeks for your team. Who knows, with a hot start and a couple of QB injuries you will have a valuable trade asset. I would be excited to leave my draft with a Fields/Cousins QB duo.