Trevor delivers a verdict on the moves made by each NFC North team so far. 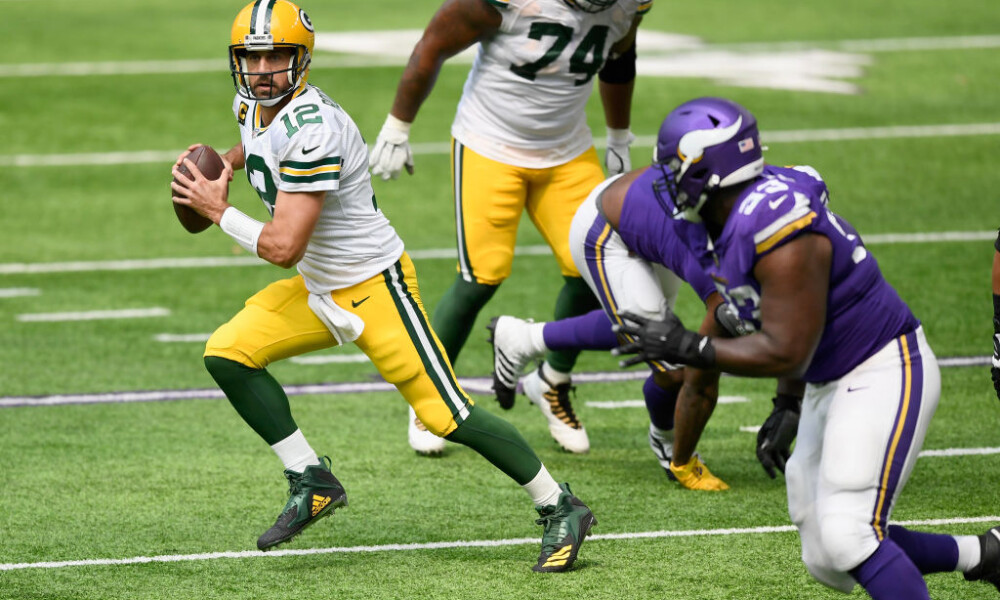 It's been one of the wildest NFL offseasons in recent times, and the NFC North has certainly been involved, with plenty of big splash moves. This division had it all: From major re-signings and shocking trades to two teams changing their general managers and complete coaching staffs. Here are my NFC North offseason grades to date.

Chicago started their offseason with a bang by trading LB Khalil Mack to the Los Angeles Chargers for second and sixth-round picks with the Chargers picking up Mack’s contract. On the surface, it feels as though the Bears could have received more for a player of Mack’s caliber but when you look at his contract, age and injury history, it was time for Chicago to move on and get decent compensation. I don’t expect the Bears to be ready to contend this year so gaining future pieces is key. The Bears were not done with the Mack trade, as they signed a trio of veteran defensive players, DE Al-Quadin Muhammad, DT Justin Jones and LB Nicholas Morrow, not splashy names but all could make solid contributions and help replace LB Danny Trevathan and DT Akiem Hicks.  On the offensive side, they signed WR Byron Pringle who is coming off his best season as a pro for Kansas City. He became a nice reliable option for Patrick Mahomes and should give the Bears a much-needed boost at the position after losing disappointing WR Allen Robinson. I give the Bears a B -, I thought they would do a little bit more to improve the offensive line but they appear to be headed in the right direction looking toward the future with Justin Fields.

I really like what the Lions have done … which isn’t much at all.  They released DE Trey Flowers, saving 10 million dollars, and signed WR D.J. Chark who will be a solid receiving weapon when healthy. On defense they added CB Mike Hughes, a former first round draft pick who could impress. They also re-signed some of their better players such as S Tracy Walker, WR Kalif Raymond and WR Josh Reynolds. What I like the most about the Lions’ offseason is that they didn’t overspend. The Lions are building and not quite ready for contention. It would not make sense to be stuck with overpriced players in the middle of a rebuild, and for that, they get a B+ from me.

The Packers' offseason started with a bit of drama surrounding Aaron Rodgers. Would he want to be traded? Would he retire? Well, he signed a four-year extension worth $200 Million and gave the Packers some much-needed cap relief this season. What was a shock was then trading WR Davante Adams to the Las Vegas Raiders for 2022 first and second-round picks. The Packers tried to retain Adams but the receiver decided he wanted to play with his former college QB Derek Carr. The move doesn’t make the Packers better entering the 2022 season, but they did get fair compensation and added cap relief. I call this a win for the Packers’ front office. They were also not able to re-sign WR Marques Valdez-Scantling which leaves the Packers especially thin at the WR spot. What the Packers were able to do was re-sign TE Robert Tonyan, LB De'Vondre Campbell and CB Rasul Douglas, while extending LB Preston Smith and signing free agent DT Jarran Reed. Despite losing Davante Adams the Packers were able to keep Rodgers at QB for the foreseeable future, obtain quality draft compensation, retain the majority of their key players, add a quality DT and save cap room. For that, they get an A-.

The Minnesota Vikings were another team that was facing cap issues and at the front of it all was QB Kirk Cousins. Cousins was entering the final season of his contract and the Vikings’ new management had to make a decision to try and contend now or plan for the future. They clearly chose to play to win now as they extended Kirk Cousins and converted much of DE Danielle Hunter’s salary into a signing bonus. While the Vikes lost TE Tyler Conklin and DT Michael Pierce, they were able to sign free agents LB Za’Darius Smith, DT Harrison Phillips, LB Jordan Hicks and TE Johnny Mundt, and then re-signed CB Patrick Peterson. The Vikings’ ultimate grade will depend on how they do with Cousins at the helm going forward. Considering the salary cap issues and what they were able to do I give the Vikings a B, they made some good additions to bolster the defense but have really done nothing to address the right guard situation and are very thin still at CB.