Mike lists two NFC North players that you should remove from your draft boards in your Fantasy Football leagues. 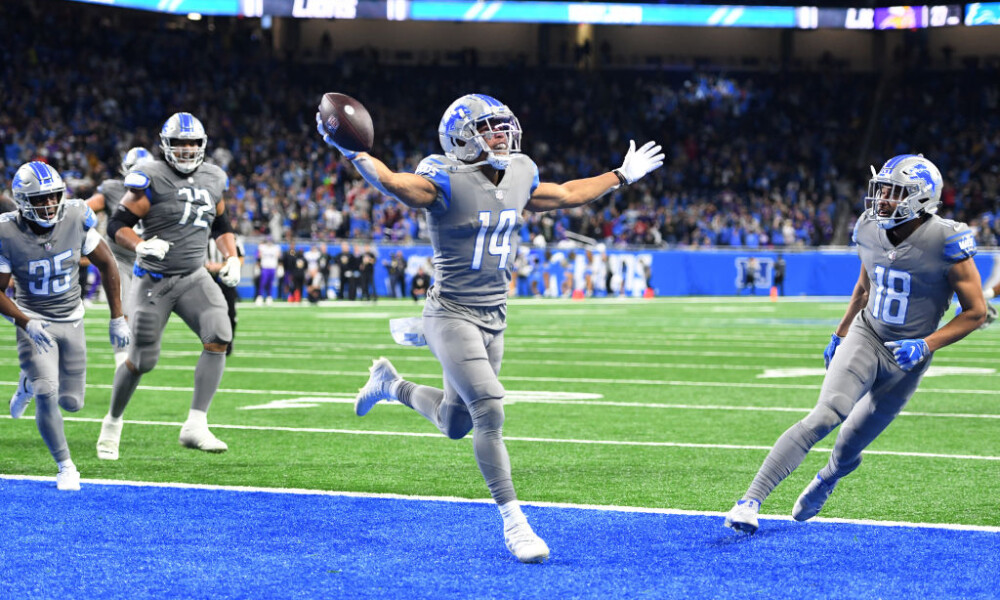 St. Brown managed to salvage his year over the last six games after exploding for 67 catches, 560 yards, and securing all five touchdowns on the year. His final totals ended with 90 catches, 912 yards, and those five touchdowns. Even after the hot finish to 2021, he comes in on our potential bust list in 2022.

First, St. Brown still has Jared Goff (QB29) under center and although they built a nice connection, Goff will have an upgraded receiver room to target. The Lions went out this off-season and signed a prototype #1 receiver, DJ Chark, while also using their first-round draft capital on Alabama receiver, Jameson Williams. Chark and Williams are major upgrades over guys like Quintez Cephus and Kalif Raymond. Outside of the receiver room, St. Brown will also battle with arguably the two most important players on offense in tight end T.J. Hockenson and running back D'Andre Swift. Both are major players in the passing game and will command target share that could make St. Brown's ability to recapture last year's magical finish.

Davante Adams is no longer in Green Bay, but Aaron Rodgers is, and that makes any receiver viable. The question is whether Allen Lazard can handle an expanded role and will he convert the additional opportunities. We saw glimpses of the connection with Rodgers to end the year including four touchdowns in the final three games. It would not be surprising to see the Packers go after another veteran receiver in Free Agency.

Rodgers will have to decide where Adams' targets will go and who he trusts. Longtime teammate, Randall Cobb, brings a strong connection with 563 career completions and 47 touchdowns but most believe it will be second-round pick, Christian Watson, that will pose as a threat to Lazard's potential. How oft-injured Sammy Watkins looks and how much progression Amari Rodgers has made will go a long way in determining the future of this position. If you're spending a late-round pick on Lazard, be prepared to go another direction during the season if he returns to his standard 35-40 catch production.