Winter is coming, and with it comes more weather that will impact fantasy performances. Make sure to check out Mark's weather update before you lock in your DFS lineups! 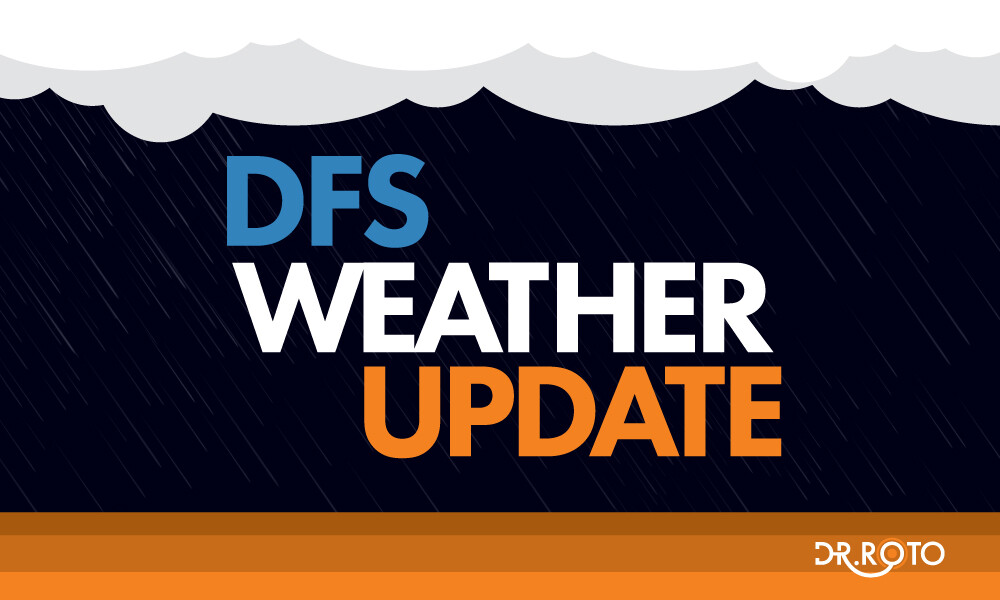 This will be the first week where we have numerous weather impacts as the weather pattern is in the process of changing from a warm weather pattern to a cooler one. When changes like this happen, there will be areas that are windy and this weekend is no exception. Though there will be quite a few impacts, the magnitude of the impacts should not be huge.

Games impacted: No rain is expected. In terms of breeziest to less breezy, the impacted games will be found in CLE, WFT, BAL, NE, CHI, NYG, CAR and finally PIT.

Clear and calm. Temps fall to near 60.