Dynasty Fantasy Football: What Should You Do With Calvin Ridley?

Jack breaks down all the angles on Falcons WR Calvin Ridley from a dynasty fantasy football perspective. 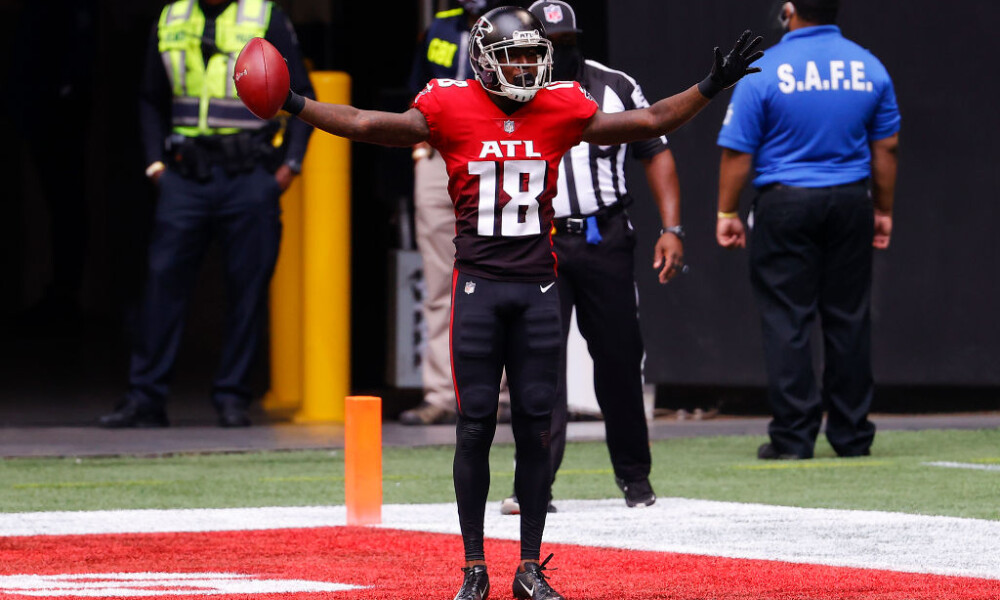 On March 7, 2022, the NFL announced that they would be suspending Atlanta Falcons young, upcoming star receiver Calvin Ridley for the entire 2022 NFL season due to him placing bets on NFL games. This news sent shockwaves across the NFL world and created more questions than answers surrounding both the Falcons and Ridley himself. Ridley only played in five games this past season before stepping away to focus on his mental health. This article will break down the paths you can take if Ridley is currently on your roster and you are not sure what to do with him, or if you are a dynasty player looking to acquire Ridley in the wake of his suspension.

The Case for Buying Calvin Ridley

Before missing most of this past season, Ridley was considered an emerging young wide receiver talent and one of the top dynasty assets in the league. After being drafted by the Falcons in the first round of the 2018 NFL draft (26th overall), many viewed him as the eventual Julio Jones replacement in Atlanta. Since entering the league, Ridley has posted over 800 yards receiving in each season he has played. His 2020 season was considered his true breakout season. In 15 games during the 2020 season, Ridley caught 90 balls on 143 targets for 1,374 yards and 9 touchdowns. Those are numbers that a true top wide receiver puts up and his performance earned him second-team All-Pro honors in 2020.

The news of Ridley’s suspension created a unique situation for him in terms of his dynasty value. Before the suspension, there were tons of trade rumors surrounding Ridley and his future in Atlanta. Many fantasy players were excited to see where Ridley would land and wanted to wait to see what happened before considering moving him. His suspension ended up slamming those sell windows shut.

As someone looking to buy Ridley, you may be able to take advantage of his value drop depending on how the person with Ridley on their roster in your league feels about him. When Ridley returns for the 2023 NFL season, he will still be only 28 years old and be looking to re-establish himself as one of the top young wide receivers in the NFL. Ridley still has a ton of potential to be a great dynasty asset and there is a very good chance this is the lowest his trade value will ever be. If you have roster space, it may be worth taking a chance on Ridley since he can most likely be acquired for a relatively low cost.

The Case for Selling Calvin Ridley

If Calvin Ridley is on your roster in a dynasty league you have probably asked yourself something along the lines of “Well, now what do I do with him?” One of your options is to trade him away, and there's an argument to be made that even selling low is the move to make.

Outside of Ridley, there are many questions surrounding the Falcons roster. The Falcons must determine what their future at quarterback looks like, which will certainly impact Ridley's production potential in Atlanta. They recently traded away franchise legend Matt Ryan and signed former Titans and Raiders quarterback Marcus Mariota to a two-year contract to reunite him with Falcons head coach Arthur Smith who was his offensive coordinator while he was with Tennessee. However, Mariota has not been a starter in the NFL since the 2019 season and it is no guarantee that he will be a successful Matt Ryan replacement or a successful starter in general.

Given the uncertainty around the state of the Falcon’s roster, it may be best to sell Ridley to a player within your league who is interested in betting on his potential. You may not receive much in return, but it would be better than having Ridley never return, or underperform when he's finally back after a year and a half of the field, losing all value.