Jack has a sleeper from every NFC South team that you'll want to know for your fantasy football season. 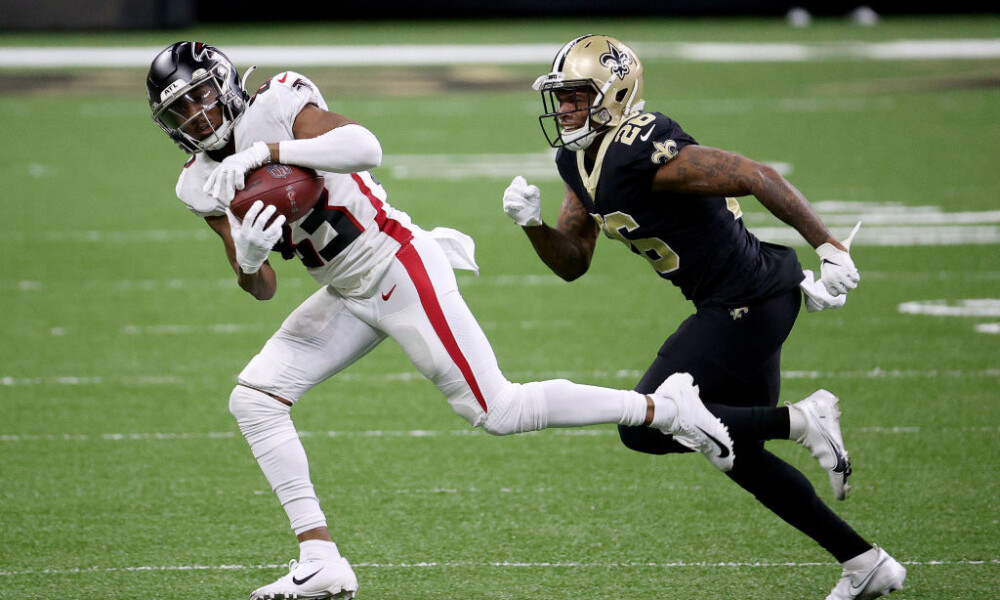 It is never too early to begin prepping for the upcoming fantasy football season! While having a few star players is a solid foundation for a winning roster, most of the time leagues are won by having great depth and hitting on late-round picks. This article will highlight some potential sleepers from each NFC South team for you to keep in mind as you develop your draft board for the upcoming fantasy football season.

Mariota’s career has not gone how he would have liked since he was drafted second overall out of Oregon by the Tennessee Titans in the 2015 NFL Draft. He ended up losing his starting job in Tennessee halfway through the 2019 season, and has been a backup in the league ever since.

However, he recently signed a two-year contract with the Atlanta Falcons to reunite him with his former offensive coordinator during his time with the Titans in Arthur Smith. Mariota is still only 28 years old and could very well be the Falcons quarterback of the future if he performs well. It is also worth noting that Smith knows Mariota’s strengths and could build the offense around those strengths. The Falcons also hold the eighth overall pick in this April’s NFL Draft so they could add another offensive playmaker to pair with second-year tight end Kyle Pitts and do-it-all player Cordarrelle Patterson. Assuming they draft a playmaker or two in the draft this could be the making of a solid enough foundation on offense in Atlanta to allow Mariota to put up QB2 numbers.

When Marshall was drafted in the second round of the 2021 NFL Draft by the Panthers, many were excited to see how he would be used in their offense. At the time, Marshall's former coach at LSU Joe Brady was the Panthers' offensive coordinator. Marshall was a part of the legendary 2019 LSU football team that went on to win a national championship, and the hope was that Brady could unlock his talents once again. That didn't come to pass, as Marshall ended up having a disappointing rookie season, with only 17 catches for 138 yards and zero touchdowns.

Heading into 2022, Marshall will have another opportunity to prove that he can be an ascending talent at wide receiver in the NFL. A big factor that will play into how well Marshall performs will be how the Panthers handle their quarterback situation. It is worth noting that the Panthers currently hold the sixth overall pick in this year's NFL Draft so, they could opt to draft their future at the position or run it back with either Cam Newton or Sam Darnold under center. If the Panthers are able to upgrade their quarterback play, Marshall might be able to put up much better numbers in year two under new OC Ben McAdoo.

It is crazy to even think it would be possible to call former two-time All-Pro wide receiver Michael Thomas a sleeper fantasy pick. However, when you only play in seven games over the last two seasons that is what can happen. Before missing time, Thomas was considered one of, if not the best wide receiver in the NFL, and was a consensus first-round pick. Injuries and roster turnover in New Orleans have affected his fantasy stock greatly, and his current ADP is in the fourth round.

An important factor to consider about Thomas is that he has only ever produced as a top WR when catching passes from soon-to-be Hall of Fame quarterback Drew Brees. He has never played a full season with another quarterback and it will be hard to project how he will perform with someone else throwing to him. Saints long-time head coach Sean Payton also retired following the 2021 NFL season, and he was the team's primary offensive play-caller. Considering all these changes to the Saints roster and coaching staff on top of Thomas’ injury history it becomes easier to see why his value is so depressed. But if he returns to form, Thomas could be a very valuable sleeper pick this upcoming season, giving top-five receiver value at a bargain price.

Gage is coming off of a solid season in Atlanta with the Falcons, where he caught 66 balls for 770 yards and four touchdowns. During his time in Atlanta, Gage was often overshadowed by either Julio Jones or Calvin Ridley, so he never got his time in the spotlight in that offense.

With the Buccaneers, Gage will most likely be the receiver who lines up opposite Mike Evans, at least while Chris Godwin is recovering from an ACL injury. Oh, by the way, he will also now have Tom Brady throwing to him. Brady is a master at getting his playmakers the ball in ways that fit their strengths. This is a golden opportunity for Gage and it could very well be the start of his true breakout season. He is also only 26 years old, and could develop nicely in Tampa Bay’s pass-happy offensive system to be a fantasy WR2 even when Godwin returns.