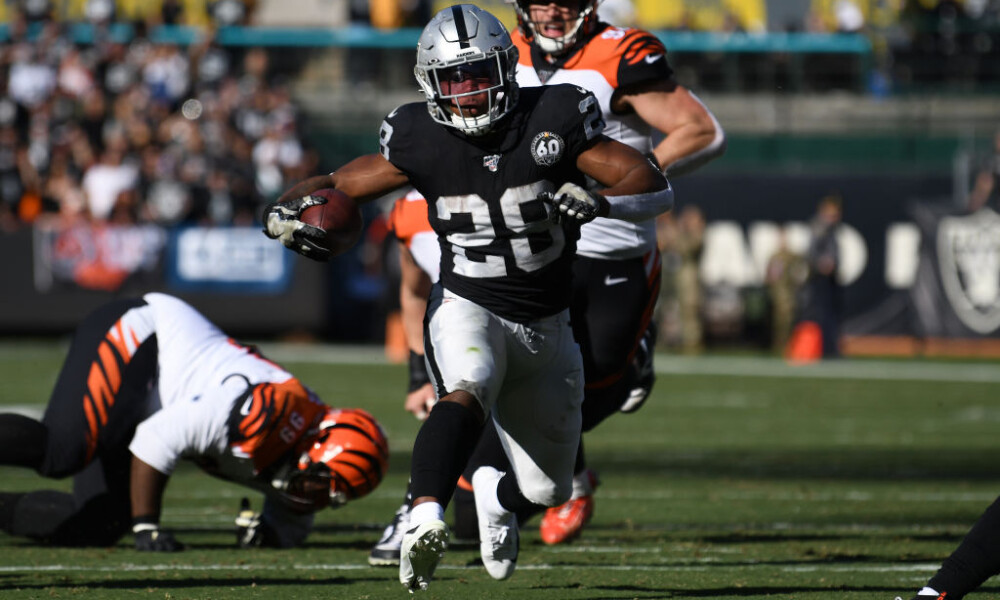 The AFC West rapidly became one of the best divisions in the NFL this off-season. Unfortunately, that will not stop them from having players who underperform in fantasy formats. This article will lay out some players to avoid from within this powerhouse division.

Last season for the Broncos, Melvin Gordon had a successful season, rushing for 918 yards and eight touchdowns. Gordon achieved these numbers while splitting carries with then-rookie running back Javonte Williams. However, heading into the 2022-23 season the Broncos backfield will likely feature Williams as the main back and Gordon in a complementary role. This causes Gordon’s value to decrease significantly due to the decreased snap count and fewer overall touches. He should still be added later in drafts as he is a very valuable handcuff and will likely be the every-down back if Williams gets injured during the season, but his current ADP is too high given he will at best be the 1B to Williams' 1A.

This offseason JuJu Smith-Schuster signed a one-year contract to join the Kansas City Chiefs. Smith-Schuster missed most of last season with an injury but before that, he was considered to be a solid WR2 with the Pittsburgh Steelers.

This off-season he took a chance on himself and opted to sign a one-year deal to play with arguably the best quarterback in the NFL in Patrick Mahomes. However, the Chiefs also drafted Skyy Moore in the second round of this year’s NFL Draft and signed former Green Bay Packers receiver Marquez Valdes-Scantling. As usual, tight end Travis Kelce will also be featured significantly in the Chiefs' passing game. For my money, Skyy Moore will likely be the receiver to have on your roster from this offense going forward. It may be best to wait until other more prominent names are off the board before you consider taking JuJu Smith-Schuster in fantasy drafts.

After rushing for back-to-back 1000-yard seasons during his first two years in the league, Josh Jacobs rushed for 872 yards and nine touchdowns last season. While these numbers are still solid, Jacobs is often considered an RB1 in fantasy drafts but he is unlikely to produce those numbers this season. This is baked into his ADP somewhat this year (RB20), but the community has not adjusted enough.

The main concern with Jacobs heading into 2022 is his overall durability as he has yet to stay healthy for a full season during his short NFL career. This concern may cause the Raiders to opt to give him less of a workload in an effort to keep him healthy for the length of the season. It should not be surprising to see more of a 50-50 split in touches with fellow running back Kenyan Drake this season. Unfortunately, these factors cause Jacobs to lose some value in fantasy drafts this year.

Seeing Keenan Allen on this list may come as a surprise especially considering he has produced 1000+ yard seasons receiving in four of the last five seasons. However, the 2022-23 season will be Allen’s age 30 season and this is historically the age where receivers start to show signs of slowing down in terms of production. The Chargers also paid big money to keep receiver Mike Williams in Los Angeles which highlights the organization's commitment to his development. It would not be surprising to see Williams take the WR1 position from Allen this season. Allen should still be a solid WR2 next season but he is currently being drafted in WR1 territory and it is possible he no longer puts up those types of numbers with Williams emerging from within the same offense.