The first and second picks in the 2021 NFL Draft both have a bright future. Jack looks at which of these QBs is better for the upcoming season. 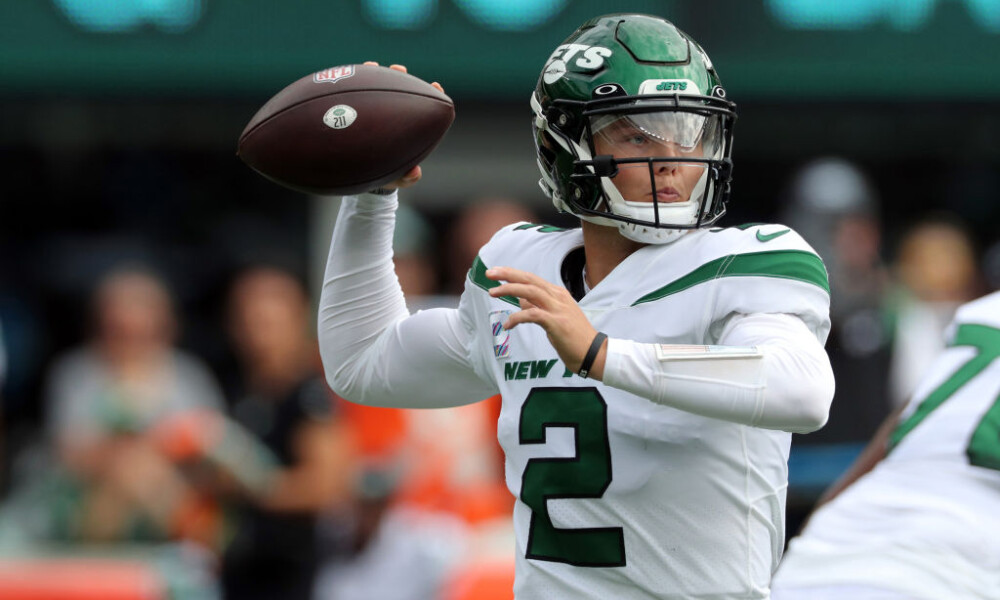 After being drafted back-to-back first and second overall in the 2021 NFL Draft, it was likely that Trevor Lawrence and Zach Wilson would be compared to each other for the length of their NFL careers. After both had slightly disappointing rookie seasons in the NFL, this article will highlight the Jacksonville Jaguars and the New York Jets' offseason moves to help position their second-year quarterbacks for success heading into the 2022-23 NFL season.

There was no shortage of headlines to come out of Jacksonville this past season. One of the most shocking moves was the firing of first-time NFL head coach Urban Meyer only a few weeks into the season. After the smoke cleared from that move, all eyes shifted to the development of then-rookie quarterback Trevor Lawrence.

The 2021 first-overall pick had an up-and-down rookie season where he threw for 3,641 yards, 12 touchdowns and 17 interceptions while completing 59.6% of his passes in 17 games. While Lawrence showed flashes of his superstar potential, he clearly struggled in his first professional season. However, part of the reason he struggled can be blamed on how much of a failure the hiring of head coach Urban Meyer was. It would have been hard for any veteran to succeed in that situation, let alone a rookie.

This off-season the Jaguars made a few notable moves that should help Lawrence perform better in 2022. They started by hiring former Eagles Super Bowl Champion head coach Doug Pederson. The hiring of Pederson should help re-establish a culture in Jacksonville and having a veteran offensive-minded head coach should do wonders for Lawrence’s development. The Jaguars also made their fair share of splashes on the free-agent market this spring. They were able to sign offensive guard Brandon Scherff, wide receiver Christian Kirk and tight end Evan Engram who will all come in and contribute immediately on offense. These additions on offense should help Trevor Lawrence take a significant stride forward in his second NFL season. Lawrence is worth targeting in later rounds of fantasy drafts as a breakout candidate for the 2022 season.

One of the biggest surprises of the draft process last off-season was how fast BYU quarterback Zach Wilson rose up draft boards and rankings. The Jets liked him enough to select him second overall in the 2021 NFL Draft and like any rookie season, there was a fair share of highs and lows.

In his debut season, Wilson threw for 2,334 yards, nine touchdowns and 11 interceptions while completing only 55.6% of his passes in 13 games. It is worth noting that Wilson did miss four games from weeks 8-11 with a knee injury. However, when Wilson returned he did look much sharper with his decision-making and overall knowledge of the offense. Which gave a slight glimpse of his potential for the future.

This off-season the Jets made a number of moves to help Wilson out heading into year two in the NFL. In free agency they added offensive guard Laken Tomlinson, tight ends C.J. Uzomah and Tyler Conklin as well as re-signing one of their most productive players from last season in wide receiver Braxton Berrios. These signings were only the beginning of the Jets' new offensive additions. A few weeks later in the 2022 NFL Draft, the Jets selected former Ohio State wide receiver, Garrett Wilson 10th overall, to pair him with veteran Corey Davis and emerging second-year receiver Elijah Moore. The Jets also traded up in the second round to select former Iowa State running back Breece Hall who is extremely versatile and can be featured in both the rushing and passing game. Clearly, the Jets wanted to surround Wilson with as much support and talent as possible on offense and they have definitely appeared to have held up their end of the bargain.

Another important fact to consider with Wilson is he is the only second-year quarterback (other than Trey Lance who hardly played in the 2021 season) to have the same offensive coaching staff heading into the upcoming NFL season. This should benefit Wilson greatly as he prepares for his second season in the NFL as he will not have to focus on learning an entirely new playbook or scheme like most other young quarterbacks have to do when their team hires a new head coach.

Based on the Jets' commitment to Wilson by signing and drafting high-end offensive talent to help him and the fact that he already possesses knowledge of the playbook, it would not be surprising to see Wilson make a large leap in year two and drastically improve his yardage total, completion percentage and touchdown pass total.

Which QB is Best to Target in Fantasy Drafts for 2022?

Honestly, you can make a successful argument for drafting both of these young quarterbacks as they are both in great positions to have breakout second NFL seasons. However, the fact that Wilson already possesses knowledge of his scheme and playbook does give him a slight edge over Lawrence. It can also be argued that Zach Wilson’s supporting cast on offense and offensive line are better than Trevor Lawrence’s. For these reasons, it may be a bit safer to target Wilson as a late-round flier. However, both young quarterbacks are worth targeting in the later rounds of drafts and they could both end up producing solid QB2 numbers in year two of their careers.