Jack Purpura takes a look at two talented third-year backs coming off big injuries, and determines which you can expect a better comeback fantasy season from. 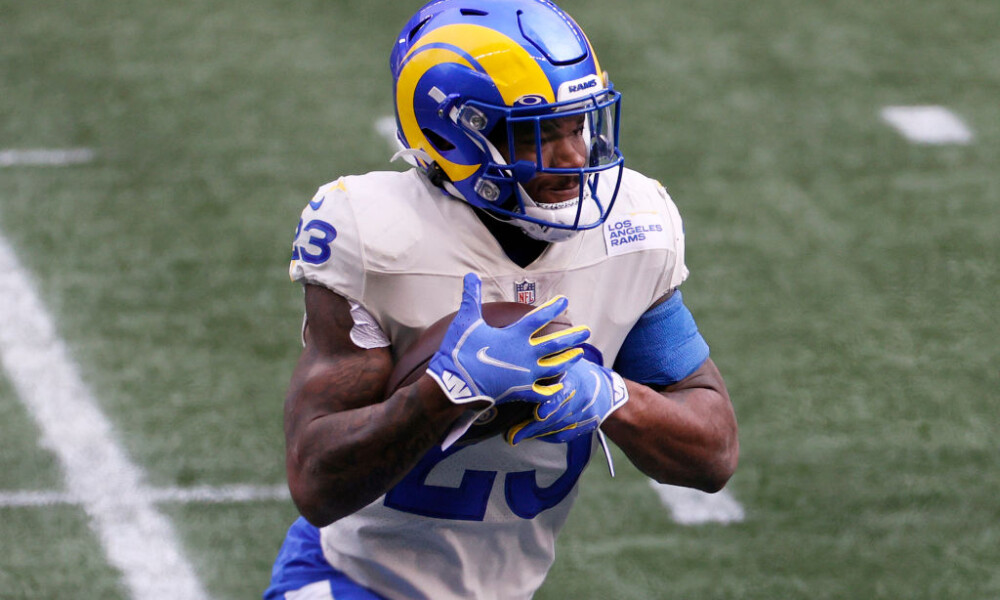 Los Angeles Rams running back Cam Akers and Baltimore Ravens running back J.K. Dobbins are two of the most exciting young backs in the NFL. Both had high expectations coming into their sophomore 2021 seasons, but suffered injuries and neither made an impact in the fantasy football season. Now that both are coming back for their third years in the league, this article will analyze both players' fantasy football prospects for 2022.

After being drafted by the Los Angles Rams in 2020, running back Cam Akers produced well in his rookie season, where he rushed for 625 yards and two touchdowns. While the stat totals may appear to be low for Akers, it is worth mentioning that he split carries with fellow running back Darrell Henderson that season. Given his production as a rookie, Akers became one of the most targeted breakout candidates for the 2021 season.

Unfortunately, fantasy players would end up being disappointed as Akers would only play in one regular season game in 2021 as he spent most of the year recovering from a torn Achilles tendon. However, he was able to return for the Rams’ Super Bowl run … but his stats were not great. He can be given a pass as he was not supposed to come back as early as he did, and it was surprising to see the Rams bring him back at all.

As for 2022, Cam Akers appears to be fully healthy and ready to manage a full workload once again. The Rams’ coaching staff is clearly committed to him as they felt comfortable giving such a young player important touches in a deep playoff run last season. Akers is once again a breakout candidate for 2022 and it would not be surprising to see him become the top back in the Rams backfield this season.

Three picks after the Rams selected Cam Akers, the Baltimore Ravens selected running back J.K. Dobbins in the second round of the 2020 NFL Draft. In his debut season, Dobbins eventually became the lead back in a rush-heavy Ravens offense and rushed for 805 yards and nine touchdowns, despite sharing carries with Mark Ingram and Gus Edwards. This performance caused Dobbins to fly up draft boards for 2021 as he was in a great position for another strong performance.

Unfortunately for him and fantasy players, Dobbins would miss the entire 2021 season with a torn ACL suffered in training camp. After missing last season, Dobbins appears to be on track to be available for the Ravens' Week 1 matchup against the Jets. It is worth mentioning that Dobbins’ ceiling is capped by his lack of usage in the passing game and that fellow running back Gus Edwards (who also missed the entirety of 2021-22 with an injury) is returning as well. Regardless of these changes, Dobbins is only 23 years old and his past elite production in a rush-heavy Ravens scheme makes him a very solid RB2 target for 2022.

Decision Time: Which Running Back is the Best Draft Target?

Cam Akers and J.K. Dobbins are both emerging running backs in the NFL and it is very likely we have yet to see the best season from either of them. While both have had their fantasy stocks drop due to injury, they both appear to be fully healthy for the 2022 NFL season, which makes them valuable mid-round draft targets. The better of these two backs to target is Cam Akers, given that he has a clearer path to a three-down role. J.K. Dobbins’ has more competition for carries from within his own offense than Akers does, and Akers receives more volume in the passing game as well, which makes him the better target in the mid-rounds. However, both backs are more than capable of producing strong 2022 seasons and both should be valued as RB2s heading into 2022.