Dr. Salem breaks down the most recent MLB injuries, and what to do if these players are on your fantasy baseball rosters. 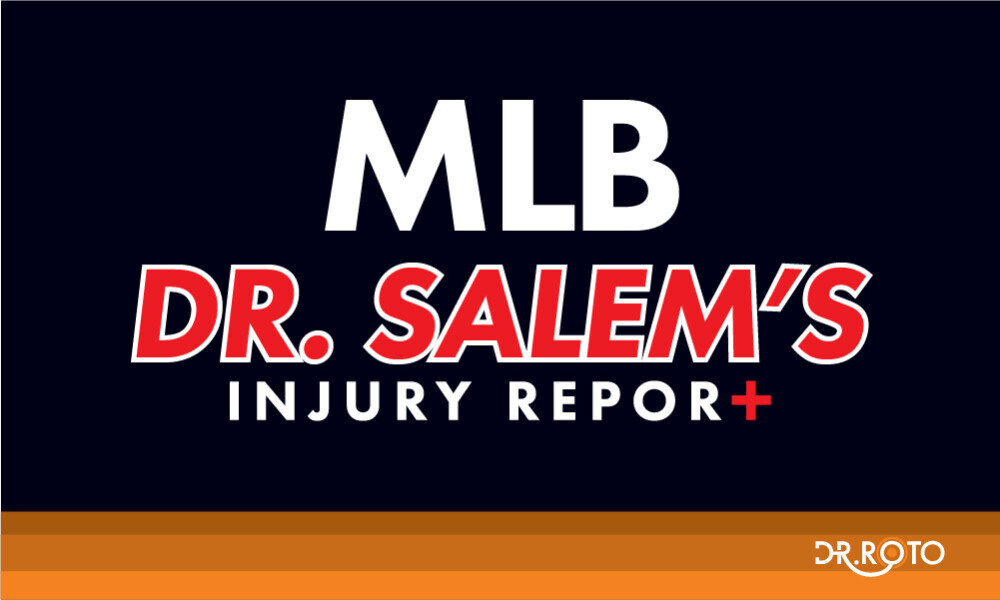 Hello and welcome to the Fantasy Baseball Injury Report. Throughout the season I will give my take on the severity of various injuries around the league. If you have questions about any of the terms used in this article, check out my fantasy baseball injury glossary.

Placed on IL with flexor strain in right elbow.

My take: Buehler was obviously pitching through an injury as he had an 8.76 ERA over his last three starts. This injury appears to be a significant Grade 2-3 strain where Buehler will not throw for six to eight weeks. Do not expect a return until mid-September at the earliest.

Placed on 60-day IL with fracture of left foot.

My take: Albies broke his foot on a swing at the plate. The torque from his swing caused a fracture in his 5th metatarsal, requiring surgical correction. Foot fractures requiring surgical correction heal very slowly due to poor blood flow to bones in the foot. I am not hopeful Albies will return before at least three months but more likely, he will miss four months. In addition, if he returns too quickly there is a high risk of re-injury.

Out for the season after undergoing wrist surgery.

My take: Bad news for Rendon, the Angels, and his fantasy owners. He is looking like a huge free agent bust who still has four years left on his 35 million dollar a year contract. Ouch!

My take: Betts' MRI revealed a fracture not originally seen on X-ray. An injury to one rib usually heals well with rest and Betts should be able to return in four to six weeks. He was off to a great start with 17 HRs and six SBs, and should pick up where he left off on his return.

Out for season partial tear of the ACL in his right knee.

My take: This is simply horrible news for Lewis who already had ACL repair of his right knee in 2021. He was finally healthy and now will be out for 12 months. I will be rooting for him for the rest of his career.

Still not cleared to swing a bat after suffering fracture to scaphoid bone in his left wrist.

My take: Like bones in the foot, the scaphoid has limited blood supply, which slows down healing. It is looking like August is a realistic expectation for Tatis' return.

My take: It appears Hendricks has a Grade 1 strain and will be out for at least three weeks. The #2 closer coming into most drafts this season has started throwing with hopes of returning by July 1st. Kendall Graveman will be the closer until he returns.

My take: This comes after Megill was on IL with biceps tendinitis. He now has injured his biceps and shoulder, which are all part of the kinetic chain of throwing a baseball. If one component of this chain is damaged and not working correctly, the remaining parts must compensate. Megill, a promising right-hander, will not throw for four weeks and will likely not be back until September.