Derek Tate breaks down some of his favorite prop plays on Monkey Knife Fight for Week 17's opening game of the Sunday slate of NFL action. 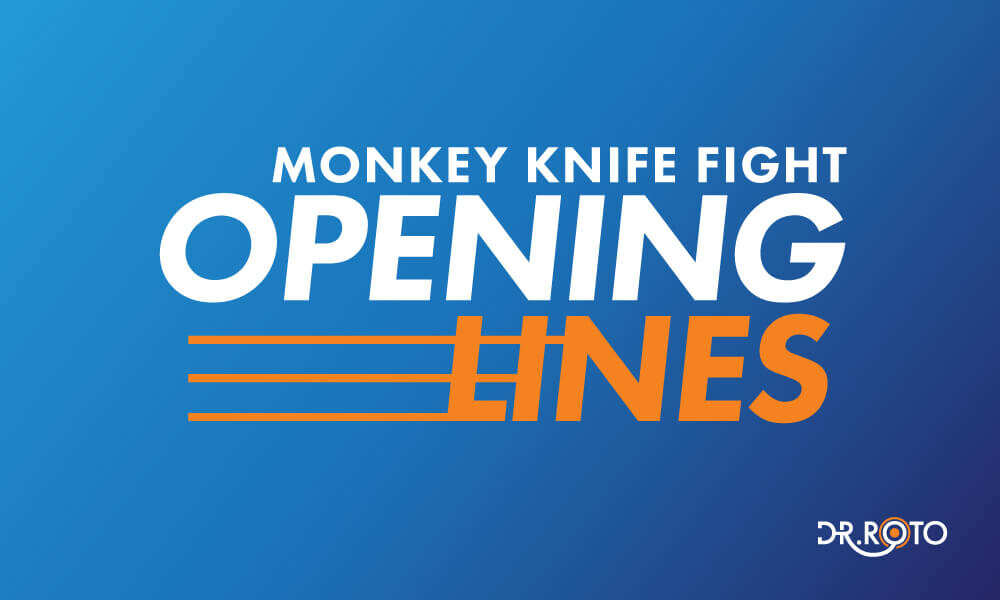 The NFL doesn’t have a Thursday Night game to sink our teeth into, but this showdown between two teams jousting for playoff position (Atlanta Falcons & Buffalo Bills) has a pair of prop lines I love for Week 17.

If you saw my take from last week, I mentioned getting back on board the Jimmy G train. And this week produces much of the same sentiment. Now Josh Allen hasn’t been nearly as inconsistent as Garoppolo, but the early season MVP candidate has had an up and down second half. However, the big-time performances are beginning to surface once again. I expect him to have another solid performance this week against a defense that gives up almost 245 yards through the air. The return of Cole Beasley will certainly help and it will be interesting to see if Isaiah McKenzie can build off of a fantastic outing against New England.

In the case of Matt Ryan, the outlook is a bit murky. He’s only gone over this week’s mark twice in the past five games, and he could have a tough time against the league’s overall top unit. With Kyle Pitts being the only true passing threat, I anticipate the Buffalo secondary making life difficult for Matt Ryan. The one thing to keep an eye on is if the Falcons are down so big they exclusively go to the pass.

One part of this particular play for this week gives me warm feelings as we turn the page to a new year. The other not so much, and if things don’t work out, I can always blame it on the stress that ringing in 2022 can bring. All jokes aside, given the recent trends of both QBs, it is safe to say that Allen will produce more yardage through the air in this game.

This is a far cry from the high-powered offense that the Falcons rode to a super bowl. The only bright spot has been Kyle Pitts, coupled with a mediocre at best o-line, and it’s not exactly a recipe for success against a secondary that gives up less than 175 on average.

For the rock totters, this is about as close to a coin flip as possible. In the case of the swiss army knife that is Patterson, the opportunities/chances just have not been there, with only 18 carries for a grand total of 32 yards in the past 2 games. Hard to imagine him getting anything going on the road. For Singletary, his output on the ground is hard to predict as well, as the Bills are one of if not the worst team when it comes to handing the ball off to the running backs. Allen’s unique skill set hinders the carries because he’s such a threat on the ground. Even though Buffalo doesn’t run it much, it should still be enough for Singletary to have a noticeable gap on Patterson.