Trevor Hillstrom sorts through an intriguing Week 15 of NFL action to identify the top DFS plays to help you get in the green. 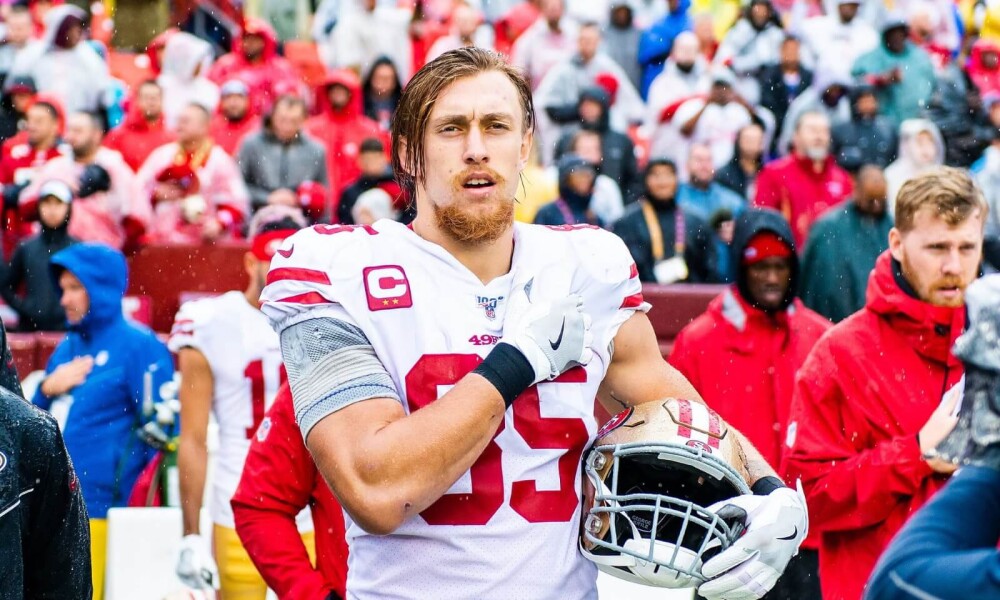 Week 15 appears to be a low-scoring week as the highest NFL total is 47.5. We will look to attack the weak defensive teams in the early slate. In the late slate, we build our lineups with those who have been consistent and hot.

Great matchup for Tua against a hapless Jets defense. He threw for 273 yards and 2 TDs at New York a few weeks ago and this time he gets them at home. The loss of WR Jaylen Waddle could mean lower ownership but he will have WR DeVante Parker who he didn’t have in the earlier matchup. I think there is a chance the Dolphins trade Tua this offseason and the Jets are a good team to showcase all his talents.

Dak has too many weapons and could easily break the early slate at this price. In the first matchup, he scored 25.7 fantasy points and they spent the 4th quarter running the ball with a big lead. I expect at least 25 points again this week.

Must look for the status on Conner as he sustained an ankle injury last week. If he is starting then he is almost a must-play as he scores almost every week. Connor’s consistency this season has been remarkable and look for him to score another 20 plus fantasy points. If he is out then we have to look at the status of RB Chase Edmonds.

I will play Robinson in half my early slate lineups. We get Robinson at a reduced price because the volume has not been there. This week I think they will rally and beat the Texans meaning increased fantasy production for Robinson who should push for 20 touches. 20 plus fantasy points should be well within reach.

Foreman has clearly emerged himself as the Titans lead back. The way to attack the Steeler’s defense is on the ground as they have been gashed. Forman is a solid, hard runner and Tennessee should open enough holes where he finds the end zone.

Again we have to watch the status of the RB situation for the Arizona Cardinals. If James Connor is out then Chase Edmonds is a must-play if he is activated off IR. If both Edmonds and Benjamin are out then Benjamin becomes a must-play in all DFS formats.  We MUST get a piece of the Cardinal running game vs Detroit.

Johnson is a target machine and Big Ben’s go-to guy. He has the lowest floor on the slate and he has the ability to score 30 plus fantasy points. Tennessee is a very good matchup and he catches at least 8 balls.

WR DeAndre Hopkins is out for this game setting up what could be a big game for Kirk. The Lion’s secondary is not very good and the WR trio of Kirk, Christian Kirk $5,300, and Rondale Moore $4,400 are all in play. I am picking Green as my first option as he is lower price and had 10 targets last week.

Should be the number 1 receiving option with WR Jaylen Waddle out and I will play him in all lineups involving QB Tua Tagovailoa. He had 5 catches against the Giants in week 13 and I expect him to increase that number to at least 7 which will lead to increased fantasy production.

Gesicki had 11 targets with 7 catches the last time out. This week he has a favorable matchup and target shares should be there with WR Jaylen Waddle out for this game. The early slate theme is to go against the Jets with the Dolphins receiving options.

Philadelphia is dead last defensively vs the tight end which should lead to decent fantasy numbers for Seals-Jones. Last week Washington’s pass protection was lousy so this week I expect them to throw more short intermediate passes and that should lead to the tight end.

I believe he has the highest floor and ceiling on the late slate. Seattle gave up 331 yards passing to Texans QB Davis Mills and 299 yards passing to QB Jimmy Garoppolo. Stafford may be in line for 350 yards and may easily break the afternoon slate.

Great match-up this week and he is priced way too low with the weapons he has. He has eclipsed 290 yards the past 2 weeks and Atlanta is 31st vs the pass. Another 250 yards should be in order and let’s look for 3 touchdowns.

I will play him in some lineups if QB Lamar Jackson is ruled out. He has the ability to gain over 50 yards on the ground and can extend plays in the passing game. He should find himself to 20 fantasy points which would make him great value to buy high-priced players at other positions.

Atlanta and the San Francisco 49ers have the highest total for the late slate at 46.5. Patterson has been the most consistent offensive Atlanta player and fantasy points have to come from somewhere. His floor is 12 FPTs but his ceiling is mid-20s.

Gordon continues to get a lot of volume and this week he gets Cincinnati at home. Fellow RB Javontae Williams was held out of practice with a swollen leg and if he is ruled out then Gordon becomes a must-start in all late slate lineups.

Kupp is the number one fantasy receiver for a reason and is a must-start every week. He has the ability to score 30-plus fantasy points each week and you just can’t make that up in a 4 game slate.

Jefferson has had over 14 fantasy points the last 3 games and WR Odell Beckham could miss this week with Covid 19. I have no problem matching him up with WR Cooper Kupp.

Kittle has broken the slate the past two weeks and he could do it again. His price is high but his points are going to be difficult to replace with a four-game slate. He is a must-start in lineups involving Jimmy G.

He has a good match-up against the Seattle Seahawks who are 28th vs the tight end. He could get an increased target share if Odell Beckham is out.