Al White pinpoints the top players to target on this week's CFB DFS slate. Who should you roster on DraftKings and FanDuel? Find out in the Coach's Game Plan... 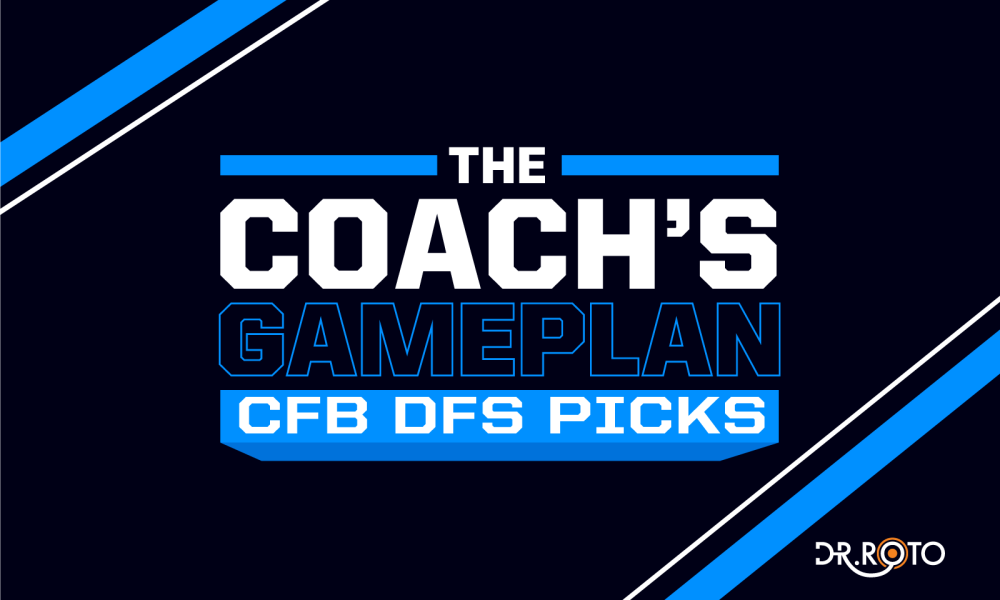 We all learned a valuable lesson last week. NEVER fully fade the Red River showdown. Oklahoma and Texas once again put on a show for their fans. The average total in that game from the last five years is 84.2 points. Lesson learned, next year we stack it and move on.

As we move on to week seven, we have a few games to mention from last week. Alabama took a loss at Texas A&M, dropping themselves to fifth in the FBS standings. Number 3 ranked Iowa fought hard to fend off a relentless Penn State team. BYU took a surprising loss to Boise State at home. Georgia handled business at Auburn, proving they deserve the number one ranking in this week’s FBS poll.

The best team matchups this week will be #11 Kentucky heading to #1 Georgia. As well...