Brandon picks a player from each NFC West team that he thinks will disappoint fantasy managers in 2022. 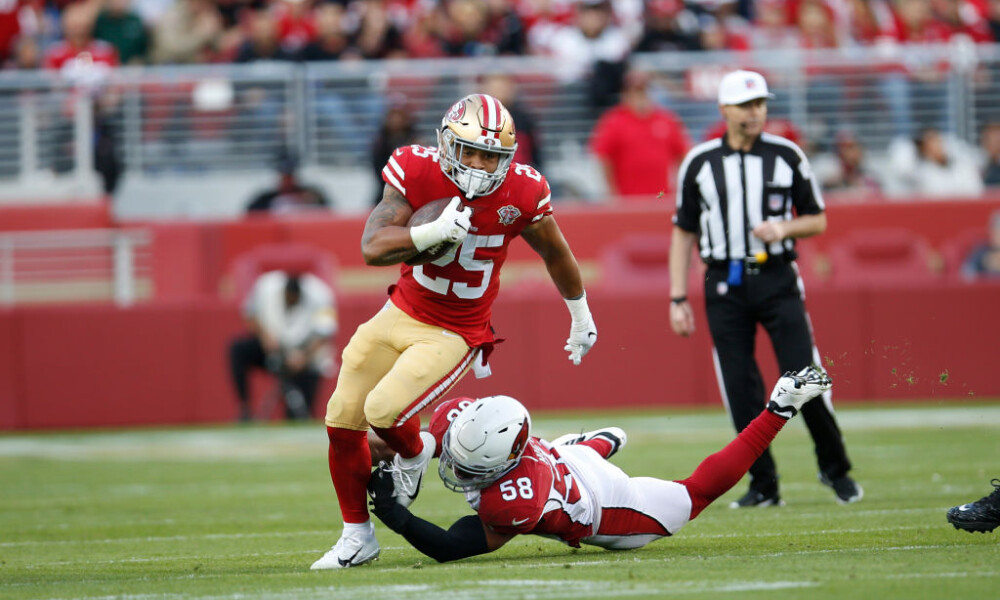 Fantasy Football produces new stars every year. Players will come out of nowhere to swing leagues of every form. With that; comes players that will disappoint and leave you wondering what happened. Here is a player from each NFC West that might disappoint in 2022.

A.J. Green had a nice resurgence to fantasy relevancy in 2021 after looking like his days as an impact player were over. He will step in as a starting wideout early for the Cardinals while DeAndre Hopkins serves his six-game suspension. Once Hopkins returns though, Green may see his target shares drop significantly, and he could wind up on waiver wires later in the year. If you draft Green, don't hesitate to shop him early if he has a hot start.

After tearing his Achilles in training camp, it looked like Cam Akers would miss the 2021 season. Instead, he made a miraculous recovery and returned for the Rams playoff push. Akers is a talented back, but Darrell Henderson Jr. will be getting carries and the Rams aren't shy about playing multiple backs. Rookie Kyren Willaims could also see some run as the season goes on. Akers is a fine addition to most fantasy rosters, but draft him as a luxury, not as a difference maker, which at his current ADP as a top-20 RB means avoid him entirely.

Mitchell finished the 2021 fantasy campaign as RB13 in points per game in Standard scoring, and had an impressive workload for a run heavy 49ers team. Mitchell was good, but not exactly special for a 49ers team that likes to mix in multiple runners. Deebo Samuel, assuming he is not traded, will certainly see his share of backfield touches after last year's success. With new third-round pick Tyrion Davis-Price now on the team and Trey Sermon also looming, Mitchell might be a good candidate to see his production drop as the year moves along.

Lockett was a favorite target of Russell Wilson for many years, and had the capability to put up 30-plus fantasy points on any given week. Now with Wilson gone, the Seahawks will likely move to an even more run-heavy approach with either Geno Smith or Drew Lock starting. Lockett will probably see his target totals drop, and could easily sink from a dependable WR2 to a week-to-week flex player.