Be sure to read Dr. Roto's Prescription Notes to get ready for the final week of regular season fantasy action! 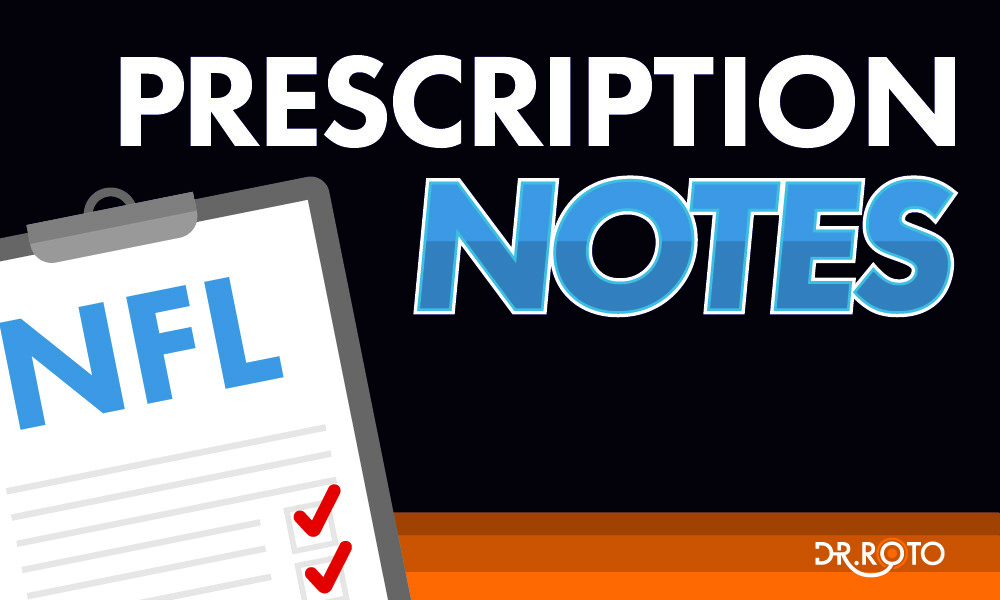 --Going into next season Josh Allen has to work on his ability to play better against cover two defenses. If you take away his rushing touchdowns he was actually terrible, only throwing for 120 yards with three interceptions. Also struggling against this type of coverage is Stefon Diggs. Make a note now to look at the Bills playoff schedule before next season and if they're playing teams who play cover two defenses in the fantasy playoffs this team is something to avoid. However, if they're playing teams who play man-to-man defenses then I'm very interested.

--As the Giants head into this offseason I think they clearly need to clean house. The only player who did anything of note in the...