Use Doc's Visionary Plays to sort through the toughest week of the fantasy season! 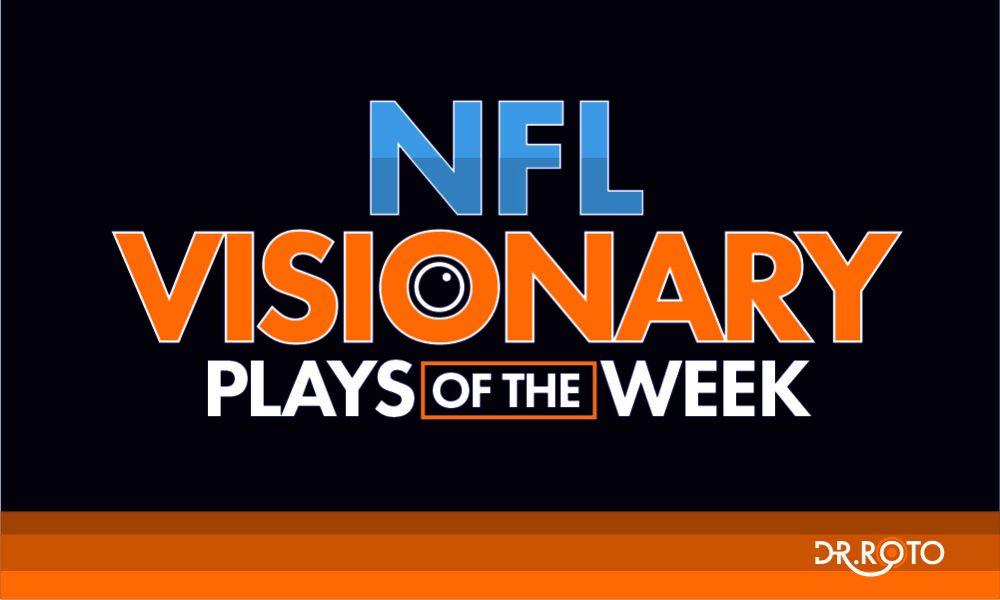 This is the toughest week of the season as you never know who is going to play in each game and for how long. But every now and then you can find a gem like ex-Packers QB Matt Flynn who threw for six TD passes in a meaningless Week 17 game.

In a week where it is hard to find something to play for the Bills will win the division if they can beat the Jets at home. That should be all the incentive that Allen will need to have one of his best games of the season.

The Cardinals are already in the playoffs, but they need a win and a Rams loss to win the division. Seattle’s defense is awful and ripe for the picking and I expect Murray to have a huge game.

If the Saints want to make the playoffs they're going to have to beat Atlanta on the road. Hill has been more impressive than people realize, and he wants to leave the coaching staff with a good impression to give him the best possible chance to be the starter in 2022. We haven't seen a rushing touchdown from him in a while and I think he can get one this week.

The Bengals really have nothing to play for and I don't expect that their starters will be on the field. Chubb disappointed greatly last week and I think he bounces back with a 100-yard game and two touchdowns.

I'm not sure for how long the starters are going to play for Green Bay but I do think that this is a great spot for Dillon to get another 25 carries and a touchdown.

Derrick Henry is likely to return in two weeks when the Titans play their first playoff game which means that this could be Foreman's last opportunity to put film out there for other teams to look at this offseason. He could be a starter in this league next year so he has all the incentive to play well against a bad Houston run defense.

Kupp needs 12 catches to break Michael Thomas’ single season record. While I don't think he's much of a record chaser I do think the Rams are inspired to do what they can to give him every opportunity to break it. I think it happens this week and I can't imagine not playing him in DFS.

When people look back on Diggs’ season I think they will look at him with disappointment but the truth is his peripherals are similar to last season. Diggs thrives in man-to-man coverage and I think that he will see a bunch of that from the Jets this weekend. He feels like a lock for 100 yards and a touchdown.

Both the Bears and the Vikings have nothing to play for and this very well may be both Matt Nagy and Mike Zimmer’s last games as head coaches. Justin Fields will not be playing due to COVID and I think that Andy Dalton will want to have one last game where he goes out in style and throws a few long passes to Mooney along the way.

With a playoff berth on the line I fully expect that Waller will be playing against the Chargers on Sunday night. This Chargers have struggled all year against opposing tight ends and Waller is clearly one of the best plays of the week. If you're lucky enough to have him and you're still playing for fantasy championship he could lead you to a title.

Knox always seems to have a better chance to score a touchdown at home than he does on the road. In a game that's likely a blowout I think that Knox finds the end zone.

So long as Bates doesn't get injured on Sunday, he will likely play about 95% of the snaps. Although only a rookie he has done a credible job with Logan Thomas on the IR and Ricky Seals-Jones injured for the past few weeks. The Giants always seem to struggle covering opposing tight ends and I think that Bates will be a key part of the Washington offense.