Doc kicks off our Fantasy Football Draft Kit with your first prescription of Visionary tips for the 2022 season. 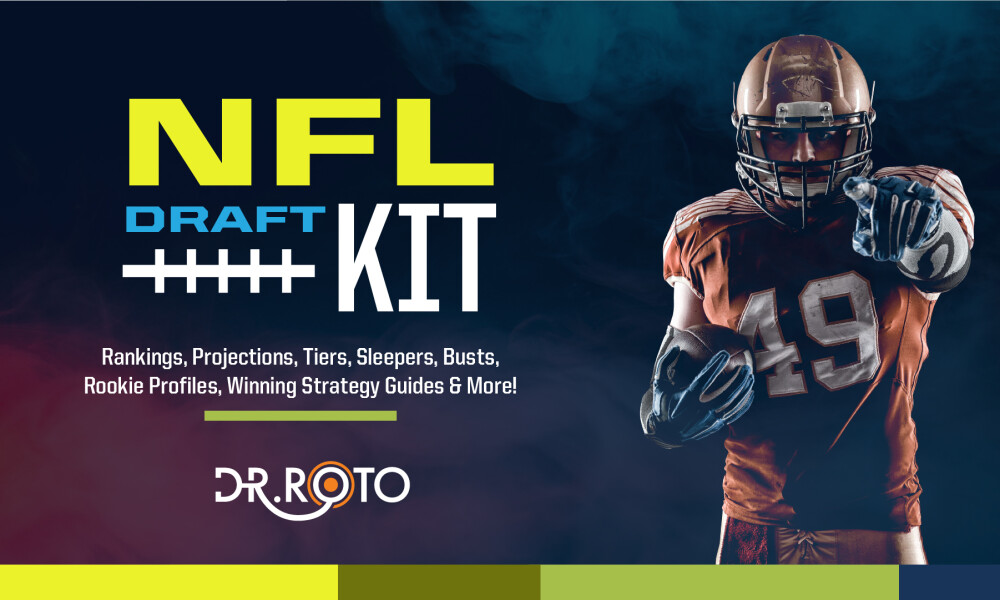 Let’s get the party started!

It is July 1st, and for many people today kicks off the beginning of the 2022 fantasy football season. We at drroto.com are ready to provide you with the best fantasy football information that you can use not only for your drafts but throughout the season.

Many people think that the season ends as soon as the draft is over, but the draft is only just the beginning of the hard work. It's how you work the waiver wire, trade market and roster decisions each week that determines whether you are going to make a run at a fantasy football championship.

One of the crucial things that needs to happen to win your league is to focus on the upcoming year and not what happened last season. 2021 doesn't matter anymore. I use it only as a basis of knowledge but it's certainly not anything more than that. I start looking at what's going on right now to figure out how I'm going to win my fantasy football leagues. Whether it's a change in coaching staff or a different offensive or defensive formation, it is critical to think ahead and to find the upside that is going to give us an advantage.

What's also critical is to figure out how to draft for depth because in today's NFL there are so many injuries and matchup advantages that we need to analyze. If we have the wrong player in the wrong match up it can cost us a victory.

The other thing that I want to convey is that having a draft strategy is critical to fantasy football success. As many of you know I refuse to take a quarterback before Round 7 of any league (except in Superflex formats). In the first six rounds it's not even a thought in my mind. Same thing goes with tight end – I'm not even starting to look for tight end until Round 9. It's having precepts like this that keeps us on target at our drafts and helps us build the right roster construction to win even the deepest of leagues. So many people lose fantasy football leagues because they don't care about their fifth running back or sixth wide receiver. I care about every single pick on my team!

With that in mind, let’s look at a few Visionary nuggets that I think might help us separate from our competition this season:

These are the kind of nuggets that I am committed to giving to all subscribers at DrRoto.com. Your success is paramount and I am going to do whatever I can to help you win your fantasy league this season!