Bryce breaks down four big-name players that might be on their way out of the AFC South. 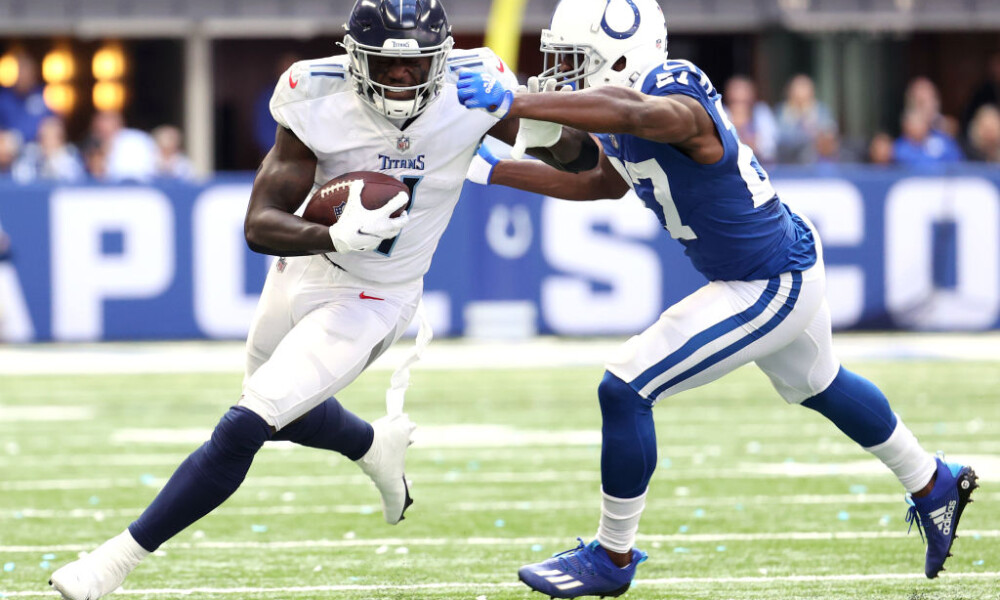 We are in the midst of the NFL offseason! Draft season is upon us, big-name free agents are still available and the trade rumor mill is running wild! The time to strike is now for some of these AFC South teams to take advantage of other teams around the league and obtain valuable draft capital teams desire so much these days (unless you are the Los Angeles Rams).

Four AFC South Players That Should Be Traded

The 2020 second-round pick was forgotten about for much of last season after a solid rookie season. Shenault hauled in 58 passes for 600 yards and five touchdowns in 2020, but 2021 was a different story. After the Jags lost star wideout D.J. Chark early in the season, it looked like the door open for a breakout season for Shenault, but to say that Shenault’s season performance was underwhelming would be an understatement.

Shenault finished similar numbers in the reception and yards department but failed to catch a touchdown. With Jacksonville adding Christian Kirk and Zay Jones to the fold, it seems as if Shenault could be lost in the shuffle. Shenault could be an X-factor WR2 or a good slot receiver for any team willing to give up a day two pick. The Jags should jump all over that while his stock is still somewhat high.

Robinson was recently franchise tagged for the second consecutive season by Jacksonville. Elite left tackles are hard to come by, and Robinson is as good as they come, so he will likely not be happy with the back-to-back tags in lieu of a big extension. It is hard to imagine that both sides will come to an agreement if you look at how franchise tagging talented offensive lineman has worked out in the past for other teams recently (see Brandon Scherff and Orlando Brown, Jr.).

At only 26 years old, Robinson would fetch quite a haul if the Jaguars choose to trade him. Now-Chiefs’ LT Orlando Brown, Jr. was traded from Baltimore last season after he was franchise tagged by the Ravens for a first round pick and more, so if that is any indication of what a Robinson trade would yield, it should definitely be explored by Jags' GM Trent Baalke.

Cooks is a player that has been in plenty of trade rumors recently. The eight-year veteran would be a perfect addition to any roster that is built to win now, which the Texans certainly aren't. Cooks had a fabulous year last season despite having a rookie QB at the helm most of the season. The 2014 first-round pick posted over 1000 yards and six touchdowns and was far and away the most productive receiver on the team.

Reports say Houston is looking to get a second-round pick for Cooks, and if they are able to get that, the Texans should take the deal. Second-year receiver Nico Collins could have a breakout season this year, making potentially losing Cooks not feel as bad. On the other hand, keeping Cooks would benefit sophomore quarterback Davis Mills as he continues to grow, so there's a chance Cooks joining a fourth new team isn't an entirely foregone conclusion.

Brown is another name that has suddenly appeared as a “name to watch” in the trade market over the past few days. Although it sounds ridiculous to get rid of a guy who could arguably be the best wide receiver the Titans franchise has ever had, the move could make sense. Brown is in the last year of his rookie contract, so trading him would get Tennessee off the hook for providing a large contract that Brown has undoubtedly earned.

Tennessee has proven over the last few years to be a run-first offense with Derrick Henry heading up the backfield, and the Titans continued to win games while Brown was sidelined with injuries. The Titans have also invested recently in the WR position drafting Dez Fitzpatrick and Racey McMath in last year’s draft and then trading for Robert Woods, who carries a hefty contract of his own, this offseason. Tennessee could potentially grab a second or third round pick for Brown if they decide to trade him, but the more valuable long-term asset might be not breaking the bank for an injury-prone, albeit talented, WR.