Bryce breaks down the top rookie Quarterbacks and their potential for the upcoming seasons. 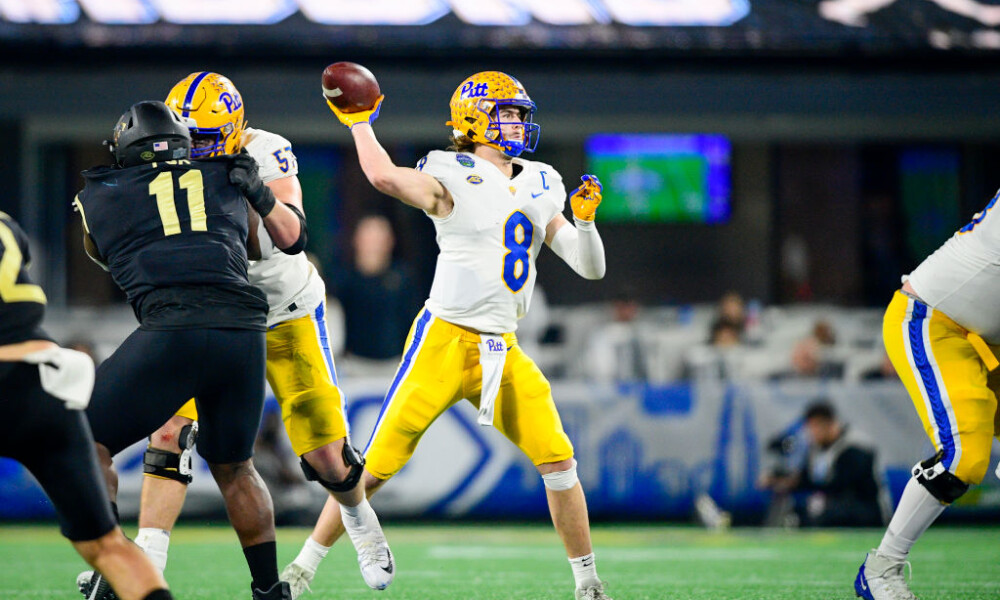 The NFL is a quarterback-driven league. There are no bones about it, but when it comes to fantasy football, quarterbacks can be streamlined all season long unless your name is Patrick Mahomes or Josh Allen. This year’s NFL draft yielded surprises surrounding the mentioned position. Only one QB was taken in the first round, and another QB was not taken until the third round. So what hope does this year’s QB class have of starting this year or ever having a starting opportunity in the league?

With the retirement of Ben Roethlisberger, the Steelers found themselves searching for a quarterback for the first time since 2004. Pittsburgh signed former Bears and Bills quarterback Mitchell Trubisky, but he has been viewed as a stop-gap for the next franchise quarterback. It seems that the front office in Pittsburgh believes Pickett is their guy as they took him 20th overall. It will come down to training camp to see who will emerge as the week one starter. Pickett will be the starter for this franchise but the question is when?

The outlook for Pickett has strong potential because hand size does not matter if you can play. If you are playing in a dynasty league, Pickett would be worth picking up in a rookie draft in later rounds. Pickett has a good arm and accuracy to go with it. He will have guys like Najee Harris, Diontae Johnson, Chase Claypool, George Pickens, and Pat Freiermuth around him to take the pressure off. If you play PPR, Pickett would more than likely go undrafted in most drafts. Pickett would be a great addition if streamlining quarterbacks is your thing. His ability to scramble and make plays with his feet from time to time plus the skill position talent gives him enough intrigue to put up points for your squad.

Ridder was the second quarterback taken in the draft, but not until the third round. Atlanta was looking for their first quarterback since 2008 after expressing interest in Deshaun Watson and essentially chasing Matt Ryan away. Marcus Mariota seemed to be their answer based on Head Coach Arthur Smith’s familiarity with Mariota from their time together in Tennessee. What is shocking about this pick is the fact that Ridder has a similar skill set to Mariota and second-string QB Feleipe Franks.

The outlook for Ridder is not as high as Pickett, but there could be scenarios where Ridder could be the starter for Atlanta. Ridder has shown some inconsistencies in the passing game, but his athleticism and running ability can cover up or prevent some mistakes. With Mariota on a two-year deal, Ridder could be a sneaky stash for dynasty leagues given Mariota’s injury history. For those in PPR leagues, Ridder would be a pickup option if Mariota is hurt and a QB is desperately needed for the upcoming week.

Willis was highly touted coming out of Liberty University and gained media attention, but he fell to the third round to the Titans. Does this spell the end for Ryan Tannehill and that mammoth contract of his? Time will tell, but it does seem like this team has peaked with Tannehill under center. Willis is not the best passer in this draft but is far and away the best running quarterback in this class. The situation will be one to keep an eye on depending on if Tennessee begins to lose a few games at the beginning of the season.

Willis is a must-have in rookie drafts. Drafting a quarterback like that in the third round to not play him at some point does not make a lot of sense so Willis will get an opportunity at some point to play maybe as early as this season. If Willis doesn’t start, he could have some special packages designed for his strengths that could result in touchdowns. If he does become the starter, expect Jalen Hurts-esque game plans that include RPOs and designed runs. For PPR players, Willis would be worth picking up if he becomes the starter or streamlined for a week if Tannehill becomes injured.

Corral fell to Carolina in the third round and could very well be the starter in Carolina in week one. Sam Darnold is the only competition so far for Corral making this the easiest job to win out of all of the rookie quarterback situations. Head Coach Matt Rhule seemed to lose confidence in Darnold last season even though it was Darnold’s first season in Carolina and he battled injuries. Corral is a bit of a project quarterback, but he has the swagger and confidence to potentially be the franchise cornerstone.

Weapons such as Robby Anderson, DJ Moore, and a healthy Christian McCaffrey fit Corral’s explosive type of play. Corral also has the ability to extend plays and tuck and run if need be. Dynasty players should take a hard look at the Ole Miss product because he could start sooner rather than later like the quarterbacks taken before him. Darnold has an injury history so if he were to be selected as QB1, there is potential Corral could see the field by default. With Rhule likely on the hot seat this season, he could make a quarterback switch to Corral, assuming Darnold is QB1, to catch lightning in a bottle and turn the season around.