Bryce highlights the key stories you need to pay attention to as NFC South teams start taking the field for training camp. 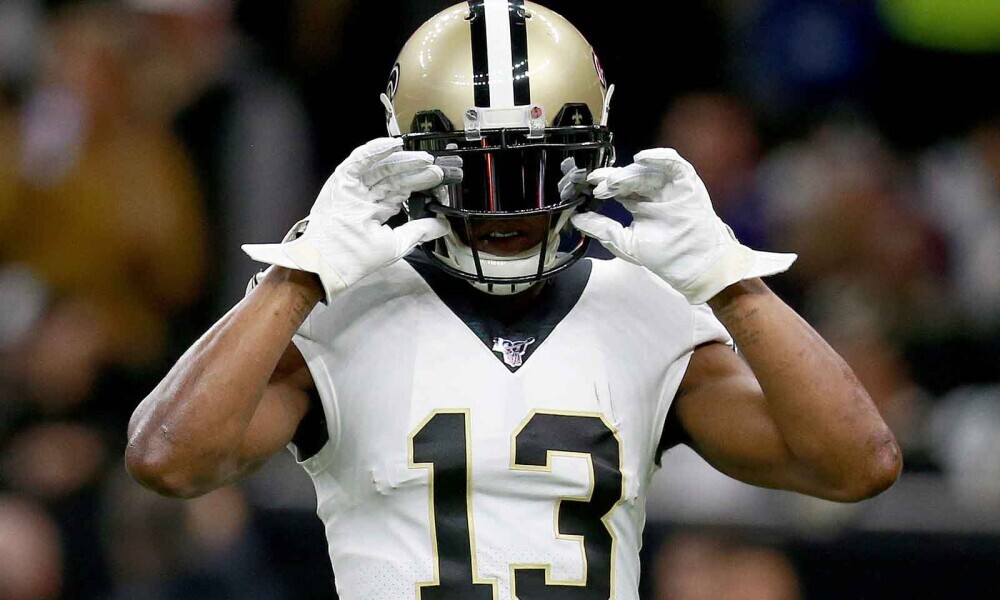 As OTAs wrap up and mandatory minicamps kick off, it’s time to watch and listen to players and coaches. Injuries, first impressions, and position battles are something to keep you eyes on as they can have huge fantasy football implications. Here are a few things to watch during camp in the NFC South:

Will CMC's Workload Be Reduced?

The biggest storyline fantasy managers are following concerning the Panthers is Christian McCaffrey and his health. Head coach Matt Rhule has already mentioned that CMC will not play in any preseason games to preserve his health. Barring any injuries during camp, McCaffrey should be ready all systems go for Week 1. As of now, CMC is projected to be drafted in the first round of drafts, but watch for handcuffs this season to spell the Panthers franchise player. Chuba Hubbard is still in the backfield as well as offseason addition D’Onta Foreman. The former Titan clearly made an impression on Rhule last season, as he said: “You see the way he played last year, he ran with power, ran the wide zone game, but had long speed to get down the field.” McCaffrey is still a first round pick, but be mindful he may not put up the same amount of points he did his first couple of years in the league.

The Panthers are still looking for their franchise quarterback but for now they will settle for any quarterback that will make them competitive and take advantage of the talent they have at wide receiver. Watch for who the Panthers go with at quarterback before you draft any Panthers pass catcher. Sam Darnold says that he is “confident he can be one of the best quarterbacks in the league,” but when have we seen enough to determine that? Carolina drafted former Ole Miss QB Matt Corral who could potentially see the field this season if Darnold’s confidence is not what he says it is. Rumors have also connected the Panthers with another Cam Newton return or a potential Baker Mayfield trade or signing if Mayfield is cut. Too many questions right now to draft a guy like DJ Moore as a WR1 or WR2 right now.

Will Alvin Kamara Be Suspended … And Who Is His Handcuff?

Alvin Kamara made headlines following last season’s Pro Bowl, and not in a good way. Kamara was arrested on battery charges with his court date set for August 1st. There is the potential for Kamara to be convicted, or even if not convicted face discipline from the NFL. This leaves the Saints’ running back position in limbo. Guys like Mark Ingram and Tony Jones Jr. could fill this role until Kamara comes back if suspended, but watch out for the Saints to bring in a veteran that could contribute this season either via free agency or trade.

How Will New-Look WR Room Shake Out?

With Jameis Winston back under center, the Saints focused on getting more weapons to retool this offense. Michael Thomas is still not on the field but is “heading in the right direction” according to new head coach Dennis Allen. New Orleans drafted former Ohio State WR Chris Olave with their first round pick, who Saints GM Jeff Ireland compared to Marvin Harrison due to his smooth, silky play. To top it all off, Jarvis Landry was signed this offseason to bolster the pass catching core. Landry has reportedly put in solid performances in OTAs so far and has been a great addition to this team. Watch for more reports surrounding the receivers as camp progresses along this summer.

One of last year’s fantasy studs Cordarrelle Patterson did everything for the Falcons last season. This coming season could look a little different for Patterson. Early reports say Patterson could be lined up more at receiver and used in the backfield sparingly, and rookie running back Tyler Allgeier could be the lead back on early downs. However it's tough to imagine Allgeier shouldering a majority of the carries for Atlanta after they signed Damien Williams this offseason as well. It will be interesting to watch throughout camp how Allgeier progresses and if Williams stays on the roster when it comes to Week 1.

How Will Mariota/Ridder Impact Pitts and London?

Drake London was a questionable pick for Atlanta at eight overall, but regardless, London is talented and will help this Falcon team. The only thing holding guys like London, Patterson, and Kyle Pitts back is the quarterback situation. (Don’t worry, Kyle Pitts still should be viewed as a top TE in drafts.) Marcus Mariota is in line to start at the beginning of the season, but the Falcons drafted Desmond Ridder, who could potentially start according to head coach Arthur Smith. Tamper your expectations for Falcon wide receivers given the running mindset of the quarterbacks, but pay attention to if either Mariota or Ridder develop a favorite target throughout camp.

Is it finally Leonard Fournette’s backfield? That will be the biggest thing to watch at Bucs camp. With the departure of Ronald Jones, only Giovani Bernard, Ke’Shawn Vaughn, and rookie Rachaad White are left to compete for carries. Bernard is mainly used on passing downs, but Fournette posted 69 catches last season for 454 yards. Vaughn has been less than impressive since coming into the league in 2020, and White will look to prove himself in camp. Fournette could be looking at a solo backfield for the first time in Tampa Bay since he joined in 2020. Look for some of the other backs to make an impression on the coaching staff, but plan on taking a look at Fournette as a borderline RB1 this season in most drafts.

When Will Chris Godwin Be Back?

Chris Godwin is recovering from an ACL injury suffered towards the end of the season and could miss some games this upcoming season. However, Godwin’s pass catching teammate Cyril Grayson believes that Godwin is going to shock some people with how fast he could return. Keep tabs on how Godwin is progressing through his recovery, but have realistic expectations when considering where and if to draft him. With the addition of veteran wideout Russell Gage and Mike Evans returning, Brady will have plenty of options to still throw to while Godwin recovers.