Best Tight Ends to Pick Up for Fantasy Football Playoffs

Bryce Shadday outlines the best tight end waiver pickups for those of us struggling to find consistency or dealing with injuries at fantasy football's toughest position. 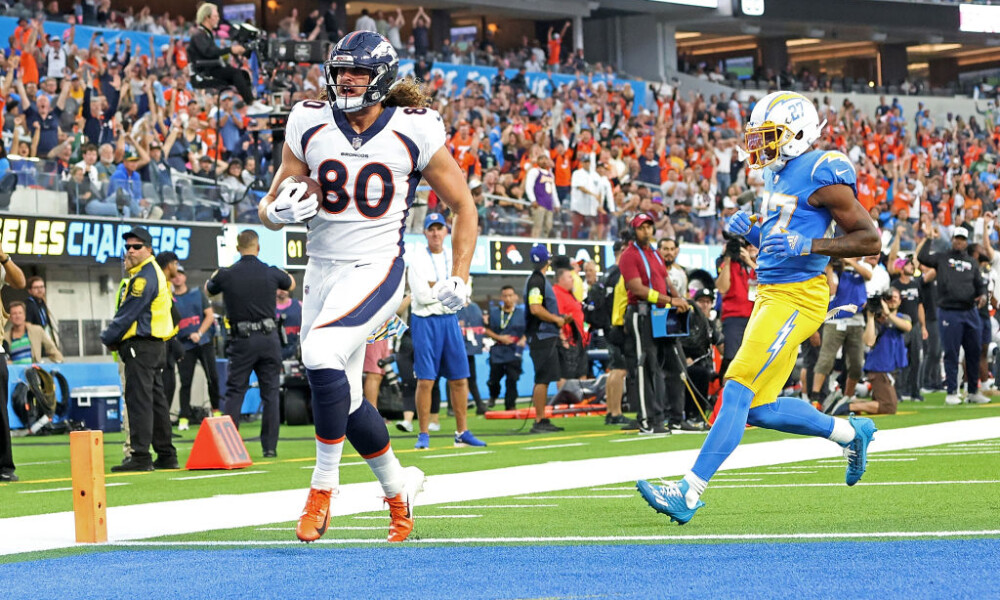 I know, my friend. This season has been tough for all of us. Another week where we all question if we know anything about football in general. Have no fear! We are here to help! This week, let’s take a look at streaming tight end options for those of use who were Kyle Pitts, Darren Waller, Dallas Goedert or Zach Ertz managers.

The converted WR has been balling of late. Over the last three weeks, Johnson is averaging 13.7 fantasy points and has scored a touchdown in each of those games. Even with the depth at tight end the Saints have, Johnson has separated himself from the pack. What makes Johnson even more appealing is his fantasy playoff schedule that includes Atlanta, Cleveland and Carolina. Currently, Johnson is only owned in 30% of leagues.

Check out where Johnson and teammate Taysom Hill fall in our Weekly Rankings for PPR, Half-PPR and Standard leagues!

This streaming option is a little bit about upside. With Waller on IR, Moreau plays close to 100% of the snaps for the Raiders. More snaps, more opportunities. Moreau and QB Derek Carr have a connection with each other, even though it hasn't yet quite shown on the stat sheet. Moreau has put up points in all but one game he has played this season, so if you just need some points, Moreau is your guy. Moreau is rostered in 48% of leagues.

The rookie missed the first five games of the season due to injury but posted double-digit points in his first three games. Dulcich has cooled off a bit the last two weeks following the bye week. However, the good news is that Dulcich plays over 80% of the snaps for Denver, and QB Russell Wilson is looking his way fairly often. Dulcich could remain a favorite target for Wilson as long as K.J. Hamler and Jerry Jeudy are out with injuries. Dulcich is rostered in 61% of leagues.

Conklin made waves in fantasy early in the season with Joe Flacco under center. He averaged 12 fantasy points in the three games Flacco started. With Zach Wilson at quarterback, Conklin’s fantasy efforts have dropped significantly. However, Jets HC Robert Saleh has announced a change at quarterback. He went with Mike White over Flacco, but the change away from Wilson may still be beneficial. Conklin is owned in only 19% of leagues.